Kashgar is one of the historical and cultural cities along the Silk Road in Xinjiang. This city is consisting of relics of ancient cities, frescoes, and Buddha caves. Remains of celebrities and charming folk buildings all tell the glamour and rich folk culture of Kashgar.

The topography of Kashgar is characterized by low in the north and high in the south. The highest Oiaogeli Peak and the lowest point in the Taklimakan Desert are separately 8611 meters and 1100 meters above the sea level.

As the statement, "Kashgar is not considered Xinjiang". Kashgar faces the Taklimakan Desert in the east, Karakorum Mountain in the south and the Ali region in Tibet in the south, and the Pamirs in the west. The tourist resources here are still rich, such as the largest Idigar Mosque in Xinjiang, exotic Terraced Households, the unique scenery of Karakul Lake, and the mousse she is silhouetted against The Mustag Peak, the highest elevation Hongqilafu Port, and the famous Sunday Bazaar, which highlights the local life ... These have gathered into the unique cultural atmosphere of the western region of Kashgar, the desolate plateau scenery, tall and pure The beauty of the snow-capped mountains touches every inch of your nerves. 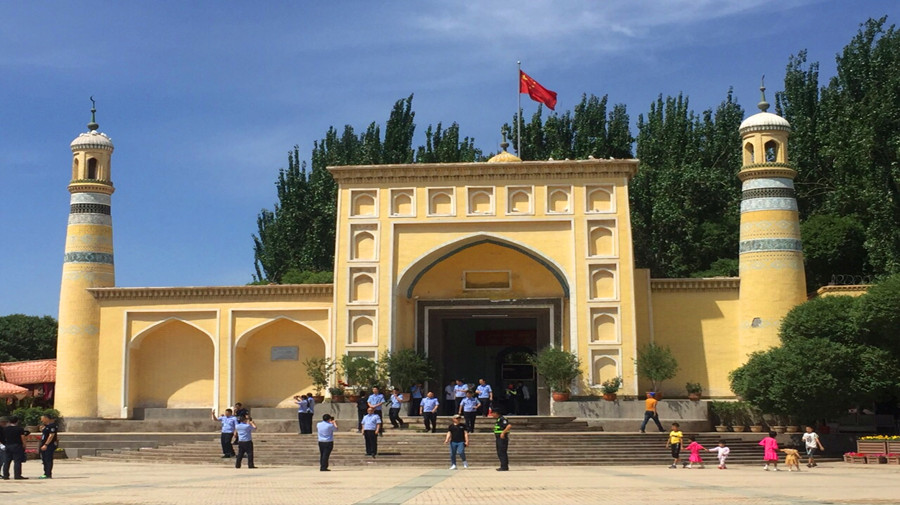 Kashgar was a place of strategic importance in the history of Xinjiang, contributing greatly to the exchange of eastern and western cultures. Kashgar means "green glasshouse or jade city". Today's Kashgar fully demonstrates the unique characteristics of the Uyghur culture. With the entry of the new century and the implementation of the West Development Strategy of China, Kashgar has stepped into a new stage. Nowadays, a railway reaches to Kashgar and it will extend to Kirgizstan. The international airport is being built and will be put into use in the near future. Furthermore, based on the favorite four ports. The highway runs through the city. At present, a new continental Bridge linking with Europe and Asia is coming into shape. A modern Kashgar is on the way.

Time in Kashgar: the same as Beijing time, GMT+8

Where Kashgar is Located?

With a total area of 146,000 square kilometers, Kashgar Prefecture spans 750 kilometers from east to west and 535 kilometers from south to north. Bordering the Taklimakan Desert to the east, Karakoram Mountains to the south, the Pamirs to the west, Kashgar neighbors with Tadzhikistan, Kirghizstan, Pakistan, and India. Besides, it is surrounded by Yerchang and Kashgar River. Kashgar Prefecture is a place with the coexistence of many ethnic peoples, among which the cultures of the Uyghurs and Tajiks show their beauties. Moreover, Kashgar has a reputation for the "home of song and dance". Hand drum and Dolan Meshrep are world-famous. In addition, Kashgar is well known as the land that abounds in almond, watermelons, sweet melons, grape, fig, and pomegranate. Therefore, Kashgar is a showcase to display the beauty of Xinjiang. Only after coming to Kashgar can one claim that he has been to Xinjiang.

Life Adventure in Kashgar (Things to Do)

Kashgar has many picnic spots as well having quite high mountains which attract tourists to visit. Especially Hiking in Karakul Lake to explore the beautiful landscape. Karakul Lake can be reached at the Subash Village, Aktao County, on the 312 State Highway 192 km away from Kashgar City. Around the lake there are about ten thousand Kirgiz people live their hard mountain life by herding their sheep, goats, yaks, camels, cows, and horses. you can experience the life of Kirgiz people by staying at their yurt or stone houses up in high altitudes.

Enjoyment at tea house of the old town of Kashgar, which is over 2000 years old, in the north-west of China is threatened with destruction. 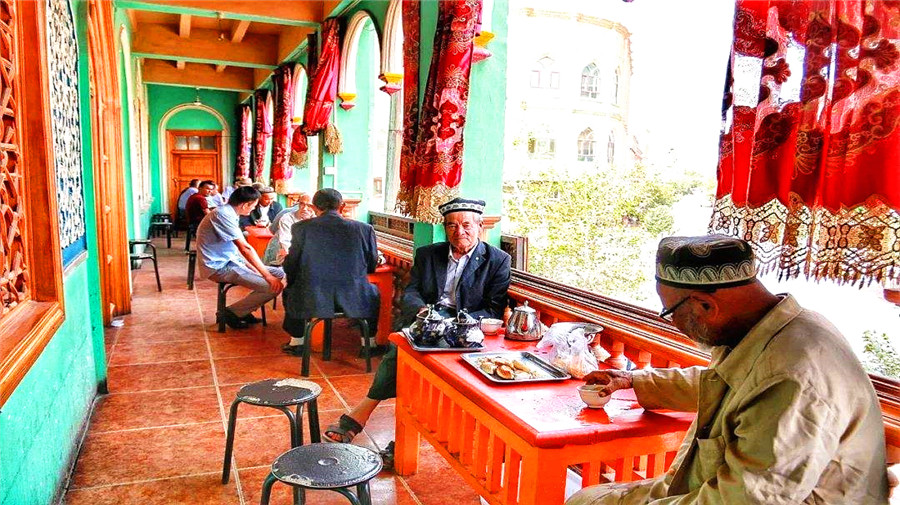 Tea House in Kashgar Old Town remains popular among residents and tourists alike. It maintains very reasonable prices, with a pot of ordinary tea sold at five yuan. For two more yuan, one can also purchase nang, a kind of crusty pancake common in Xinjiang. The cheap snack is popular among locals, while tourists usually prefer slightly more expensive medicinal teas, such as those containing rose, saffron, honey, and other ingredients.

The Most Popular Attractions

Tourists should must visit to Id Kah Mosque which is situated on the Idigar Square. It has the great history of more than five hundred years. Id Kah' means a place of praying and celebrating in festivals. As the biggest mosque in China, it is a group of old Islamic buildings with strong ethnic style and religious features.

Walking at the bazaar is the best way to know Kashgar. Sunday Bazaar at East Gate of Kashgar the largest one in south Xinjiang. At the bazaar, one can find people selling various commodities such as delicate embroidered Uyghur hats, Uyghurstyle Yengisar Knives, and traditional designed earthenware.

Pay a visit to the Stone City located on the north side of Taxkorgan, is a famous ancient city ruin on the ancient road in Xinjiang. The fortress is built on a high mount with very precipitous topography. Outside the city are multi-level or scattered walls, between which overlapping stone mounts form a unique stone city landscape.

The Shipton Arch, located in Kezil Su Kyrgyz Autonomous Prefecture, at the junction of the Kunlun Mountain and the Snow Mountain, around 75 kilometers (47 miles) away from the Atushi city. About 65kms from Kashgar city, and takes a couple of hours by car and a couple of hours by foot to reach. The surface of the stone wall looks like a strange mural. It is considered the tallest Natural Arch on the planet.

Kashgar Ethnic Arts and Crafts are not only a daily necessity but an object of esthetic beauty. In a sense, all of them display the unique ethnic culture, art and tradition craft. Therefore, they are honored as ethnic arts and crafts of the Kashgar Uyghurs.

Kashgar is not only a Town of Music and Dance, Town of Fruits and Melons ", but also a place with distinctive local flavors. Under the double influences of continental climate and Islamic culture. Mutton is the main meat, of which roast meat is the most attractive food among the local delicacies. See more

Under the influence of religion attention and tradition, people have to be very strict rites in their social relations. Here we prepare the Kashgar Travel Advice for you

The best Time to Kashgar is from March to November. Due to the long distance away from the sea, Kashgar has a temperate continental climate, with a long period of sunshine and little rainfall. With a short warm winter and a long cool summer, temperatures in the city are pleasant most of the year. The differences between the four seasons in Kashgar are very distinctive. See more

Kashgar Things to do

Kashgar Things to do