Speaking of China's great routes, many people may first think of Sichuan-Tibet 318, Xinjiang-Tibet 219, and Duku Highway... 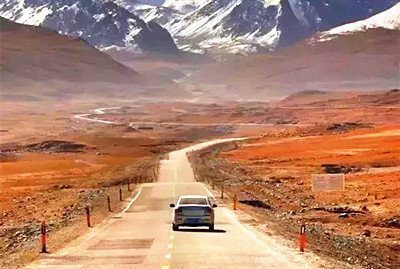 However, there is a cross-border highway with a total length of 1032 kilometers between Kashgar, Xinjiang, and Pakistan in Western China, that is Karakoram Highway named as "one of the world top ten steep highways" And "National Geographic" described it as "the ribbon between the mountains"! The media of many other countries have related it with multiple "most": the world's most beautiful highway, the world's highest cross-border road, and the world's most thrilling corridor!

This most beautiful border corridor is the Karakoram Highway (KKH). 1/3 of it is in China (416 km), while 2/3 is in Pakistan(616 km). Around 700 people in China and Pakistan gave their lives for the construction of the earlier last century. Almost every kilometer was exchanged for one person's life.

The Karakoram Highway, known as the eighth miracle of humankind, the contemporary Silk Road and the China-Pakistan Friendship Road, starts from Kashgar, Xinjiang, China, crosses the Pamirs Plateau, passes through the border between China and Pakistan, and goes south to the city of Thakot in the north of Pakistan. It is a lasting testimony of China-Pakistan friendship! This road runs through three world-class mountains: the Karakoram Mountains, the Hindu Kush Mountains, and the Himalayas. 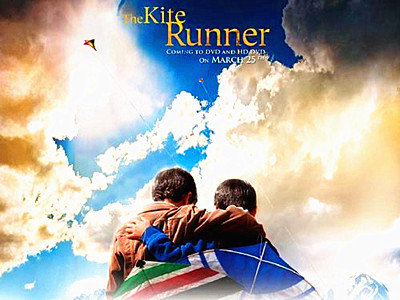 Along the way, there is the location of the Hollywood blockbuster "The Kite Runner"; there is also a prototype of Miyazaki "Valley of the Wind"; and one of the "Five Longevity Hometowns in the World"-Hunza (Pakistan). The second highest peak of the world at 8611 meters above sea level is Chogori Peak (China-Pakistan), which in Tajik means "tall and majestic," the highest mountain in Pakistan second-highest peak of China and the world. It is at 8611 meters above sea level, which is only to Everest. On July 31, 1954, The Italian explorers Noresdri and Aciri Copacononi first reached the summit of Muztag Peak (Xinjiang, China) called "Fathers of Icebergs."

Route of Xinjiang section in China:

Start from Kashgar, a historical and cultural city of more than two thousand years surrounded by mountains on three sides, with the Tianshan Mountains lying in the north, the Pamirs in the west, the Karakorum Mountains in the south, and the Taklamakan Desert in the east. 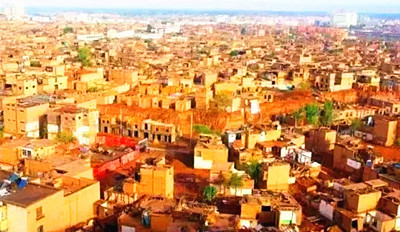 If you haven't been to Kashgar, you haven't been to Xinjiang; if you haven't been to the Kashgar Old Town, you don't know Kashgar. There is a Uygur population on the high cliff, a 5A scenic spot in China, at the northeast end of Kashgar's old town with a history of more than 600 years. It is the only traditional historical block in China with typical characteristics of the ancient Western Regions. Passing through the modern and prosperous Kashgar district and looking across the river, a pile of uneven limestone abruptly rises above the platform. You can glance at the long years of the Uygur people.

Leave Kashgar, driving on the Karakorum Highway with the magnificent scenery along the way. The Red Mountain Pass (100 kilometers away from Kashgar) in Oytak Town is known as the Flaming Mountain in Southern Xinjiang. Many mountains here, the color of the hill, are burning like flames, so-called Red Mountain Pass or Red Valley. Baisha Mountain, 160 kilometers away from Kashgar, has a large area of desert hills and rolling sandhills. The most beautiful thing is that the desert and sandhills are white. As the wind blows, the sand mountain will make a noise, which is also called "sound sand mountain". There are two natural sand lakes beside Baisha Mountain---Baisha Lake (also known as Lake Clarke), and the distant snow mountains are set against it. It is said that this is the Baisha Mountain and Liusha River, where the sand monk started in "Journey to the West". The world has been transformed for thousands of years, leaving people with endless imagination. 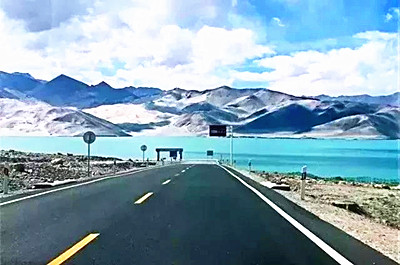 Moving on, you will encounter the Muztag Peak at an altitude of 7509 meters (the mountain industry is generally recognized as 7546 meters), which is the most charming pearl on the Pamirs. The snow is all year round and the glaciers are high. With snow all year round and glaciers hanging high, it is a fascinating pearl on the Pamirs known as the "Father of Icebergs"! There are two main peaks beside Muztagh Peak. The three mountains stand like the Jade Pillar, standing on the beautiful Pamir Plateau, which becomes the symbol and representative of the Pamir Plateau.

Karakul Lake means "The Black Sea," located at the foot of Muztag Peak, set against the towering and mysterious Muztag Peak, is191 kilometers from Kashgar. The China-Pakistan Highway passes by the lake. The snow-capped and the scenery is very charming. Karakul Lake, surrounded by ice peaks and snow ridges, is a rare plateau lake in the world, it also adds a magical and beautiful color to this lake. 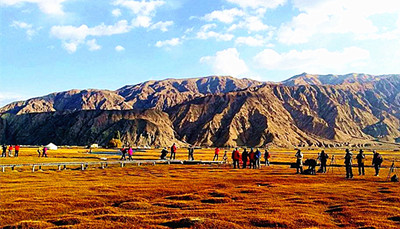 Taxkorgan, Taxkorgan Autonomous County, the only white town with the most spectacular and beautiful pictures in China! Of more than 2,800 counties in China, Taxkorgan is the most special one, for there is no second county that can border three countries (Pakistan, Afghanistan, Tajikistan) except it. In the Taxkorgan, there is also a beautiful grassy beach called Golden Grassland of the ancient road. The Tajik people are the only white face among the 56 ethnic groups in China. The Stone City, a famous site on the old Silk Road, is one of the three most renowned stone cities in China's history.

Whether it is the bright stars on the plateau, the towering peaks, or the Tajik girl's deep-set eyes, it is enough for you to sink at a glance, and you will be addicted when you visit it—the magnificent Karakorum Mountain Highway. Go for a walk in your lifetime! 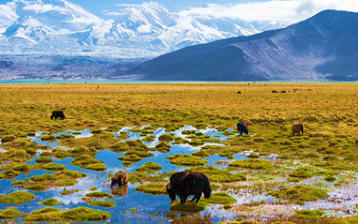