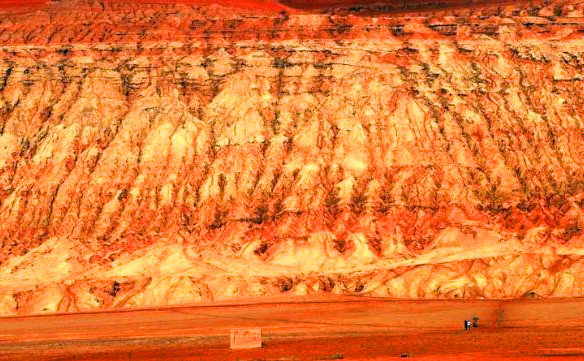 The Flaming Mountains of Turpan, located in the Tianshan Mountain range in Xinjiang province, is one of the hottest geographical features in the world and one of the world's most famous tourist sites. Its highest air temperature in summer is 47.8 degrees centigrade, which the ground is over 70 degrees centigrade in summer. People vividly call it "Flaming Mountain." for this reason and its natural geographical features. The mountain has enjoyed great popularity and become an ideal place for a tour through the well-known story about this mountain in the novel "Journey to the West."”

Location: on the northern edge of the Turpan basin 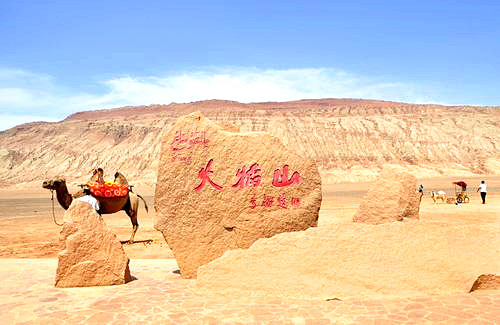 June to October is the best visiting season to Turpan. August is the harvest time for local fruits, especially the grapes. Besides, the Silk Road – Turpan Grape Festival falls on around August 20 annually and lasts for several days. Singing and dancing shows, picking grapes with ten thousand people, intangible cultural heritage shows, and other various activities definitely can impress travelers. 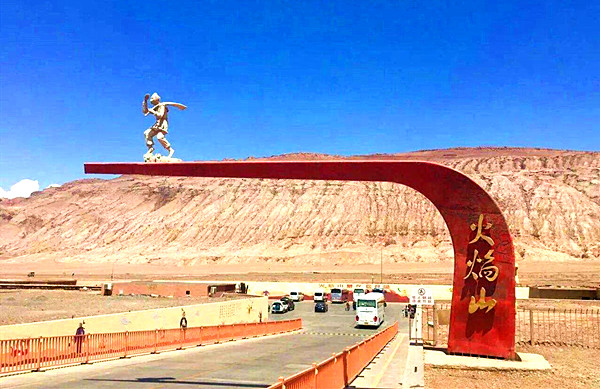 A pair of comfortable shoes is necessary because you need to walk a long distance. Sunscreen items and sunstroke prevention medicines are required.

What to Visit in the Flaming Mountains 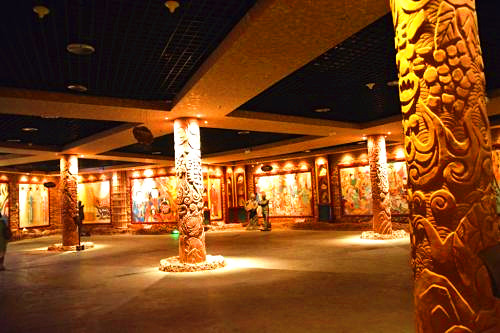 The cultural corridor "Pilgrimage to the West" with 50 meters long, 6 meters wide, vividly reproduced the hardships of monk Xuanzang and his prentices to go on a pilgrimage for Buddhist scriptures reach the West after many sufferings.

There is a circular underground palace at the end of the corridor, divided into internal and external two circles. Underground in the outer ring has Gaochang old celebrity hall, exhibition hall, leisure shopping center, Geographical, cultural department. North of Geographical, cultural department is the Gaochang celebrity hall, which has 14 characters statue; these characters are people who are all made historical contributions to Gaochang.

The giant thermometer stands in the center of the underground; this was built on August 16, 2004, the stereo modeling of mercury, named "golden cudgel." 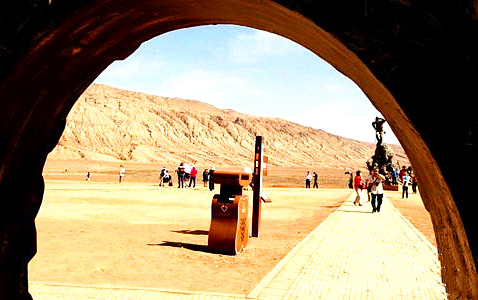 Air-conditioned underground, the feeling is pretty comfortable, but goes upward to the ground and immediately feels you are in a furnace, generally like burning. Place yourself underground; you can feel you are put inside the blast furnace by Samadhi fire like Monkey King once have gone through; standing in the earth's surface, you will feel the heat of volcano is blast furnace give off, this image design is quite creative.

Origins of the Flaming Mountains

According to geologists, the Flaming Mountains were formed by the movement of tectonic plates on the earth's surface during the formation of the Himalayas fifty million years ago. Over time, erosion of the red sandstone bedrock caused the structure of the ravines and gullies to crisscross the mountains. These features give the hills a fiery appearance at certain times of the day. 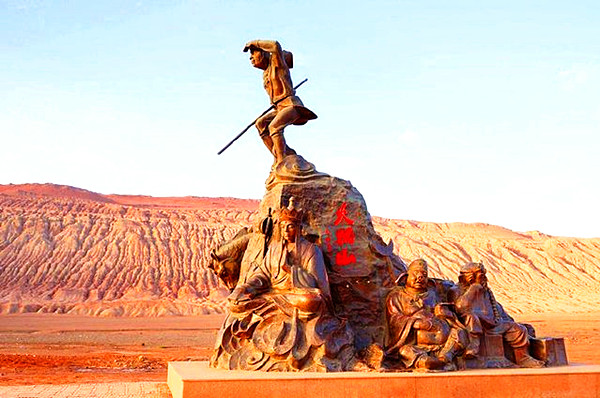 Journey to the West

Origins Story from The Journey to the West

In the novel, the protagonists encounter an impassable mountain with flames that burnt continuous. According to the local god, this fire was caused by Monkey King, one of the novel's protagonists. He was subdued by the god Erlang when he wreaked havoc in Heaven 500 years before the West's journey. He was then placed in Laozi's Eight Trigrams Furnace to be destroyed. However, he was not reduced to ashes when the furnace was opened. In a rage, he kicked the stove, and some of its bricks, which still had a fire in them, fell to the earth and became the Flaming Mountains. 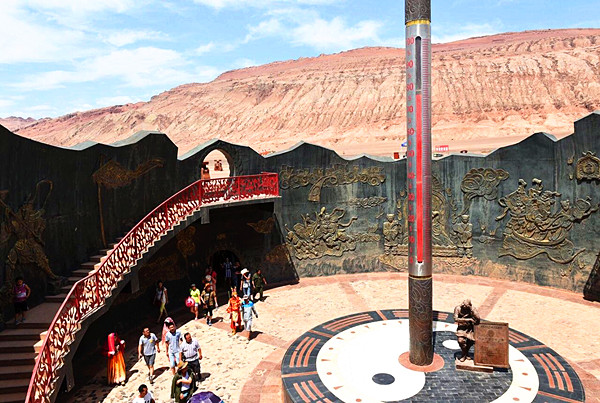 The Bggest Termometer in the World

"Journey to the West" based on the historical figure of Xuanzang, a Buddhist monk from the Tang Dynasty who journeyed to India via a land route, is a work of fiction. Several centuries before Xuanzang, the monk Faxian also traveled to India by land. Both these monks would have gone along the Silk Road, as Buddhist structures and monuments can be found along the Silk Road.

Let's travel in the golden ocean. The natural scenery around Turpan is magnificent. In our spare time, we take our family to Turpan to play, eat delicious fruits, and enjoy different local conditions and customs. I believe this is a beautiful moment and a happy memory.