Legend has it that when Genghis Khan was on his westward expedition, a Mongolian army marched from the depths of the Tianshan Mountains 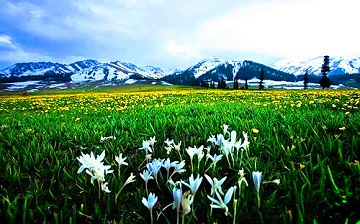 to Ili. It was spring, but the mountains were filled with snow and wind. Hunger and cold made this army exhausted. The vast grassland, with dense springs and flowing water, is like entering another world. At this time, the clouds open and the sunset is like blood, people couldn't help shouting “Naraty (sun), Naraty” and hence the place name.

Naraty grassland is one of the four major grasslands in the world, a sub-alpine meadow plant area. It has been a famous pasture since ancient times. It has flat river valleys, high mountain peaks, deep gorges, lush forests, and stretches of grassland. Combined with the local Kazakh folk customs, it has become a tourist resort integrating sightseeing, scientific investigation, leisure and entertainment, summer vacation and souvenir purchase.

What to visit in Naraty Grassland?

First of all , Naraty Forest Park is located in the Naraty grassland, the upper reaches of the Gongnaisi River. It is located at the intersection of Kuqa-Dushanzi National Road 217 and Yili-Bazhou National Road 218, with convenient transportation. The whole park covers an area of 6025 hectares. There are a wide variety of wild animals and plants in the park and rich resources. The park is mainly composed of natural and cultural landscapes; and the main attraction here is Tianying Terrace.

Secondly, River Valley Grassland is an important grassland tourist area under the mountain in the Naraty Scenic Area. As an important tourist area on the Naraty grassland, the tourist attractions along the river valley grassland include: Tawusani, Wusun ancient tomb, Wusun tribe, eternal garden, autumn grass living room, grassland Populus euphratica, forest park and other major attractions in the scenic area. The area with the most concentrated entertainment projects can meet the three different forms of "land, water and air" tours to see the grasslands and stroll around the grasslands. 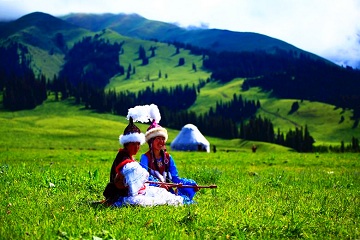 Besides, Naraty Tourist Scenic Area also includes several beautiful tourist attractions. The first is Tianjietai. And Tianjietai is the "watershed" between the river valley grassland and the air grassland, taking the meaning of "the entrance to the paradise on earth, the boundary between heaven and earth". This is the highest viewing point on the Naraty Air Grassland, showing visitors a scene like an oil painting: the snow kisses the blue sky, the fog surrounds the pine forest, the mountains are stacked, the green grass and the breeze, the birds and butterflies dance, the cows and sheep are leisurely, carrying the rivers and springs as jade pendants, and the snowy ridges and spruces as neon clothes; the artistic conception of truth, goodness and beauty, and the shock in the depths of the soul, are unforgettable. Walking from here, you will reach the vast fairyland on earth - the grassland in the air. The second is Tawusani, which is from Kazakh language, and it means "beautiful valley". In Tawusani, we can see the perfect combination of snow-capped peaks, dense forests, green hills and flat meadows.

In addition, The grassland tribe is a night tour area on the Naraty grassland. It is based on the Wusun tribe as the theme. It is the first 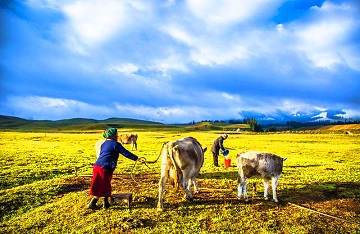 comprehensive tourist attraction in the world that reflects the history, culture and folk customs of the Kazakh people. What you see and touch here is the reproduction of history, as if you have entered a time-space tunnel and back to the year of history. What can't be missed here is the singing and dancing performance that represents the highest level of Kazakh. Whenever night falls, King Wusun will bring the Prince, Princess Jieyou and Ministers of Wusun to participate in the grand bonfire party.

The last but not least is Volta Tower; which is an very interesting and romantic name and it means “I love him and looking for him”. Volta tower is the wedding photography base of Naraty and if the weather here is fine, you can get rid of all constraints and feel the fun of hiking and feel the beauty of nature.

April to June is the best season for viewing flowers in the Naraty grassland. From the wild lilies blooming on the top of the ice in early April to the golden lotus and sage in late June, all kinds of mountain flowers are in full bloom. It is called the Hanging Garden.

The grassland from July to September is green, the flocks move like clouds; and the climate is very pleasant the sky is high and the clouds are light, which is an excellent period for photography.

From December to March, the Naraty grassland is covered in silver, and the red willows are enchanting, which is very spectacular.

Most Popular Route to Naraty 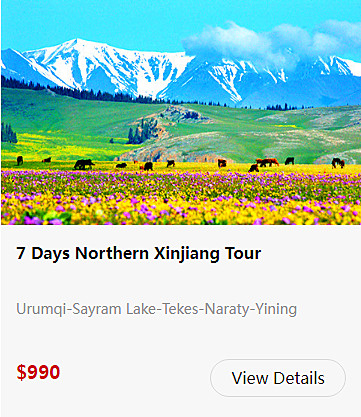 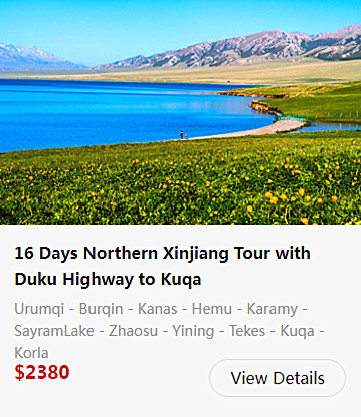 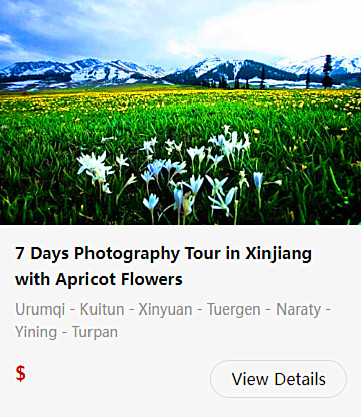