Kashgar was one of the biggest trading centers on the Silk Road. There are two ancient cities in the throat position on the Silk Road, one is Dunhuang, a major town in the Hexi Corridor, which enters Yangguan Pass and Yumenguan Pass from the western region, and the other is Kashgar, a principal city in the west region, which encompasses the north and south roads of the Tarim Basin.

Kashgar, an ancient city in the western frontier region of China and the Xinjiang Uygur Autonomous Region, is home to a large number of Uighur compatriots. As early as the prosperous period of the Silk Road 2000 years ago, Kashgar was one of the most crucial post stations, receiving customers from East and West from north to south. Today, it is still one of the places in Xinjiang that can best reflect the customs and culture of ethnic minorities and is also a tourist destination with a high value.

When it comes to the Silk Road and the history of Western Regions, when it comes to Tarim and Lop Nor, the name Sven Hedin cannot be bypassed. The stunning Loulan Ancient City was a significant discovery by Sven Hedin. Sven Hedin was not slick at all, for he fixed his famous name on the sea in the Tarim Basin. No matter how big the wind and sand are, it can't be wiped out.

At the end of the 13th century, with the advancement of Islamic culture, Buddhism culture experienced a massive catastrophe. Despite the destruction, the Turpan area still retains many valuable historical relics and precious artworks. But it was those archaeologists and explorers from the "civilized" society who ultimately caused the devastating destruction. In 1879, the Russian botanist Regel came to Turpan. He was the first person to disturb this holy place because he published the "Inspection of Turpan" to let the western academic community know that "there is a ruin like a city in Rome" (Referring to the old city of Gaochang).

In 1893, his compatriots Ropolovsky and Kozlov expedition took some Scriptures and cultural relics from the Uyghur and Chinese scripts from the Tuyoq Village. In 1897, the Russian Kremmen went to Turpan to investigate 130 caves and took many instruments and exquisite murals. His "Turpan and its monuments" shocked the participants at the 12th International Oriental Congress in Rome.

For thousands of years, Kashgar has maintained its position as a trade junction between the East and the West. Materials exported from the East have to pass through customs here, and imported from the West have to be distributed on a visa. Shule (Kashgar Today) City can be called the first commercial city in ancient Xinjiang in China.

In the process of the integration of different cultures, Kashgar has formed extremely exotic humanities and landscapes. Walking down the streets of Kashgar and pay a visit to the back road of the Idigar Mosque, you can see the characteristic and straightforward customs.

The Kashi people have a long tradition of drinking tea, just like the ancient city of Kashgar. Another reason for the endless number of guests in the old tea house maybe because the price is still low. For locals, perhaps drinking tea is just an excuse; meeting with old friends is the real purpose. Many older people have maintained this habit for many years. After the morning service, they go directly to the tea house to meet old friends. 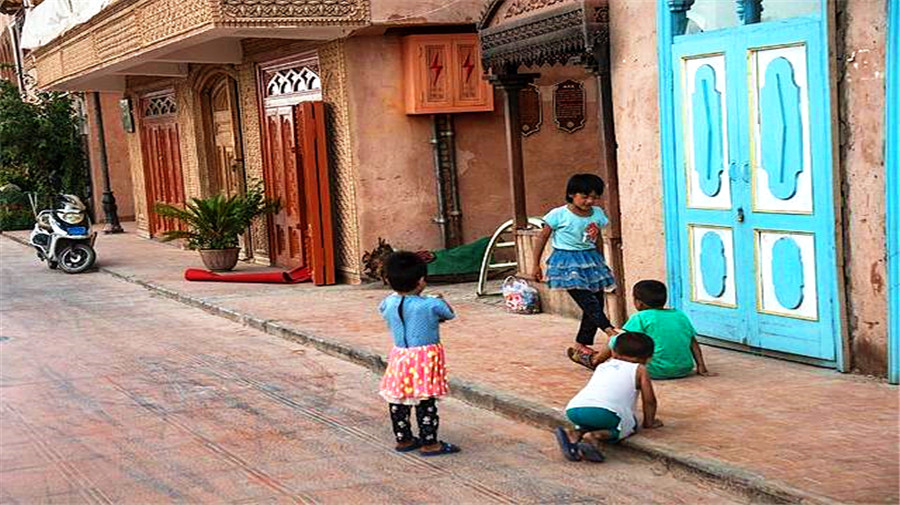 Bazaar is the soul of the ancient city of Kashgar. It is Bazaar's craftsmen who make the ancient city full of vitality. In such an old street, you will strongly feel that history is a flowing river. The tools, skills, and craftsmanship have been circulating for thousands of years. These also have been passed down from generation to generation through these handicraftsmen. They are living in history.

The clay pottery in Kashgar, though smart and straightforward, is exquisite. No matter from the shape to the firing and the function, it reveals the fusion of Eastern and Western cultures. Most of the pottery artists inherited the talents of their ancestors. Regardless of shape or color, most of them come hand in hand, and there is no prior design.

Kashgar is not big, but it is not small. For in-depth or cultural travelers, this is a place to hook people: the quaint old town, the hospitable and straightforward Uighur compatriots, the assortment of unique crafts, colorful cuisine, and various fruits that can sweeten the teeth... If you want to see the essence of the millennium Kashi in one day, it is almost impossible. You can see the most representative minority lifestyle in Xinjiang on the ancient streets of the old town of Kashgar, people live and work in peace, and there is no real-life artificial scene! Because this is an old city that has not yet fully developed, so many cultural symbols of many ethnic groups can be seen, and this is what travelers and photographers expect.