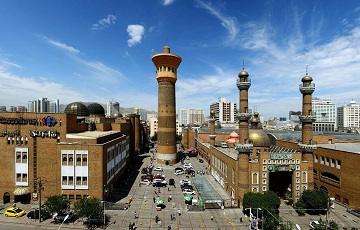 anything that you can imagine. When traveling to Urumqi, A visit to Grand Bazaar Urumqi must not be missed. The Grand Bazaar is located in Tianshan District, Urumqi City, with a construction area of nearly 100,000 square meters and 3,000 stores. It is currently the largest bazaar in China, with the most concentrated Uighur cultural performance.

The Architectural style of Grand Bazaar is magnificent and extremely Islamic, which reflects the unique characteristics of the Western Regions. A variety of exquisite ethnic souvenirs are overwhelming. Coming to the Grand Bazaar is like walking through a market in Central Asia, where you can fully feel the charm of ethnic minorities.

What can be visited in Grand Bazaar Urumqi

Walking into the Grand Bazaar, we can see a round tower about 100meters high in the center of the square, which is the most famous attraction in Grand Bazaar and named the Silk Road Sightseeing Tower. Paintings and exhibitions are showing the historical story of the Silk Road on each floor of the tower. Atop the tower, you will have a panoramic view of the Urumqi City.

The Uighur-style pedestrian streets are distributed on both sides of the square. A variety of delicious Xinjiang dried fruits are sold here, as well as some ethnic musical instruments, handicrafts and painted tambourine, etc. The local Uighurs play their folk music in front of the shops.

The floats full of ethnic styles placed on the square are also the best places to take some fabulous photos. Stroll around the streets, you will experience the prosperity of the ancient Silk Road. 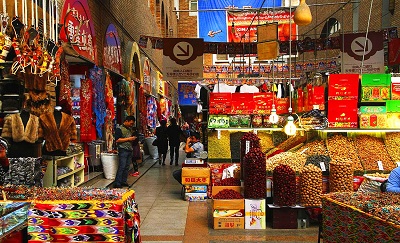 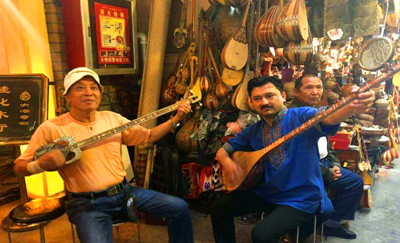 Naan has a long history in Xinjiang, and it is the staple food of the ethnic minorities in Xinjiang. The Naan Museum in Grand Bazaar displays more than 100 naans from all over Xinjiang. Here, you can learn more about Naan's culture and the taboos when local people make the Naan; Such as people not being allowed to count the Naan when they make it. If you are interested, you can also experience how to make the Naan.

The Grand Bazaar is a gathering place for all kinds of local cuisine in Xinjiang. When the lights on the pedestrian street light up at around 22:00, Xinjiang Grand Bazaar will show you a different view at night. Bachu Grilled Fish, Tacheng Ice Cream, Naan, Roasted Whole Lamb, Rice Noodles, Noodles and Lungs, Pilaf, Pepper Chicken ... You can find all of these at the night market. 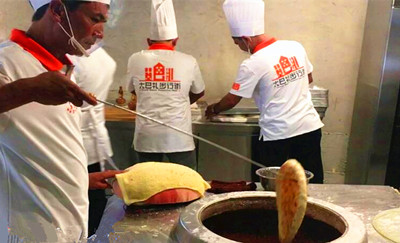 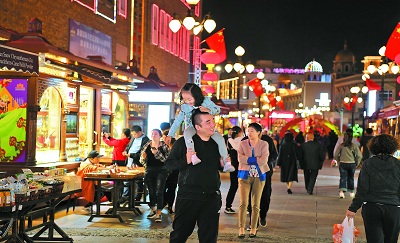 In Grand Bazaar, you can not only visit the market but also taste the Xinjiang specialties while watching a passionate Uighur performance.

The Banquet of Grand Bazaar is mainly a buffet style, which allows you to taste the classic Xinjiang cuisine. Meanwhile, you will appreciate the culture show, which interspersed with Xinjiang Uyghur dance performances, Arabic dance, and Uzbekistan's singing performance. The culture show with banquet will take you to experience a historical and cultural adventure of the ancient Silk Road.

Book your Buffet Culture Show with us: sale@silkroadtravel.com 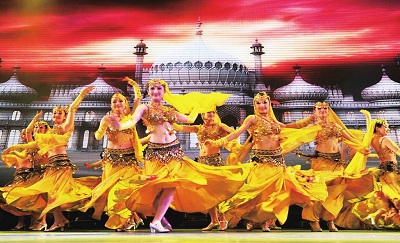 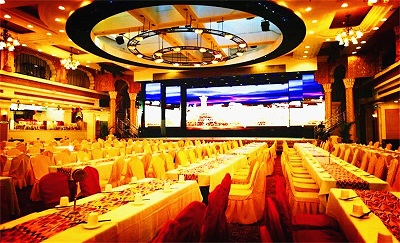 How to get to Urumqi Grand Bazaar

1) Location of the Grand Bazaar:

15-20 mins driving from the downtown

Attractions nearby the Grand Bazaar

1) Red Hill Park (Hongshan Park): 3.3kms away from the bazaar

1) Please take care of your valuable articles when visiting the Grand Bazaar. 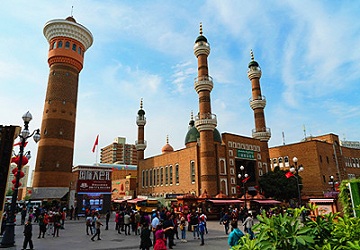 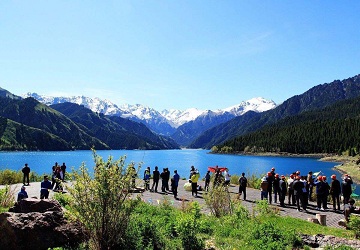