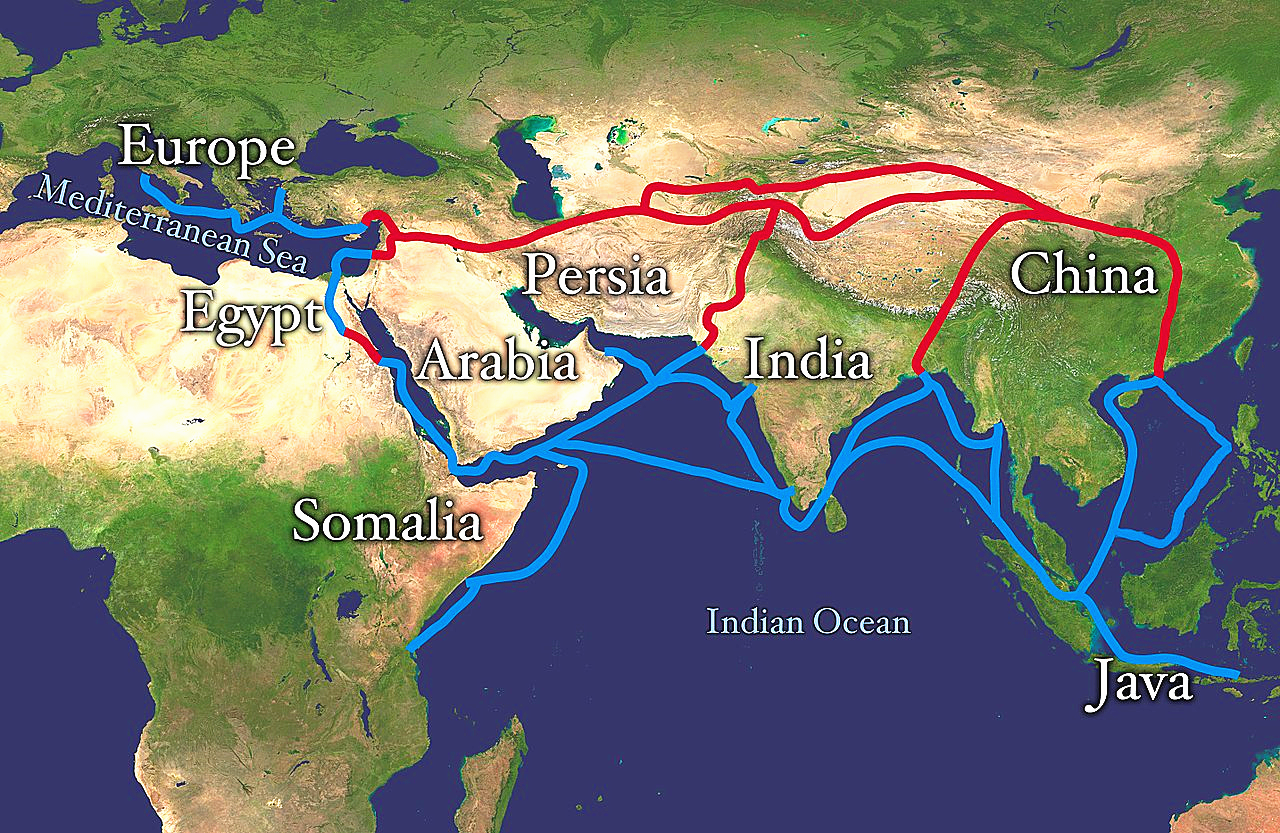 Silk Road, also called Silk Route, ancient trade route, linking China with the West, is actually many routes from the Roman Empire through the steppes, mountains, and deserts of Central Asia and India to China. Silk Road was a network of trade routes connecting China and the Far East with the Middle East and Europe. 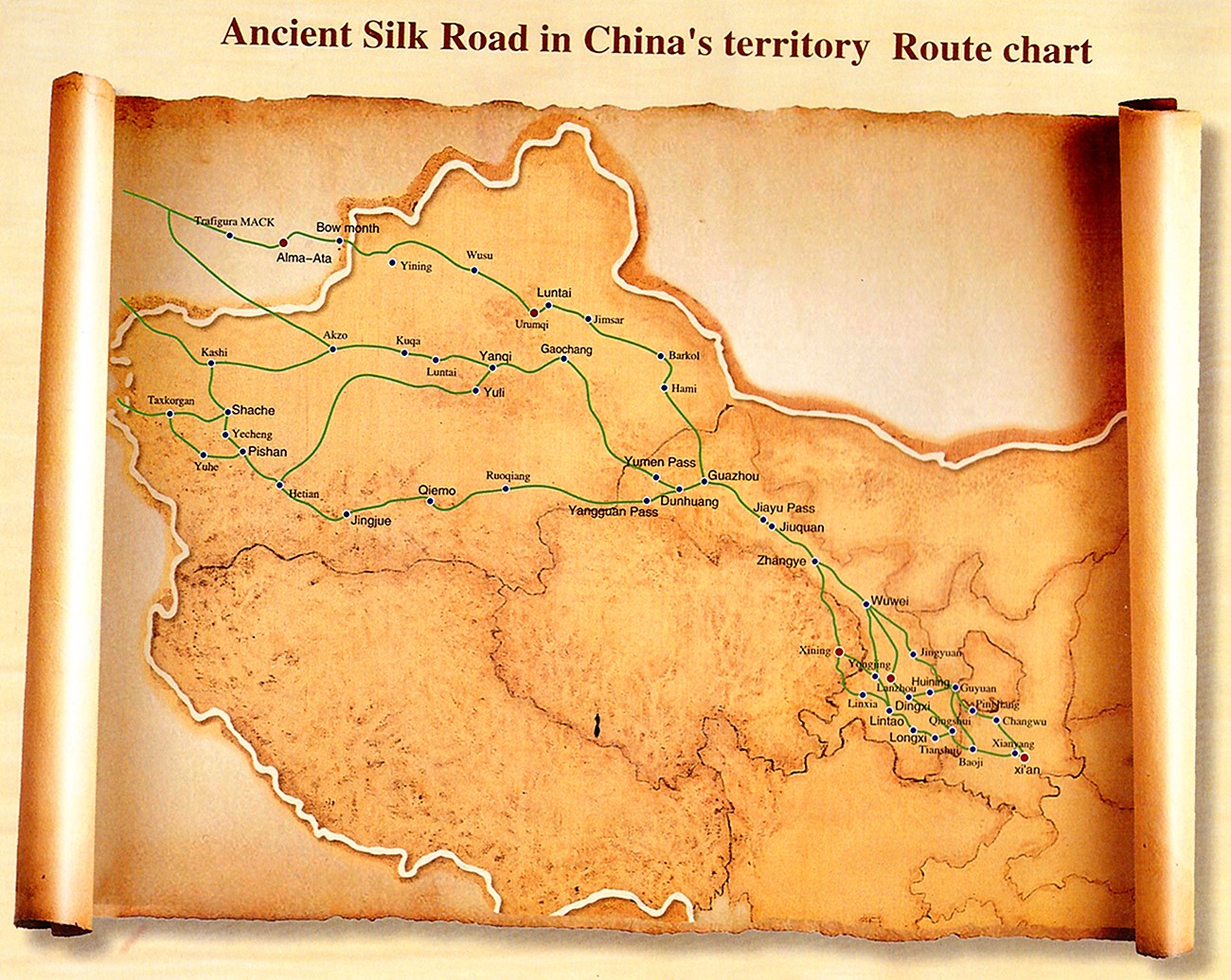 The Silk Road was originally opened up by Zhang Qian and it gradually formed in the Han Dynasty (206 BC-220 AD), the ancient road originated from the historical capital of Chang'an (now Xi'an). This China trade route ran through Gansu Province via Tianshui, Lanzhou, Wuwei, Zhangye, Jiuquan, Jiayuguan (an important military garrison and barrier of the Great Wall) and Dunhuang along the Hexi Corridor. Dunhuang is famous for its Mogao Caves and other cultural relics. It was also a key point of the route, where the trade road divided into three main branches: the southern, the central and the northern, and then they extend as far as Pakistan, India and even Rome.

The three main routes spread all over the Xinjiang Uygur Autonomous Region. 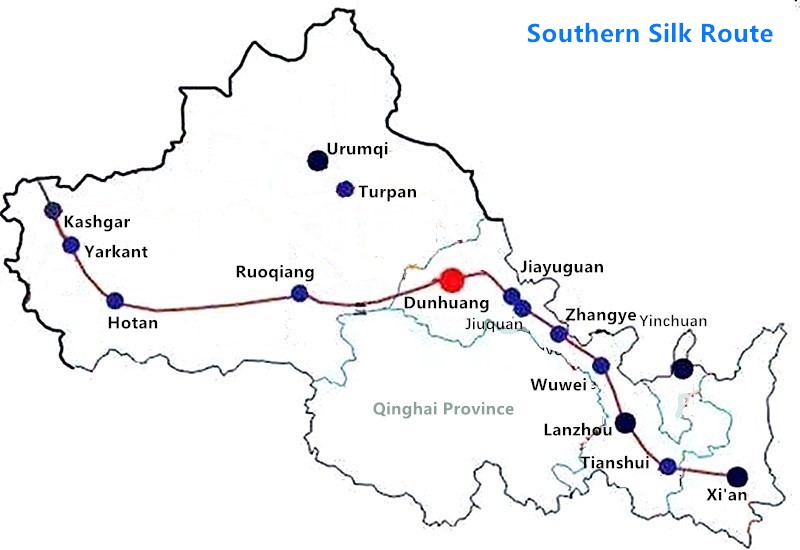 The Southern Silk Route wandered west along the northern foot of the Kunlun Mountains, passing  Ruoqiang, Hotan, Shache (Yarkant) and reached Kashgar (the last point of the Silk Road in China). Then this route crossed the snow-covered Pamirs, reached Pakistan and India via Kashmir; it could also reach Europe through Islamabad, Kabul, Mashhad, Baghdad and Damascus. 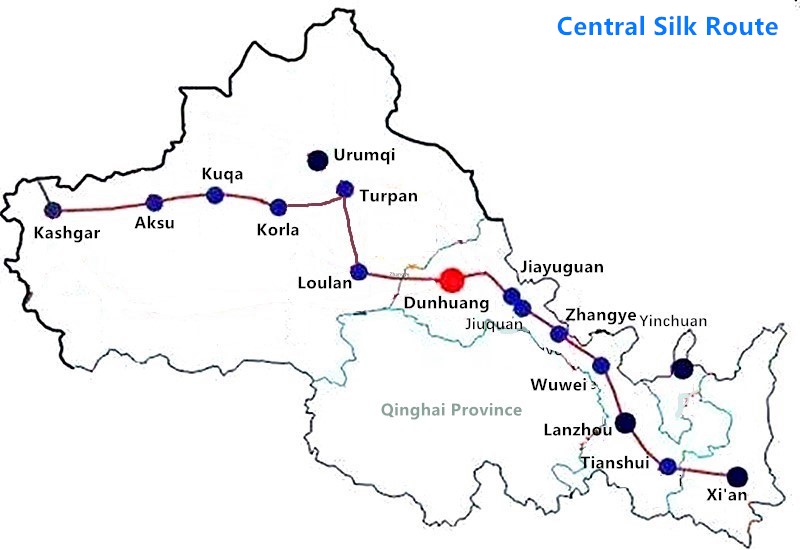 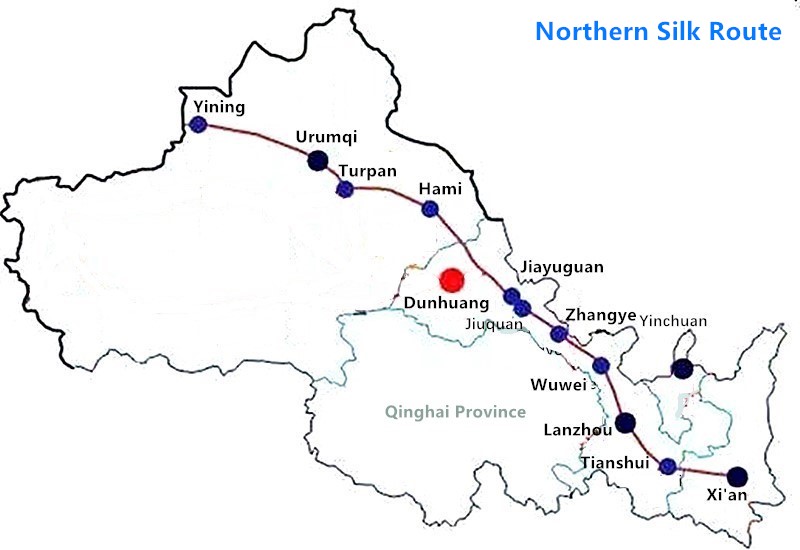 The Northern Silk Route went west along the northern foot of Tianshan Mountains, taking merchants westwards to Hami, Urumqi and Yining, and then reached the areas near the Black Sea, the Caspian Sea and the Mediterranean Sea.

The total length of the historically important trade route is about 10,000 kilometers, according to some experts. Nowadays, the immemorial Silk Road spreads over the five provinces in the Northwest Territories including Shaanxi Province, Gansu Province, Qinghai Province, Ningxia Hui Autonomous Region and Xinjiang Uygur Autonomous Region.

The Great Silk Road is a system of caravan routes crossing in ancient and middle age time Eurasian continent from Mediterranean Sea to China and influencing the emergence and development of trade and cultural ties between people and statehood located along the way. 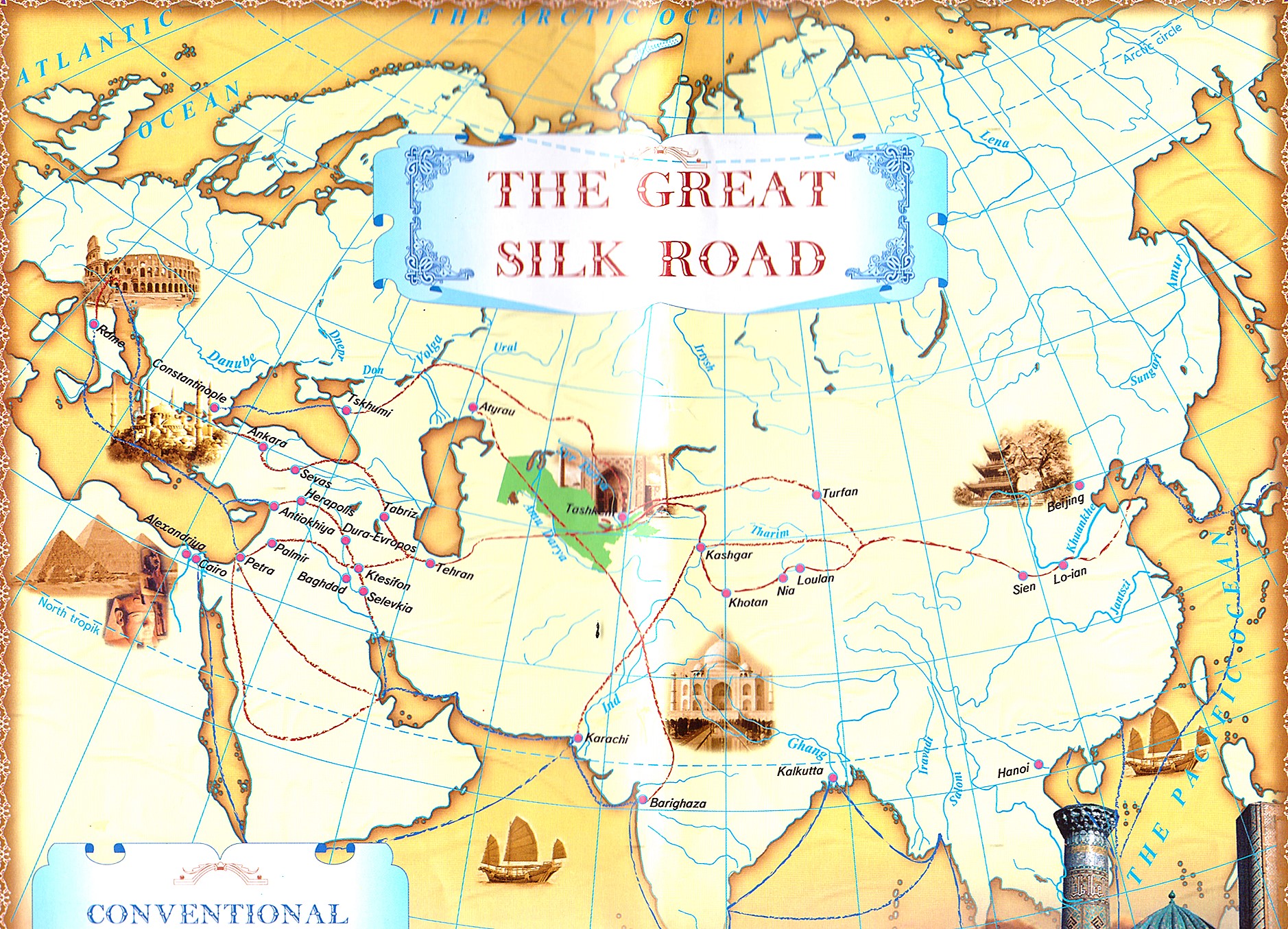 This amazing trip offers a once in a lifetime opportunity for those with sufficient time to travel the entirety of one of the major branches of the Silk Road all the way across Asia from Xi’an in central China to Istanbul in Western Turkey, covering a distance of some 12,000 kilometres and six contrasting countries.

In fact, besides the Silk Road in the northwest of China, there are another trade road in the southwest of China and by sea, which called the “Silk Road on the Sea”, in order to distinguish it from the traditional Silk Road.

It also contributed greatly to the development of the world. Through the maritime Silk Road, silks, china, tea, and brass and iron were the four main categories exported to foreign countries; while spices, flowers and plants, and rare treasures for the court were brought to China.

The two most favored courses followed by trade ships were those of the East China and South China Sea Routes.

The East China Sea Silk Route enjoys a long history of about 3,000 years, mainly went to Japan and Korea. It dates back to the Zhou Dynasty (1112 BC) when the government sent some Chinese people to Korea to teach its people farming and sericulture, departing from the port of Bohai Bay, Shandong Peninsula.

When Emperor Qin Shi Huang united China, many Chinese fled to Korea and took with them silkworms and breeding technology. This sped up the development of silk spinning in Korea. These new skills and the technologies were subsequently introduced into Japan during the Han Dynasty. Since the Tang Dynasty, the silks produced by Jiangsu and Zhejiang Provinces were directly shipped to Japan. Many Japanese envoys and monks were also able to travel to Chang'an (now Xi'an) along this sea route.

Guangzhou represented the starting-point of the South China Sea Route, which extended across the Indian Ocean and various countries situated around the Persian Gulf. The types goods dispatched for trade consisted mainly of silk, china and tea, while imported merchandise included a variety of spices, flowers and grasses.