How Did the Silk Road Get Its Name?

The "Silk Road" was first proposed in the first volume of the "China" series published in 1877 by German geographer Baron Ferdinand von Richthofen. As for connotation, this term, which has been widely accepted and familiar so far, has experienced a long-term development process. 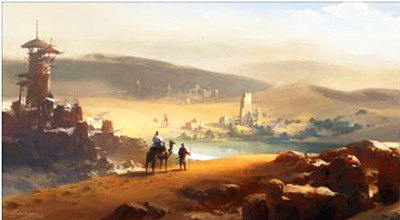 With the continuous deepening of field works and archaeological excavations since modern times, scholars have regarded the Silk Road as a general term for the route of communication between ancient civilizations in Eurasia. It is not limited to one or several land trade routes. It refers to a world-wide land and sea transportation network, which makes use of silk as the leading trade item and crosses Eurasia to connect Central Asia, West Asia, India, Europe, and North Africa. Is this different from the original idea of Richthofen? And how big is the difference? We try to enter his inner world through his writings, to explore his initial definition of the "Silk Road," its scope of use, and the subsequent dissemination of this term.

The term "Silk Road" first appeared in the first volume of "China". Richthofen determined that there was a "Silk Road" in ancient times based on some Macedonian businessmen's personal experience. What he mentioned The Roman geographer Marinus of Tyre was first seen in the "Geography" written by another ancient Roman geographer Ptolemy who cited the route that was called "Caryus country" to the Far East in the book (Seres) route. 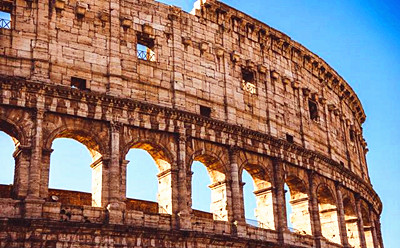 The Colosseum in Rome

According to Marinus' original records, people start "The Islands of the Blessed" (usually refer to Western Canary Islands nowadays) from west to east, and reached Hierapolis nearby Euphrates River ferry along the way. Then to a place called "The Stone Tower"; finally it takes about seven months of the whole journey to reach the easternmost "Sera", which is the capital of Seres.

Marinus' works became a well-known crucial basis for the description of Ptolemy at that time, and all became a valuable source of historical data for Richthofen to restore this ancient east-west business road on a modern map. Multiple trade routes form a road network within Eurasia and play an equally important role in the process of westward silk transportation.

Naming and Use of “Silk Road”

The records of Malinus and Ptolemy made Lichhofen realize that there was a trade route across the Eurasian continent that connected the Han Empire and the Roman Empire (late 2 BC to the middle of the 3 AD) when the two empires stood on both ends of Eurasia at the same time. However, it is a question why did Richthofen create this name since ancient writers have never said the "Silk Road." How unique is silk in Richthofen's eyes? What does it mean?

Silk is not only a thing exported from ancient China, but also with unquestionable influence. As long as Zhang Qian passed the Western Region, part of the silk was transported to India via the Shu region (today Sichuan Province and surrounding areas). The success of Zhang Qian's mission to the Western Regions promoted the spread of silk to Central Asia.

In such a favorable trading environment, silk produced in China passed through many trades. It was eventually transported to the Mediterranean coast, becoming the luxuries enjoyed by the Roman nobility and the objects of the literati. As for western people, silk is the most critical impression of Cyrus's country. Since ancient times, the name "Silk Road" is in line with the Western world's cognition and imagination of the Far East.

The silk trade brings not only the exchange of goods but also the more critical significance in promoting the exchange of ideas and economic and cultural. It is objective that these anecdotes about silk or Cyrus country help to open up the vision of the Romans and break the knowledge blockage caused by geographical distance. Richthofen regards silk as the first vital impetus to contact and understand China in the Western world, supporting exchanges between the East and the West for a century.

A Succession and Follow-up Study of the "Silk Road"

Although Richthofen himself was careful in his use of the term "silk road", his hesitation did not go unnoticed. After Richthofen passed away in the autumn of 1905, another German geographer, Hermann, published a monograph named "The Ancient Silk Road between China and Syria" firstly in 1910, which has made the term "Silk Road" gradually known. Afterwards, in 1938, Herman published another monograph, "Ancient Silk Kingdom and Tibet". He limited his research scope to between 114 BC and 127 AD; that is, he said, "The Ancients directly Engaged in Silk Trade" ----the Han Dynasty in China. 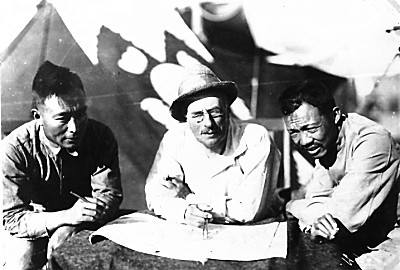 Sven Hedin and the Chinese leader of the Northwest Scientific Expedition

It can be said that the results of Hermann's research is the inheritance, questioning, and revision of Richthofen, and his works with the title of "silk road" and the study object also attracted the attention of the western geographical circle at that time.

Another scholar who has made significant contributions to the spread of the "Silk Road" concept is the famous Swedish explorer Sven Hedin. Hedin went to Berlin to study in 1889 and became one of Richthofen's proud students. He always cared about Heding's investigation in the Tarim Basin until his death, judging from the letter between Richthofen and Hedin, and showed enough appreciation and encouragement for the actual investigation results of Hedin, especially the mapping.

Folke Bergman, a colleague who participated in the Sino-Swedish Northwestern Scientific Expedition between China and Switzerland from 1926 to 1935, used the "Silk Road" more extensively in the first volume of the seven-volume Xinjiang Archaeological Report published in 1939. "He admitted that Richthofen is the originator of this term, but he believes that the term "Silk Road" is a plural concept, referring to the ancient commercial roads connecting China and the West.

The plural form of "Silk Road" is also used by the famous classicist A.H. Warmington. He used the term "silk-routes" in the book "Trade in the Roman Empire and India" published in 1928, which referred to the sea-land trade route between East and West without any explanation. Although these monographs listed above are more or less related to the "Silk Road", they did not accelerate the spread of this concept. It was not until the 1960s that the range of translations and public media propaganda becoming common sense gradually and spread to China, Japan, and other places until the 1970s. 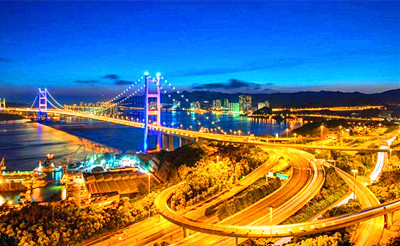 The Belt and Road Development Strategy

Any scholar involved in the research of the Silk Road will consciously admit the pioneering power of Richthofen, but the term "Silk Road" has now been very different from him in terms of space, time, and connotation. "Silk Road" has already broken through the time limit of the Han Dynasty. It can be traced back to the Qin period, down to the Ming and Qing Dynasties and even modern times. It is no longer limited to a specific route in space but forms a road system covering Eurasia and North Africa from both sea and land directions.

With the proposal of "The Belt and Road" in recent years, the study of silk road also has important practical significance. The ancient trade routes spanning thousands of years are an urgent historical basis for the lasting friendship between China and the countries along the roads. Nowadays, they are effectively pushing China and these countries to carry out more comprehensive and in-depth cooperation in the political, economic, cultural, and other fields.