Located in the northwestern border of China, Xinjiang (Full Name: "Xinjiang Uygur Autonomous Region") is the largest province in China. 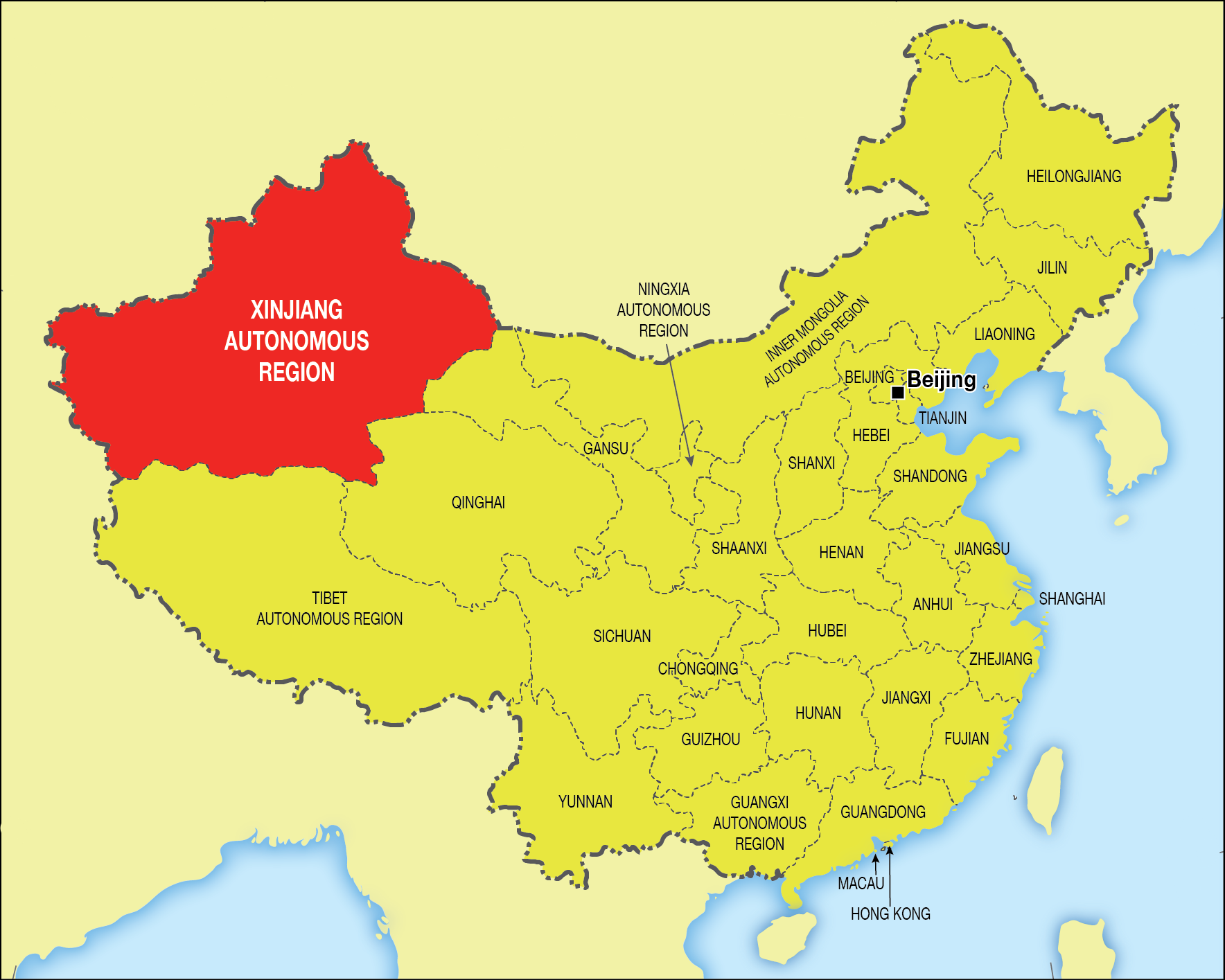 It covers an area of over 1,600,000 square kilometers with a population of 24.876 million (by the end of 2018) subdividing into the Uygur, the Han, the Kazak, the Hui, the Kirgiz, the Mongol, Russia, and many other nationalities. The Taklamakan Desert, which is the largest desert in China, and Turpan Basin, which is the lowest land below sea level in China, are all in the Xijiang Maps.

Xinjiang is a world-famous township of music and fruit. It is well-known for its massive land and abundant resources, magnificent mountains, and rivers. In this vast land, there are ice snow ridge and Gobi desert, plateau landscape, numerous mountains and grand peak, cliff-side spring and waterfalls, rare animals. 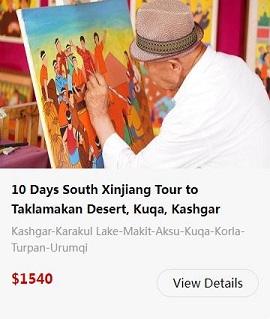 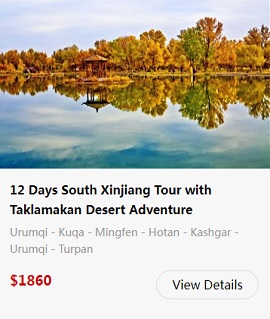 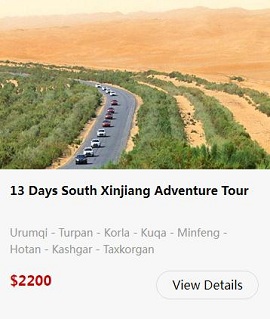 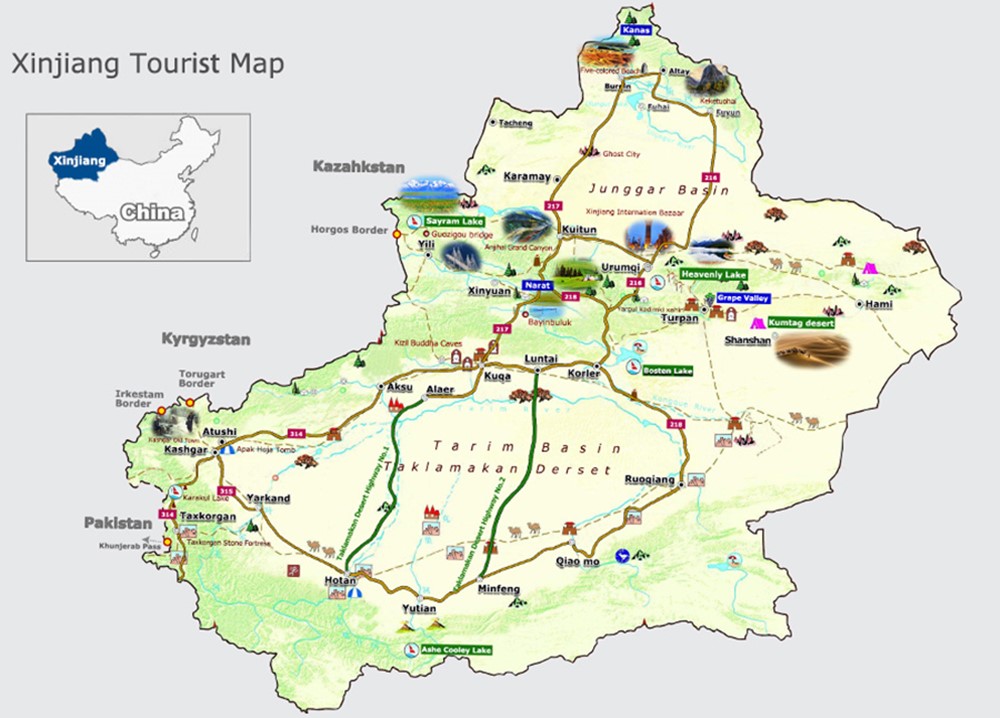 Tourism is a pillar of China's economic development industries. Xinjiang tourism resources are plentiful and colorful with peculiar natural landscape and pleasant climate. Xinjiang has a typical temperate continental climate, which is dry in the southern part of the region and rainy in the northern region. The famous natural scenery in Xinjiang includes the Heavenly Lake, Karakul Lake, Bayibuluke Grasslands, Flaming Mountains, etc... Xinjiang's historical heritage is also numerous, such as the Jiaohe Ruins, Gaochang Ancient City, Kizil Thousand Buddha Caves, Sugong Minaret; all of them are well known at home and abroad.

Tianshan, as a symbol of Xinjiang, traverses the middle to form the Tarim Basin in the south and the Junggar Basin in the north. 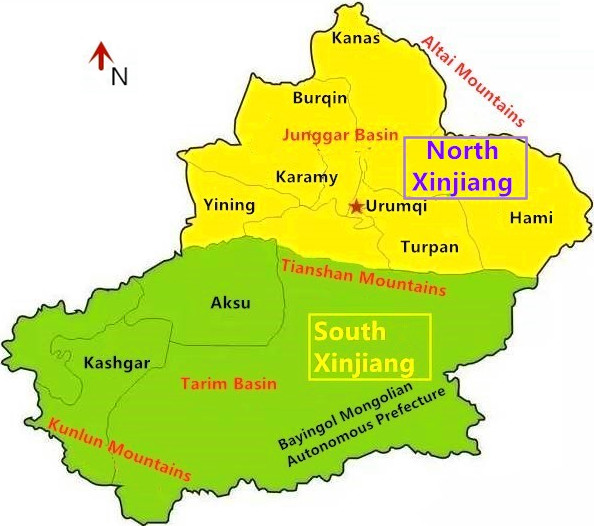 Northern Xinjiang is a nature-lover’s paradise. Beautiful grasslands, pristine lakes and meandering rivers are full of dreams. Opportunities for hiking are abundant, but even those who prefer a leisure vacation can still have an amazing time in northern Xinjiang. 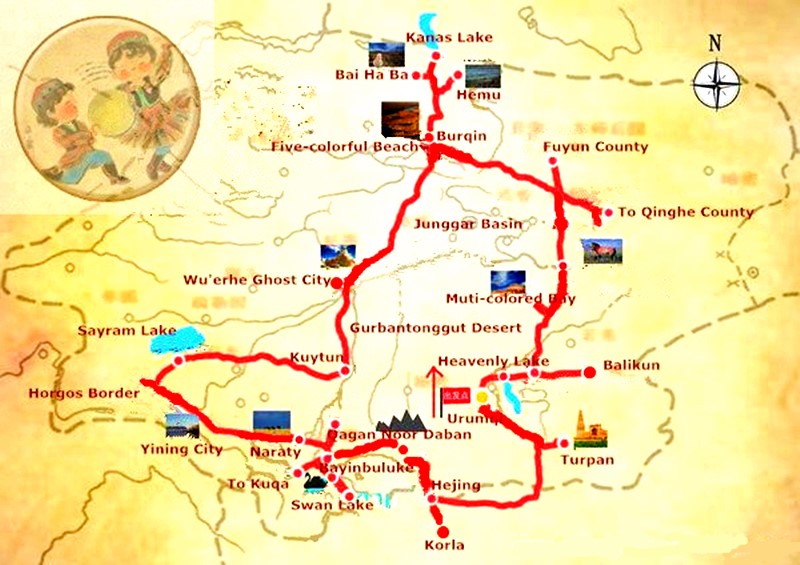 South Xinjiang has been a Multi-ethnic area since ancient times. The arts and colorful customs of the Han, Uyghur, Tajik, Kirgiz and other ethnic groups constitute a strong national characteristics of the cultural landscape 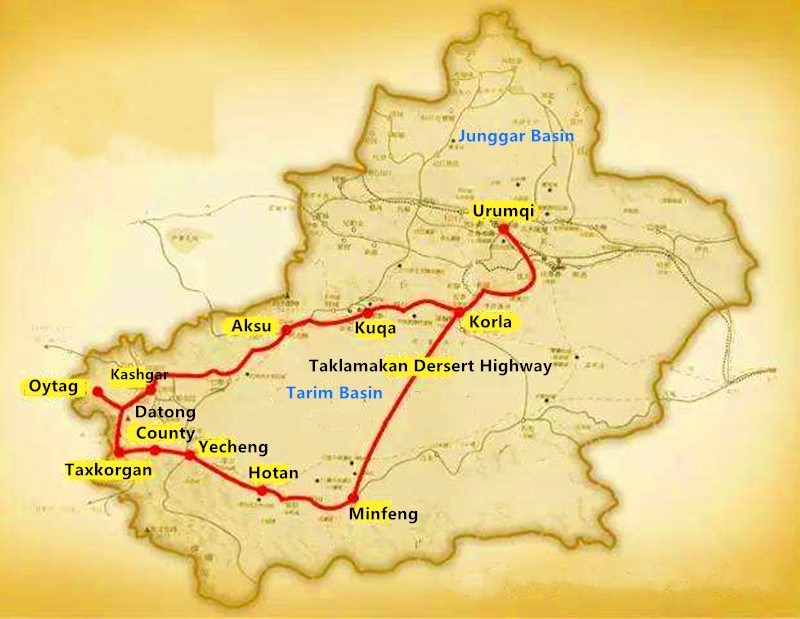 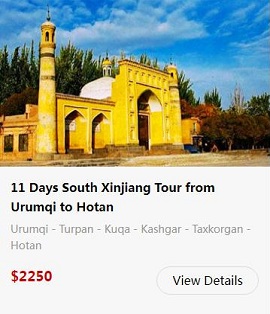 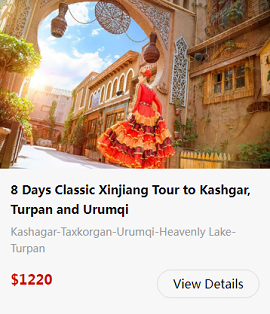 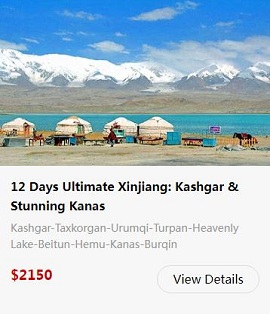 Urumqi, commonly known as “Wushi” and formerly called “Dihua”, is a large city that is the most inland and furthest from the sea and coastline in the world, is the capital of Xinjiang, and the political, economic, cultural, scientific, educational and transportation center of Xinjiang. Urumqi, now is a national model city of national unity and progress, and an excellent tourist city. 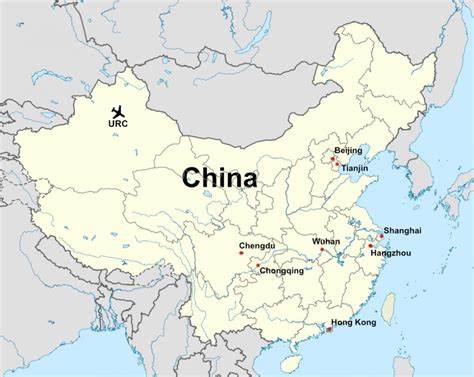 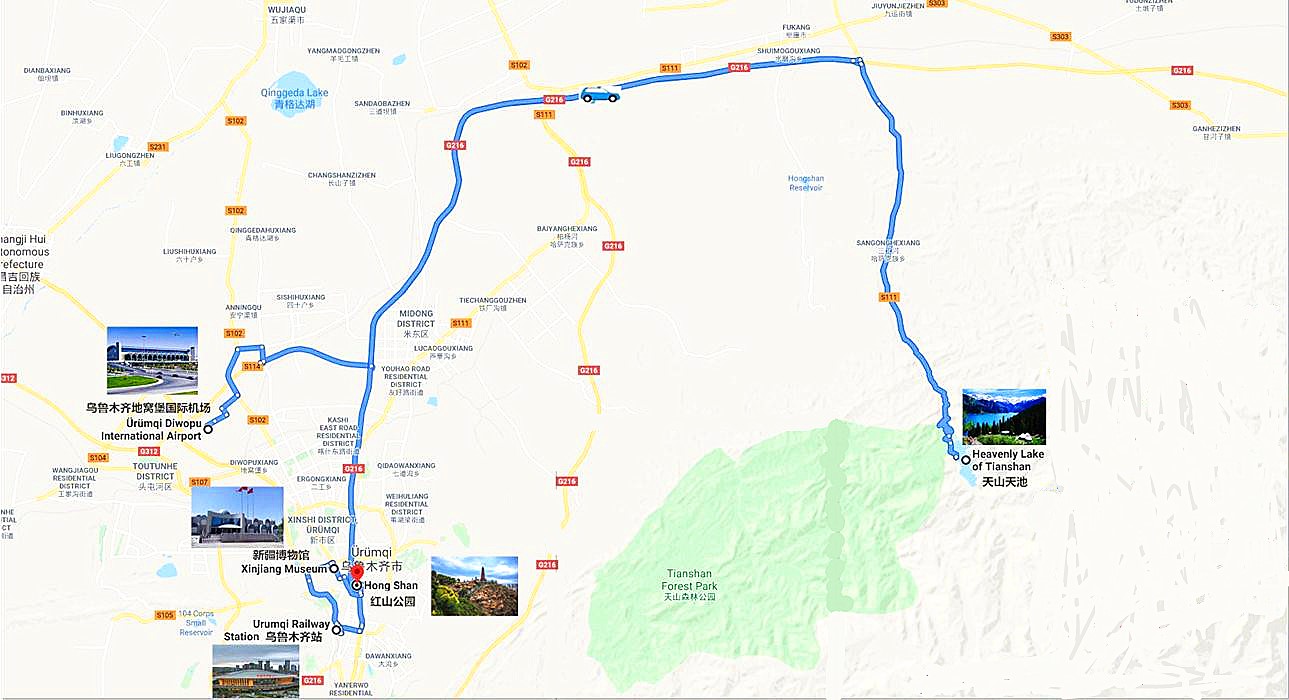 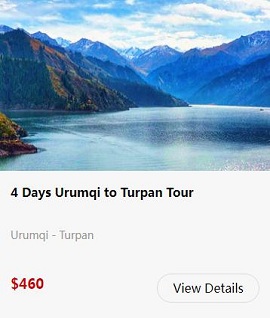 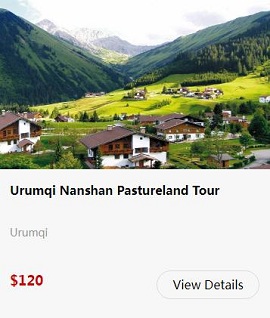 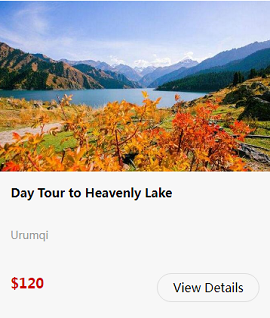 Kashgar Known as Shule in ancient times, the important Silk Road trading post at the junction of the Northern & Southern Routes in the extreme western fringes of China. Closer to the Middle East than it is to Beijing and a world away. 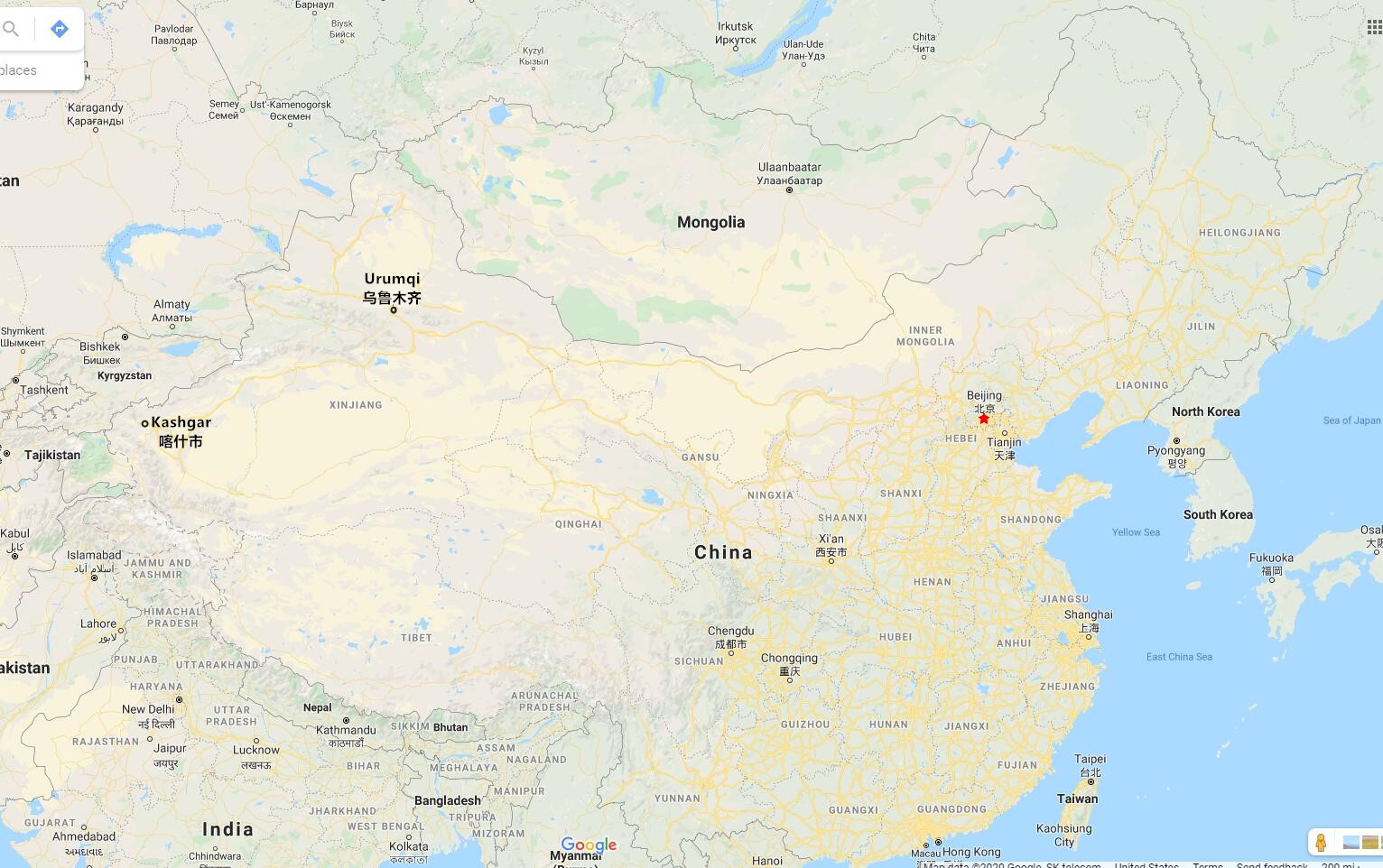 Kashgar tourist resources are still rich, such as the largest Idigar Mosque in Xinjiang, exotic Terraced Households, the unique scenery of Karakul Lake, the magnificent Mustag Peak, and the famous Old Town, which highlights the local life ... These have gathered into the unique cultural atmosphere of the western region of Kashgar, the tall and pure plateau scenery, the beauty of the snow-capped mountains touches every inch of your nerves. 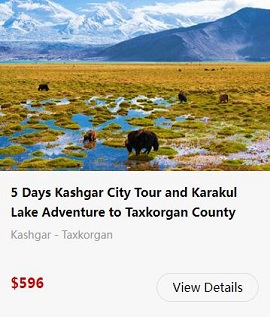 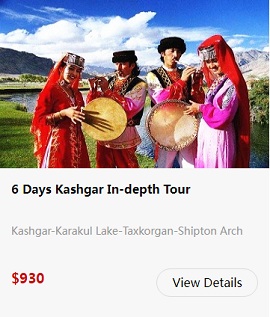 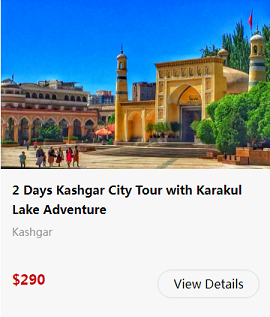