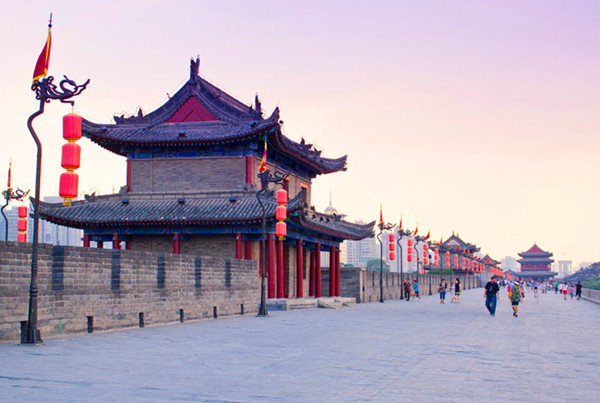 Xi'an City Wall, initially serving as a military defensive system in ancient times, is China's best-preserved and most massive existing old city wall. Today, the city wall is considered a landmark dividing the city of Xi'an into the inner and outer parts. The South Gate and North Gate are the two main entrances to the inner city. The city itself is neatly arranged along the Wall.

Location: Around the city center of Xi'an

Best Time to Visit: March to June and September to November is the best time to visit Xi'an. You'd better choose to visit Wall either in the morning or after sunset to avoid the scorching sun if you visit in July and August, the hottest months in Xian. 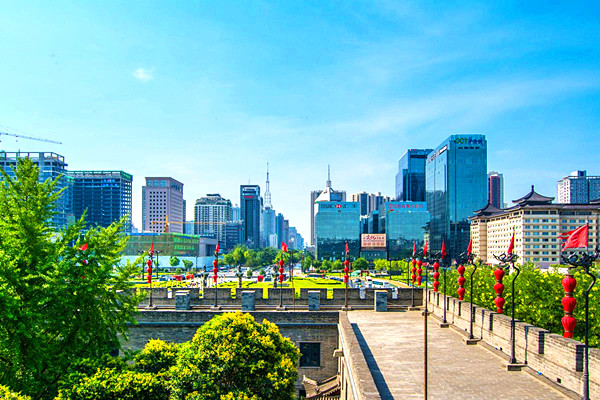 Transportation to the four main gates:

The History of the City Wall 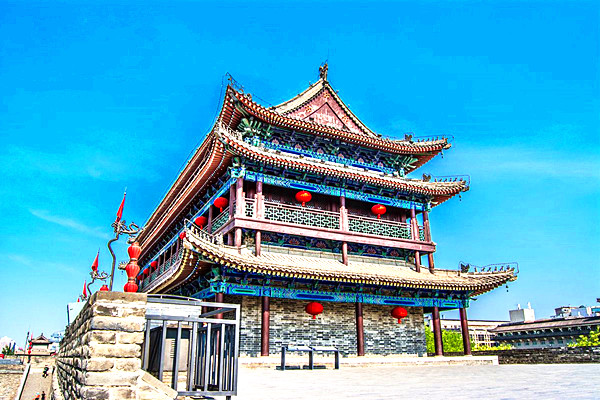 Long before the establishment of the Ming Dynasty, Zhu Yuanzhang took advice from a recluse: build up high walls, hoard abundant food supplies, and take time to claim the throne. After the united the country and established the Ming Dynasty, he started to build city walls all over the country. Xian City Wall was built at this time. Nowadays, Xian City Wall is the most enormous and best-preserved existing ancient city wall in China.

The Structure of the City Wall

Xi'an City Wall, stands 12 meters high, after its enlargement in the Ming Dynasty. It is 12-14 meters across the top, 15-18 meters thick at the bottom, and has a perimeter of 13.74 kilometers. The Wall is sturdy and firm and consists of a series of military fortifications including gates, watchtowers, ramparts, battlements, tunnels, and a broad and deep moat running around the city.

The Main City Gate of the City Wall 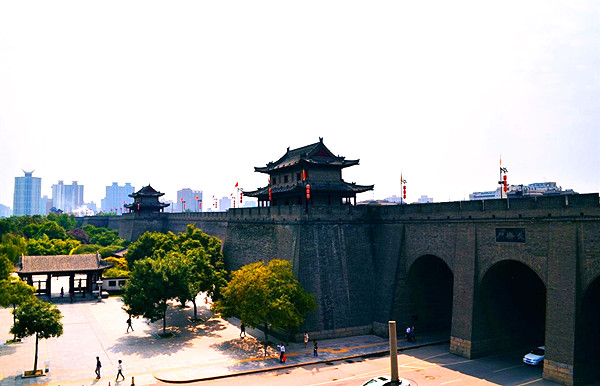 The complicated gate structures were built within the Wall since the ancient weapons did not have the power to break through a wall, and the only way for an enemy to enter the city was by attacking the gate of the city wall. The Wall includes four entrances, and they are respectively named as Changle in the east, Anding in the west, Yongning in the south, and Anyuan in the north.

Anding Gate (also the West Gate), formerly the central gate in the west wing of the Tang Forbidden City, was preserved after the construction of the new Forbidden City at the end of Tang. It was moved southward and renamed Anding Gate when the city wall was expanded in Ming Dynasty.

Yongding Gate, being the most ancient one, was initially built in 582 AD and called Anshang Gate. It was called South Gate when the new imperial city was built and renamed Yongning Gate in Ming Dynasty. It is noted for its closeness to its original condition compared to all the other old city gates. Every day, cars, pedestrians, and bicycles go through the gate.

What to Do on the City Wall 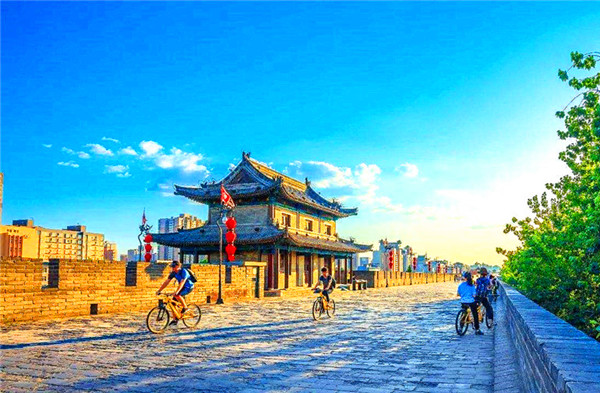 Cycle on the Wall

Traveling is nothing if not a chance for you to see things for yourself, right? Don't worry; we've gathered some options for you to allow you to see the ancient city wall up close and personal.

There's nothing quite like clobbering a hike. You can start at the South Gate, which is the most treasured of the four main gates because of what it represents in Chinese culture if the mood strikes: the landmark wherein you meet special, honorable guests. It's the best way that head Westbound and start your exploration to explore the popular sections of the Great Wall and the wild sections of the Great Wall,once you're there.

Cycle on the Wall

It is more adventurous to take a bike and cycle the ancient city wall, which will serve as a bit of reprieve if you're feeling a bit tired, and you'll, as a result, be able to explore even more. You should try to do this at night if possible because the views you'll get to absorb are that much more impressive when it's dark out.