Sitting on the west end of the Hexi Corridor, Dunhuang used to be a famous posthouse town on the ancient Silk Road and the west-most city of Gansu Province. 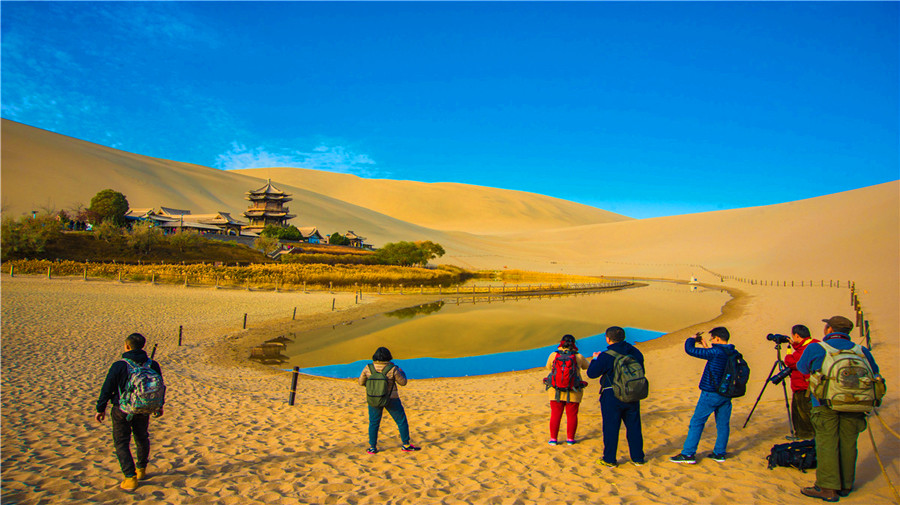 Dunhuang area was known as “SanWei” before the Spring and Autumn Period and changed to “Guazhou” (land of melons) due to its abundant melon products. The current name Dunhuang was adopted in the Han Dynasty, meaning “large and prosperous.

Since its official incorporation as a County in 111B.C. (6th year of the Yuanding Period during Emperor Wu of the Han Dynasty), Dunhuang has been habitually regarded as the border. West of Dunhuang was referred to as the Western Regions. In 619 (2nd year of the Wude Period of the Tang Dynasty), Dunhuang was renamed Shazhou (Sand Kingdom), following the Singing Sand Dunes in the south of the city. The three routes of the ancient Silk Road leading to Xinjiang all refer to Dunhuang as the starting point. As all business travelers going east or west have to go through Dunhuang, it was recorded in history books that all roads to the west converge at Dunhuang. 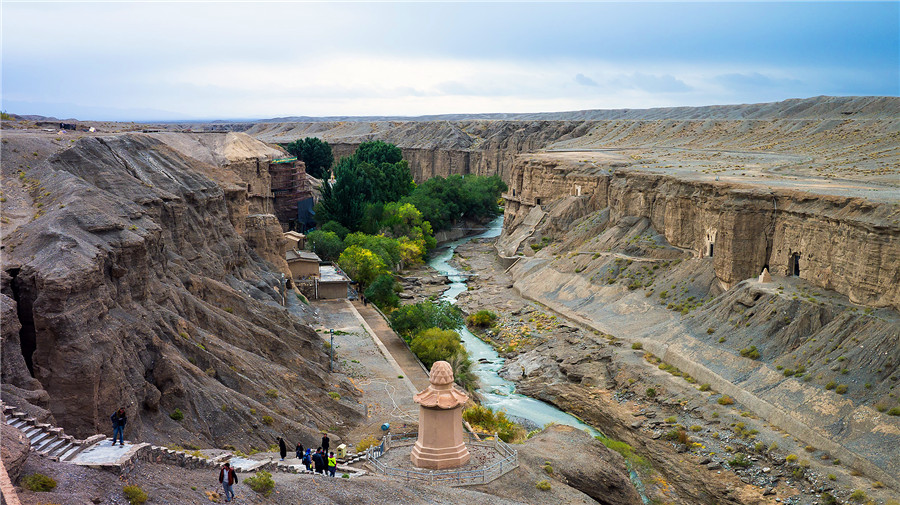 From the Han to the Tang Dynasty, commercial activities and business travel on the Silk Road were quite busy. Dunhuang became a major industrial and trade town. During the Tianbao Period of the Tang Dynasty, the Dunhuang population increased to one hundred and twenty thousand. During the Lantern Festival, the city of Dunhuang was brightly lit, and the scale of the spectacular event was only next to the capital city of Chang’an, a full indication of its prosperity.

By the Tang Dynasty, there were over a thousand grottoes built on the mountain cliff. With successive generations’ efforts, the number of existing caves built since the Northern Wei till the Yuan Dynasty amounts to four hundred and ninety-two, entailing over forty-five thousand square meters of mural paintings and more than three thousand color sculptures. 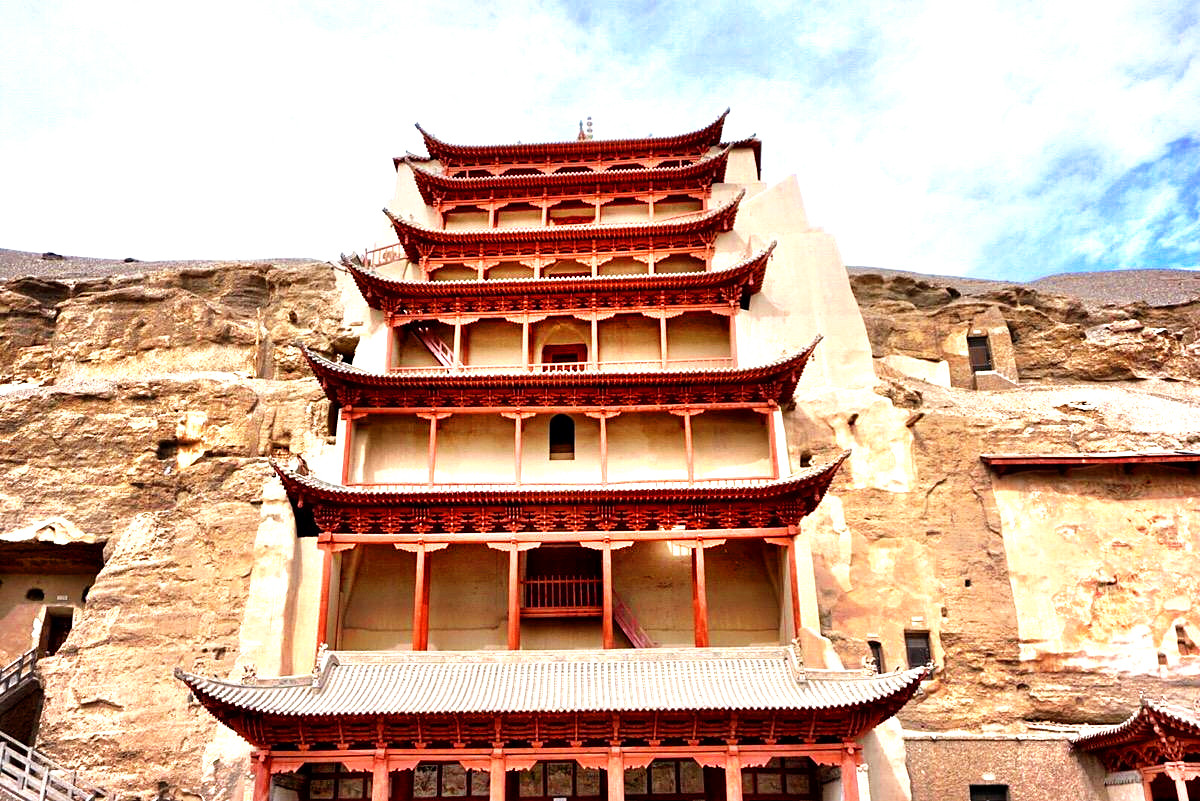 Dunhuang was the transit hub for east-west trade and the merging point for religion, culture, and knowledge. The four hundred and ninety-two caves are known to the world for the sculptures and mural paintings they contain, demonstrating the Buddhist art that has lasted for over a thousand years. Nearly sixty thousand pieces of precious cultural relics between the 4th and the 14th centuries have been found from the grottoes by far. In 1987, the Mogao Grottoes site was listed as a world heritage by UNESCO with the following statement: Mogao Grottoes are located on a strategic point of the Silk Road. Locate twenty-five kilometers southeast of the city; the Mogao Grottoes site is the largest of the three. Built on the cliff of the east foothill of the Mingsha Mountain, the total length of the grotto site is about 1.6kilometers. According to records on the Tang Dynasty tablet, construction of the Mogao Grottoes first started in 366(2nd year of the Jianyuan Period during Former Qin) by a monk named Lezun.