The Museum of Qin Terracotta Warriors and Horses 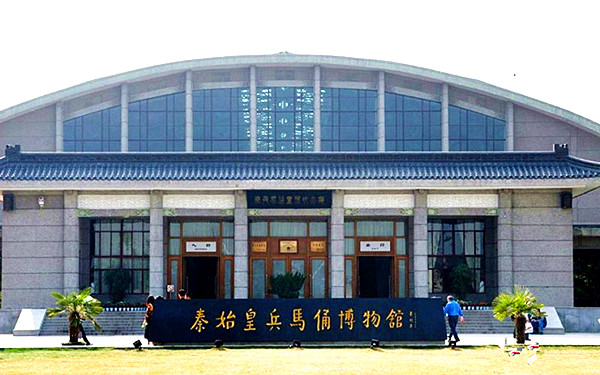 The Museum of Qin Terracotta Warriors and Horses

The Terracotta Warriors, an entire army of thousands of life-size clay warriors, horses and chariots were unearthed 35 meters under the ground, are one of the most impressive archaeological finds in history and the most famous attraction of China after the Great Wall.

Best Time to Visit: All year round, as it is indoor, especially in Autumn and Spring, while the climate is comfortable. 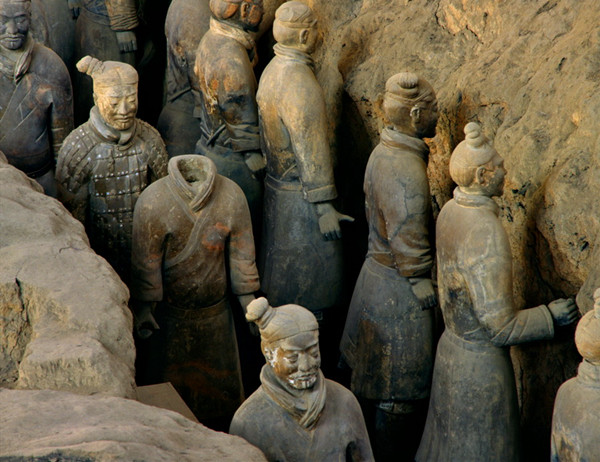 There are books about the history and discovery of the terracotta warriors, which you can buy in the museum's bookstore.

It does not allow walking down to the pits. When taking pictures, please remember not to use the flash.

In 221 B.C., Emperor Qin Shi Huang of the Qin dynasty established the first centralized feudal dynasty in China. He was buried at the northern foot of Lishan Hill in the east of Lintong County after his death. The tomb has been reduced to half its size after 2,000 years of water, but the 76 meters high soil erosion and a fundamental space of 120,000 square meters are still impressive.

The tomb took 39 years and 700,000 workers to reach completion. It had pearls embedded in the ceiling to represent the stars, and rivers and lakes were modeled with liquid mercury. The tomb itself has not been opened yet. 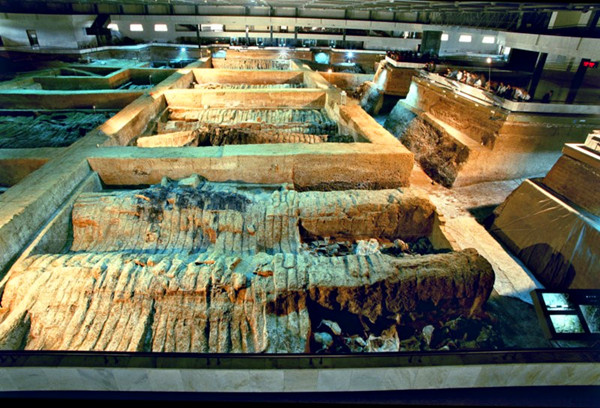 The museum mainly consists of 3 significant pits tagged in the order of their discoveries and the Bronze Chariots and Horses Exhibition Hall.

Pit 1: the most extensive exhibition hall; found in 1974 and opened to the public on Oct. 1st, 1979. There is the vanguard in three rows followed by a massive battle array of infantry and war chariots.

Pit 2: the most spectacular one for various divisions, including infantry, crossbow team, cavalry, and 80 chariots. It was found in 1976, 20 meters northeast of No. 1 Pit.

The Exhibition of Bronze Chariots

Bronze Chariots and Horses Exhibition Hall is located south to the Terracotta Warrior Pit 2. The two bronze carriages displayed in the hall were discovered 20 meters from the west side of the Tomb of Qin Shihuang in December 1980 and were elaborately restored. 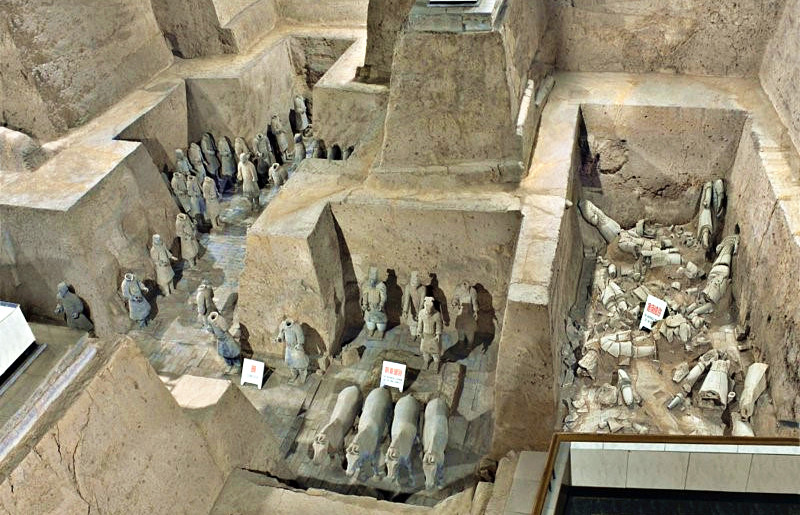 The Exhibition of Bronze Weapons

The Bronze Weapons Exhibition Hall is located on the right side after entering the gate of the Qin Terracotta Warriors Museum. There are exhibiting bronze weapons such as sword, dagger-ax, spear, tomahawk, beryllium, crossbows, etc. Among them, the wugou beryllium was firstly found in China.

There are a large number of bronze weapons unearthed from the terracotta warriors pits. According to preliminary estimates, the number is close to 40,000, and most of them are bronze arrowheads. The excavation of these weapons reflects the scale and standard of the production of firearms.

How to Get to the Terracotta Warriors 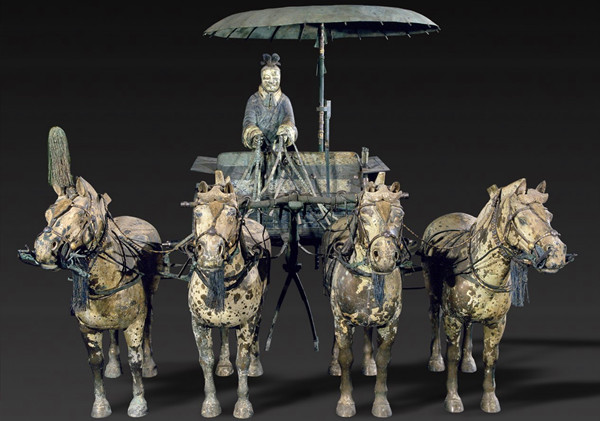 The Exhibition of Bronze Chariots

1. Metro line 1 to the terminal stops Fangzhicheng. There are tourist buses No.5(306) from a roadside bus stop 25-30 meters north to the nearby Fangzhicheng Bus Station, which operates between 7:00 and 19:00. It will take you to the Terracotta Warriors Museum.

1. Take metro line 2 to Beidajie, then change to line 1 to Fangzhicheng, finally take a tourist bus 5 (306) to get there.
2. It takes about 1 hour to take a taxi from Xi'an North Railway Station. 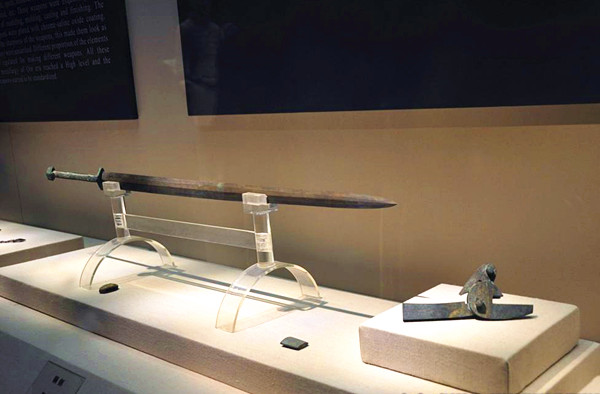 The Exhibition of Bronze Weapons

1. Take the airport shuttle bus to Fangzhicheng Bus Station and transfer to tourist bus line 5 (306) to the Terracotta Warriors and Horses.
2. Take metro line 13 to Xi'an North Railway Station, change to line 4 to Wulukou, then switch to line 1 to Fangzhicheng, where you can take tourist bus 5 (306).
3. Take the airport shuttle bus to Lintong in one hour, and then take bus Lintong 101 to the museum in 20 minutes.
4. It takes 70 minutes to take a taxi from Xi'an Airport to the Terracotta Army.