Tourists looking to visit locations featured in the series that they can pay a trip to the Big Goose Pagoda which is one of Xian's most famous landmarks from imperial days. One of China's best examples of a Tang-style pagoda, it was completed in 652 to house Buddhist sutras brought back from India by the monk Xuan Zang. His travels inspired one of the best-known works of Chinese literature, Journey to the West. 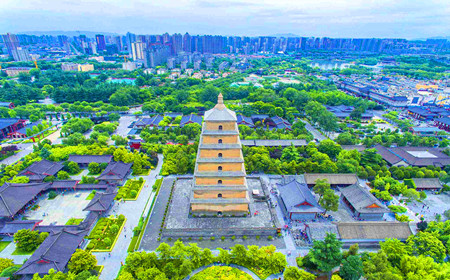 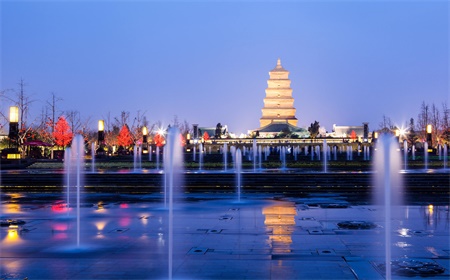 The Big Wild Goose Pagoda was erected in 652 during the Tang Dynasty (618-907). It was originally used to store Buddhist scriptures and relics that Buddhist monk Tang Xuanzang brought back from the Silk Road and India.

Located in the southern suburb of Xi'an, the Buddhist pagoda is an excellent example of Chinese pavilion-style brick towers inspired by Western civilization. The tower measures 64 metres high, with seven floors. The lowermost side of the tower is 25 metres long, and the above layers gradually reduced, showing a pyramidal shape. For a good photogenic spot, you could walk to the top of the Pagoda to enjoy the wonderful view of the city.

Master Xuanzang has translated many Buddhist sutras and promoted Buddhist Dharma in Da Ci'en Temple for 11 years, and he also founded the Buddhist "Xiangwei Zhizong", which made Da Ci'en Temple be the ancestral court of the Buddhist "Xiangzong". During this period, the Master personally supervised the construction of the Great Wild Goose Pagoda to worship the statues and relics that were invited back from India, which is the great contributions to Chinese Buddhism.

When nights fall, the Tang Paradise treats visitors to a spectacular Lake Show, featuring lasers and other special effects including video projection onto the water. It is a large theme park near the site of the ancient Furong Garden but consists almost entirely of modern construction.

March to October are the best time to travel to Xi'an. Among them, Xi'an is famed for its annual festivals; one of the livelier ones is the Silk Road International Tourism Festival. Every September people gather in downtown Xi'an for this event. Fireworks, folk music and dance performances, talent shows, cultural exhibitions are all part of the itinerary.

Annual Temperature of the Year/℃ ( High-Low )

Monday to Friday: 12.00 AM to 9.00 PM, ( Every Tuesday, the fountain dance equipment have to routinely overhauled ).