Xi'an is a museum city dotted with the historic relics of past dynasties, from the restored City Walls to the majesty of the Terracotta Warriors. Xi'an will delight travellers today, as it did centuries ago as the starting point of the silk road. 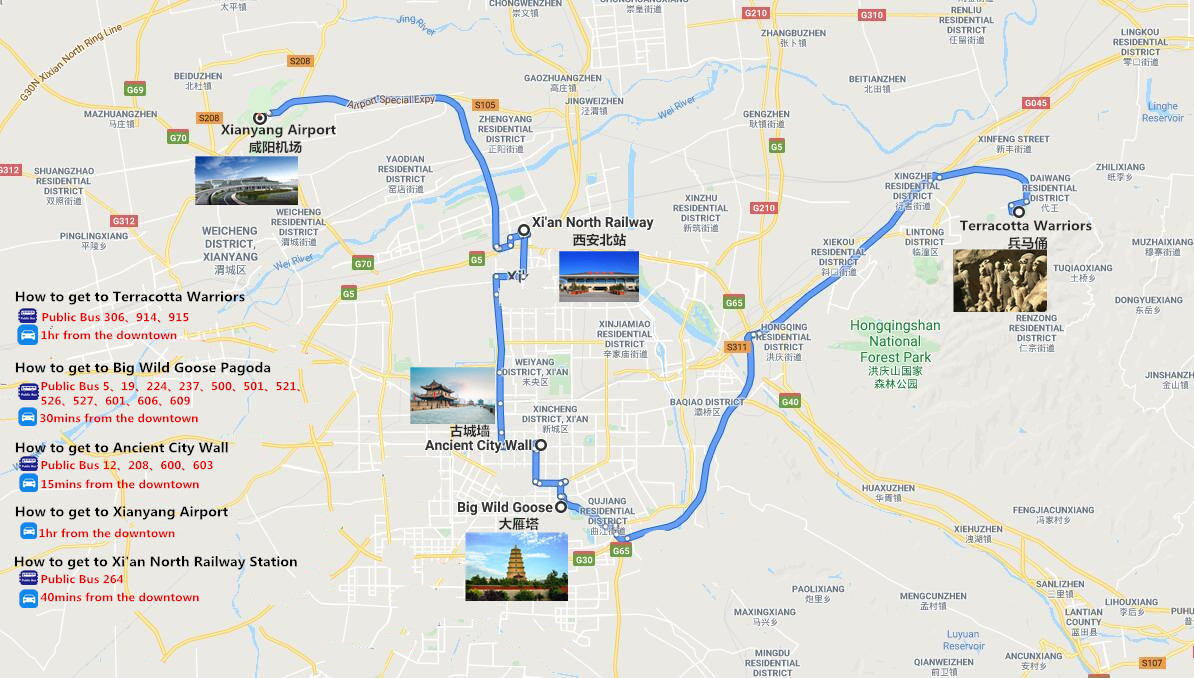 Pick up you from hotel in the moring and then drive 1 hour to get close to the incredible Terracotta Warriors in China's first Emperor's Tomb built 2300 years ago, the most significant archaeological excavations of the 20th century.

After lunch in the local restaurant, head to ancient architecture and a holy place for Buddhists- Big Wild Goose Pagoda, the restored Buddha and building are beautiful with spectacular timber work and gilded features are recently built by donors, they make a fine job of explaining the role of Buddhism in China's history.

Afterwards, drive to the Ancient City Wall, the most well-preserved city wall and the largest ancient military defensive systems in the world. You will have a bird's-eye view of panorama of Xi'an city when wandering along the city wall

After one-day tour, drvie you to hotel.

Extend your Tour to following destinations.