How was the Ancient Loulan City Discovered? 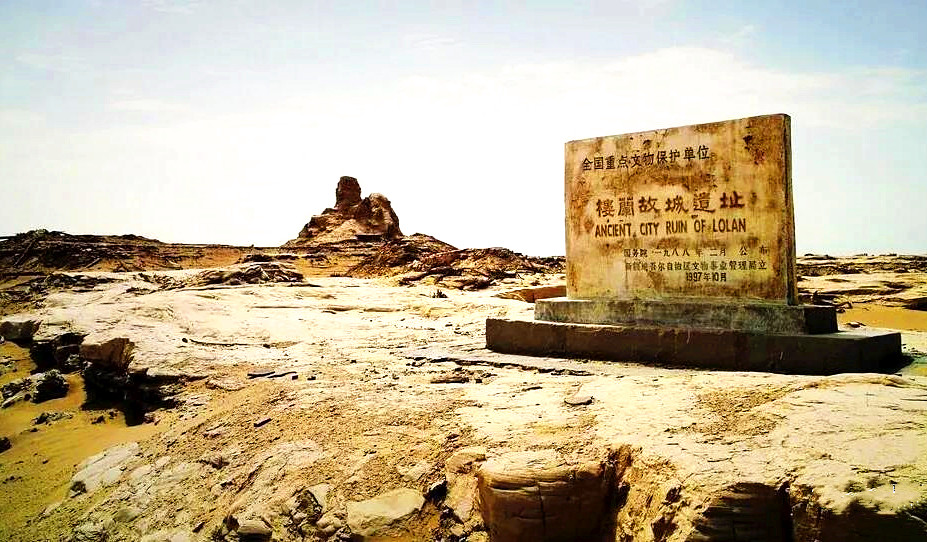 Loulan, located near Lop Nur, Xinjiang, was once the famous oasis of the Silk Road Pearl of the Western Regions, and the most prosperous state of Buddhist culture. It gradually withdrew from the stage of history and eventually drowned in the dust of nature and years, due to changes in the environment and the current situation. With the arrival of Western explorers in the late 19th century and early 20th century, its quiet time and space were disrupted, and the mysterious veil was lifted.

A 3,800-year-old female mummy (1800 BCE), the first of a series of mummies now known as the Tarim mummies, was discovered in Loulan in 1980, indicating very early settlement of the region. 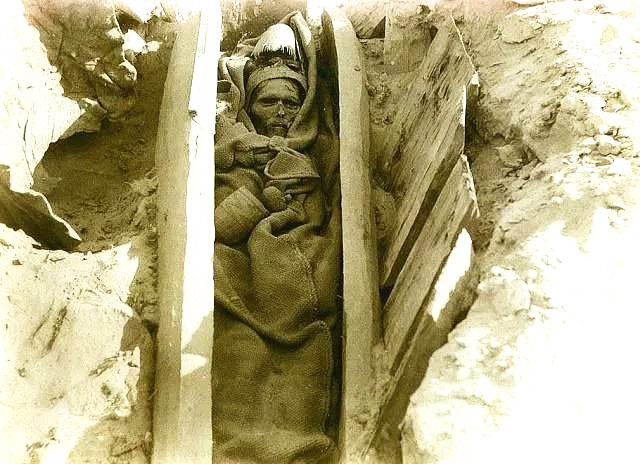 The first historical mention of Loulan was in a letter from the Chanyu of the Xiongnu to the Chinese Emperor in 126 BCE in which he boasted of conquering the Yuezhi, the Wusun, Loulan, and Hujie (呼揭), "as well as the twenty-six states nearby." In 126 BCE, the Chinese envoy Zhang Qian described Loulan as a fortified city near Lop Nur. The Han Chinese forces conquered it in 108 BC for strategic location and turned it into a state; a military colony was later established and maintained there.

However, the flourishing city of Loulan was abandoned in the 3rd century the by the time of the Tang Dynasty (618–907 AD) it had fallen into oblivion and never mentioned again until its rediscovery in the 20th century when archaeologists uncovered the ruins of buildings, residential dwellings, and Buddhist pagodas, as well as numerous artifacts.

Loulan was on the main route from Dunhuang to Korla and was connected by a route southwest to the kingdom's seat of government in the town of Wuni in the Charkhlik/Ruoqiang oasis, and from thence to Hotan and Yarkand. Bordering the Chinese heartland, the Kingdom of Loulan references to this desert country are available in official historical travel records of Buddhist monks and Tang Dynasty poetry.

From the middle of the 19th century to the beginning of the 20th century, in the lonely, desolate, and uninhabited Taklamakan Desert, the hurried figure of Western adventurers appeared from time to time. This area, covering tens of thousands of miles and being obliterated, has attracted the world's attention for a time. Explorers gradually discovered the quiet ancient oasis ruins in the sand sea thousands of years ago, a team of hurrying camels began to break the desert for thousands of years, jingling and ringing empty sky.

On 28 March 1900, when leading his expedition in the desert region near Lop Nur, Swedish explorer Sven Hedin (1865~1952) found their only iron shovel missing. He ordered the local guide to look for the shovel instantly. A sandstorm hit the guide on his way, and to his amazement, after the storm calmed down, he found himself in the ruins of an ancient town…One year later, this site was explored, and valuable objects and documents were collected, which testified to its great importance in understanding the complex history of this section of the Silk Road.

Sven Hedin and His assistents

Hedin navigated the Yarkand, Tarim, and Kaidu rivers and found the dry riverbed of the Kum-darja and the dried-out lakebed of Lop Nur. Near Lop Nur discovered the ruins of the 340 by 310 meters former walled royal city and later Chinese garrison town of Loulan, containing the brick building of the Chinese military commander, a stupa, and 19 dwellings built of poplar wood. He also found a wooden wheel from a horse-drawn cart (called arabas) as well as several hundred documents written on wood, paper, and silk in the Kharosthi script. These provide information about the history of Loulan, which had been located on the shores of Lop Nur but had been abandoned around the year 330 CE because the lake had dried out, depriving the inhabitants of drinking water. 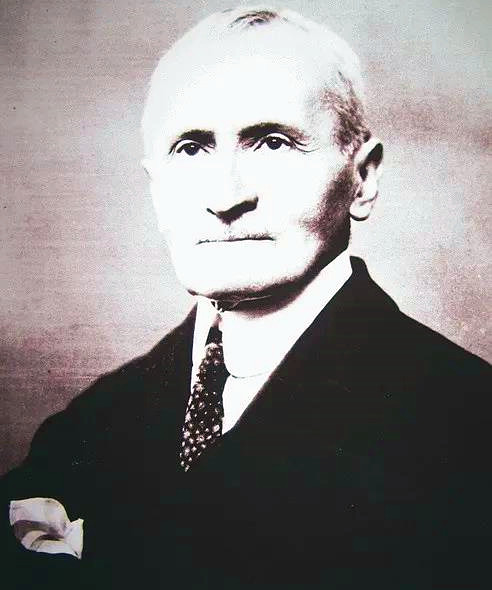 Aurel Stein, a Hungarian-British archaeologist, primarily known for his explorations and archaeological discoveries in Central Asia. He was also a professor at various Indian universities. Stein made further excavations in 1906 and 1914 around the old lake of Lop Nur and identified sites in the area which he named L (standing for Loulan) followed by a letter of the alphabet (A to T) allocated in the chronological order the sites were visited. Stein recovered many artifacts, including various documents, a wool-pile carpet fragment, some yellow silk, and Gandharan architectural wood-carvings.

At the beginning of the New Year in 1907, before going to Dunhuang, Stein discovered a Milan mural that was "unprecedented and completely unexpected." Milan, the earliest royal city of Loulan, is an ancient city built in the Eastern Han Dynasty, which has long lost its prosperity, and even its fascinating name has disappeared. The ancient city of Milan is located on the old Silk Road South Road from Dunhuang along the Shule River to Loulan and the north foot of Kunlun Mountain. In the middle and late 5th century AD, the Loulan Kingdom was broken by Ding Ling, and Tuyuhun occupied the land. 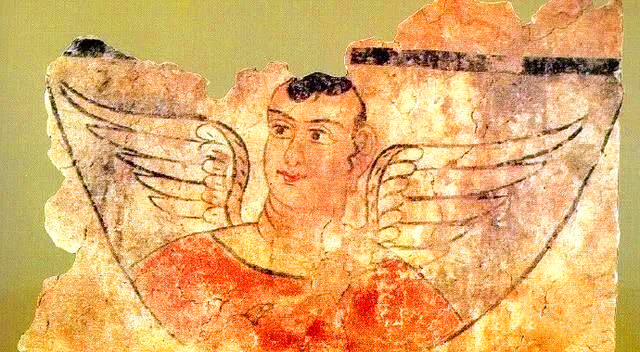 Stein planned to dig in Milan for 4 or 5 days but stayed for 18 days. The stolen cultural relics are breathtaking. One-piece after another of the rare treasures excavated is enough to make Stein Fuchak the world.

In January 1914, Stein came to Milan again for the third expedition to Central Asia. He still had illusions about this mysterious ancient city that enchanted him, dreaming of grabbing richer and obsessive cultural relics. Stein found several ancient ruins in the desert near the Milan ruins; the city walls are made of a mixture of branches and earth, where they cleared out many wooden components and other copper and iron objects. And Stein discovered some dull calves written in Lulu, Brahma, and Chinese near another relatively small fortress, that he believes that these sites are mostly buildings before the early 4th century AD.

The Expedition of Chinese Archaeologist 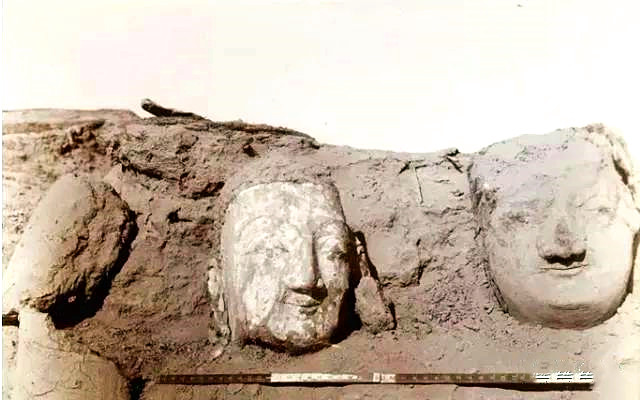 In 1979 and 1980, three archaeological expeditions supported by the Chinese Academy of Social Sciences Xinjiang Branch performed excavations in Loulan. They discovered a human-made canal, 4.6 meters deep and 17 meters wide, running through Loulan from northwest to southeast; a 9.8 meters high earthen dome-shaped Buddhist stupa; and a 12 meters long by 8.5 meters full home, apparently for a Chinese official, housing three rooms and supported by wooden pillars. They also collected 797 objects from the area, including vessels of wood, bronze objects, jewelry and coins, and Mesolithic stone tools...

It is advised that travelers bring a lot of water, warm clothes, and medicine to this site. Be prepared for high temperatures and dust, and it is recommended that visitors travel in groups, because the road to the ancient city is tough. Visitors should also be reasonably fit. There are sightseeing buses in Ruoqiang County, but they cannot enter the archaeological site. You will need to either walk or ride a came if you want to go to the location of the cultural relics.