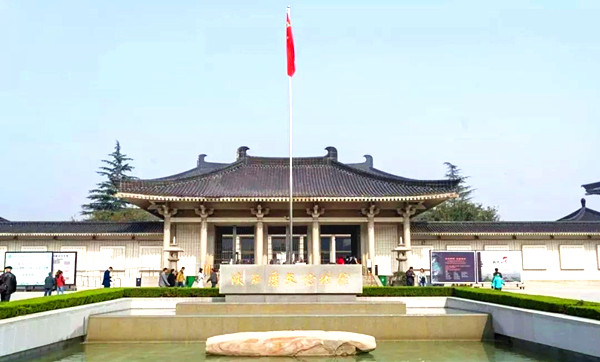 Shaanxi province, one of the important areas where Chinese nation lived and multiplied, is also one of the places of the birth and development of Chinese civilization. It was the capital of 13 most glorious dynasties and so on. The rich cultural legacy and profound cultural heritage formed the Shaanxi unique historical cultural features.

Shaanxi History Museum, located in the northwest of the Wild Goose Pagoda, was built in 1983 and was open on June 20, 1991. It is the first large-scale modern national museum of China, which marks that China museum career has entered into a new development mileage. 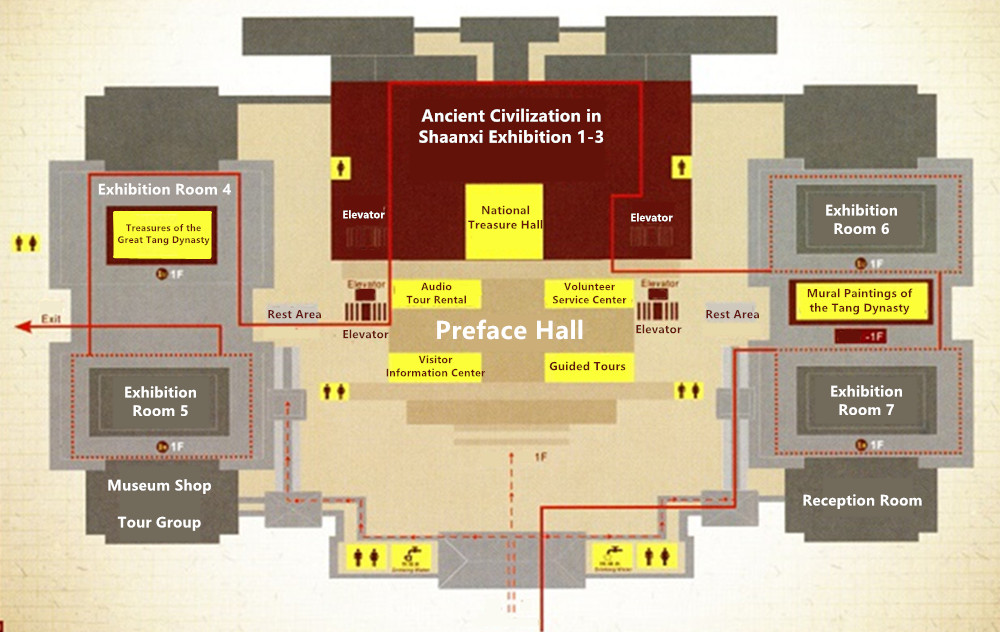 Note: In order to ensure the safety of the audience and the quality of the visit, the public must reserve free tickets in advance 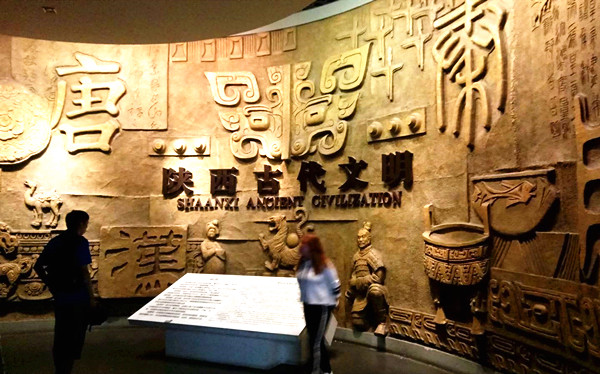 The great designer used traditional palace construction of Tang Dynasty for reference, while designing the buildings in Shaanxi History Museum. The complex architectures, adopting symmetry axis layout with obvious principal and subordinate buildings in order and four worship halls around, show the charming presence of prosperous Tang Dynasty. The predominant colors of the buildings are white, grey and black which create an atmosphere of solemnity. 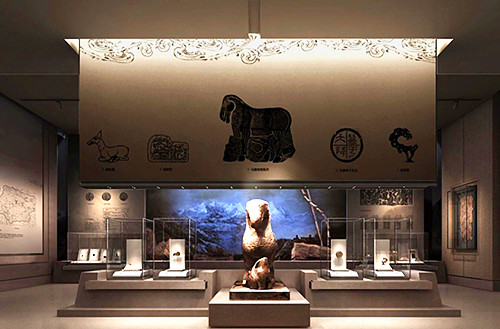 It shows  the history of Prehistoric Times (1,150,000 years ago - 21st Century BC), Western Zhou (1046 - 771 BC) and Qin Dynasty (221 BC-206 BC). Different original cultures are mainly shown in prehistoric times. In the Western Zhou and Qin Dynasty areas, the origin and arising of these two dynasties are covered. 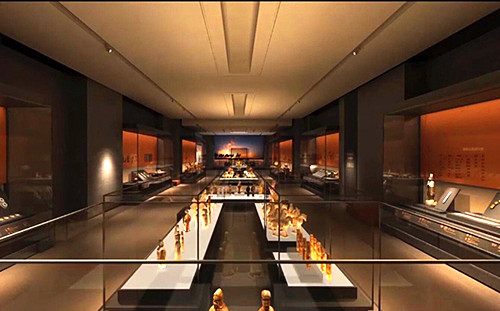 It covers the history of the Tang Dynasty and later years. The Tang Dynasty was the heyday of China and Shaanxi Province; so many different kinds of relics covering almost all aspects are shown in this section. You can see splendid gold and silver articles, tri-color glazed pottery, and articles related to the Silk Road in this hall. After the Tang Dynasty, it was still an important place, although Xi'an lost its position as the capital city of China. There are many relics that show its continuing importance.

Treasures of the Great Tang Dynasty

On October 5, 1970, two large urns, containing more than one thousand splendid gold, silver, jade, crystal, agate and glass wares, were unearthed at Hejiacun village in the southern suburbs of Xi'an city, the place where the Xinghua Quarter of Chang'an city of the Tang dynasty was located. 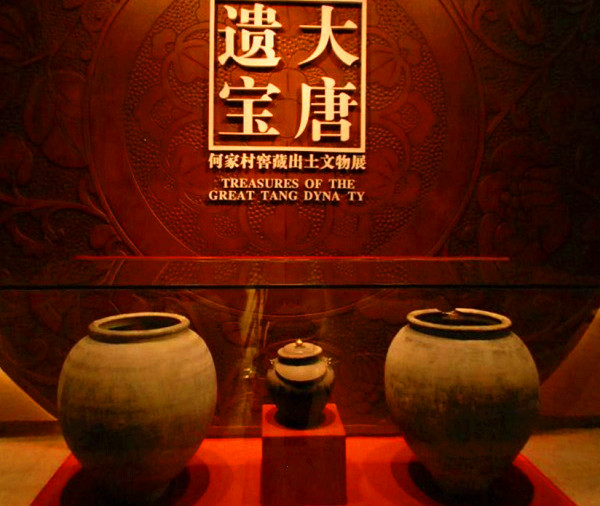 Treasures of the Great Tang Dynasty

These wares won everybody's admiration for the perfect integration of the bearing of the Great Tang dynasty and the exotic style. The Chinese archaeologists addressed this discovery as a rival of "Treasures of Oxus River", the famous archaeological discovery known by the west, as well as one of the Significant Archaeological Discoveries of China during the Twentieth Century.

Since Hejiacun treasures were discovered, only a small part of them were displayed in this museum or were invited to join the overseas tour exhibitions. Most of them were kept in the storehouses. When these treasures were buried? Who was the owner? Why they were buried? This exhibition, the most complete one, aims to invite you to explore these riddles, and to share the rare legacy of the great Tang dynasty.

Mural Paintings of the Tang Dynasty 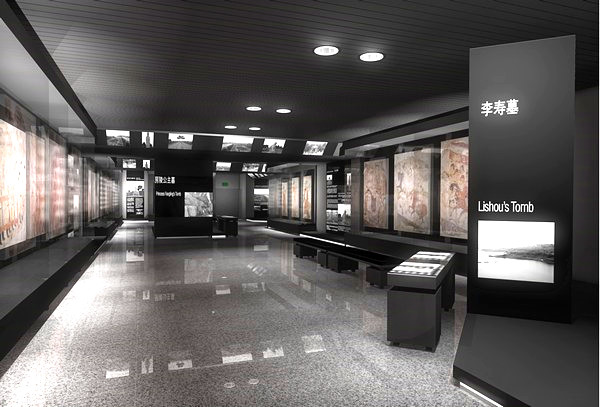 Mural Paintings of the Tang Dynasty

The paintings of the Tang Dynasty represented the highest level of artistic skills which linked the preceding art and the following art. However, few paintings have survived due to the passing of time.

Since the 1950s, many paintings of landscapes, buildings, utensils people, animals, and plants have been found in the Tang Tombs, depicting the reality of life during the Tang Dynasty. These paintings provide a panoramic view for understanding the rituals of the imperial court as well as the architectural style of the period. Moreover, the customs of the people and their characteristics of dress and insights to their entertainment activities are also shown.

The exhibits here totals nearly one hundred pieces, they were selected from the museum's  collection which were unearthed from the imperial tombs and the tombs of nobles. Each of them is representative of the splendid social life of the great Tang Dynasty. 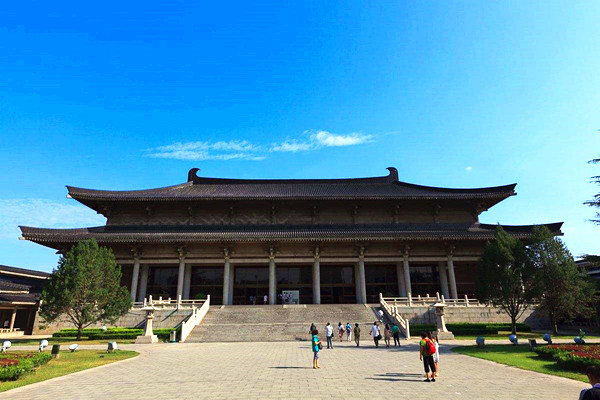 b. Individual visitors (with ID card or effective certificate) are now required to make reservations on the official website or WeChat official account "Shaanxi History Museum Ticketing System" to ensure entry to the museum. Online reservations are available up to seven days in advance, and the tickets are valid only during the reservation period.

c. For group visits, the tour guide should bring his/her ID card and unit introduction letter to the Ticketing Center of Shaanxi History Museum in advance to consult and book tickets.

d. The elderly, disabled people and elementary school students must be accompanied by family members or their guardians to get the tickets from the exclusive window; active duty soldiers have a priority to get the tickets.

e. Those with untidy clothes and bad manners and those carrying dangerous goods are not allowed to enter into the Museum.