As one of the most attracted place in Luoyang, where you can enjoy the historic treasures and visit the stele of Zhao Manful. 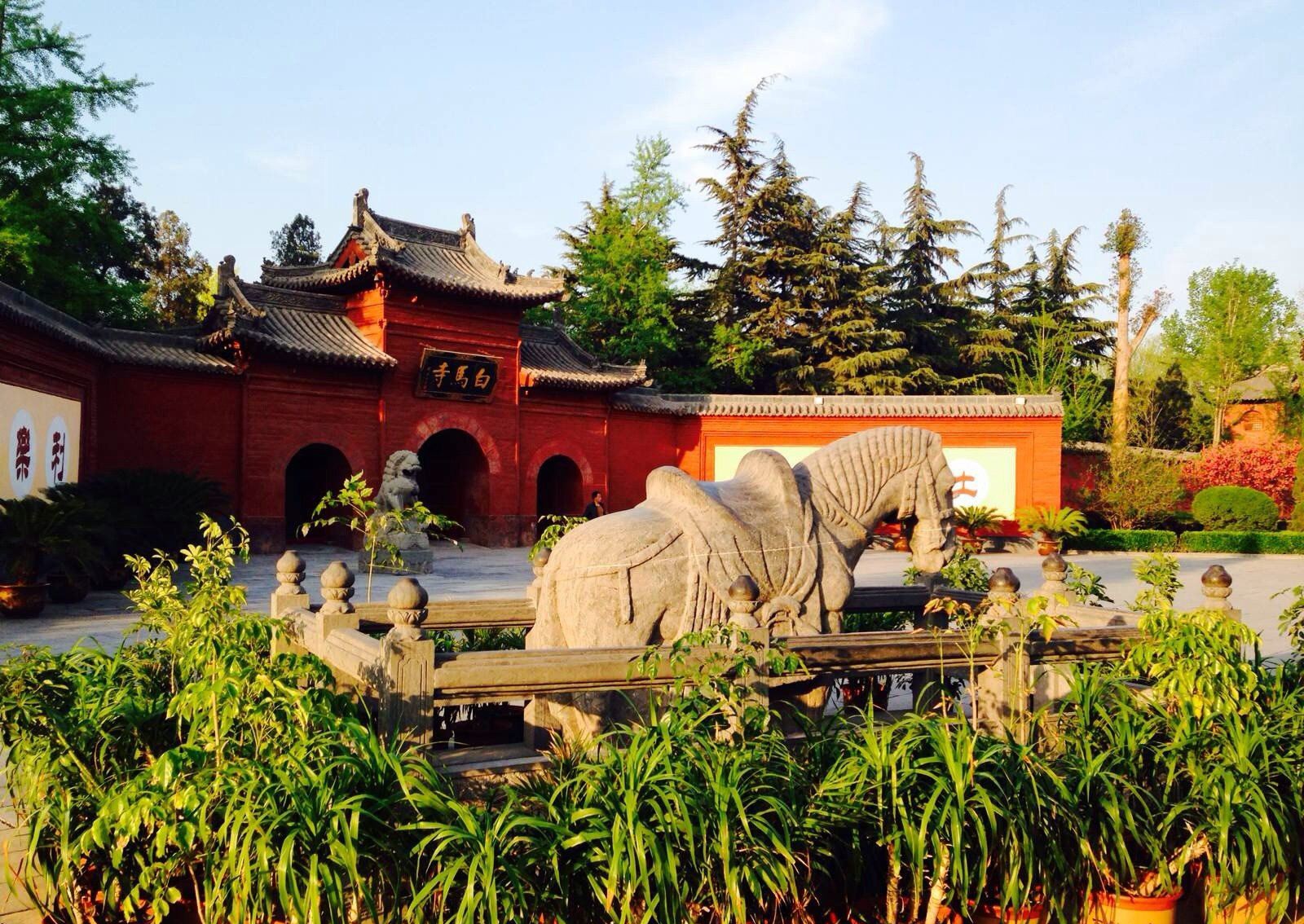 White Horse Temple is Buddhist temple in Luoyang China according to the Chinese tradition. This is the first Buddhist temple in China and it was established in 68 AD under the patronage of Emperor Ming in the Eastern Han dynasty, just outside the walls of the ancient Eastern Han capital, some 12–13 kilometers (7.5–8.1 mile) east of Luoyang in Henan Province. It is approximately 40 minutes by bus No. 56 from Luoyang railway station. The temple, although small in comparison to many others in China, is considered by most believers as "the cradle of Chinese Buddhism". The geographical landmarks to the south are Mangham Mountain and Lucoche River.

What to visit in White Horse Temple: 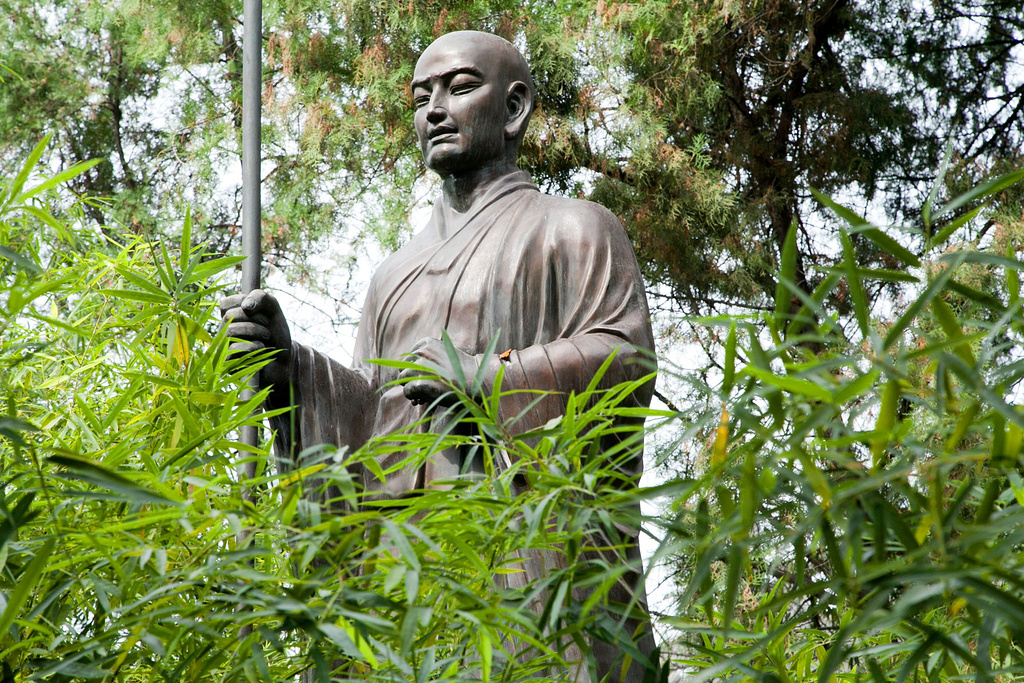 White Horse Temple has great an epic history in Chinese historical books, It's a rectangular courtyard. The front gate, Hall of Heavenly Kings, Hall of the Great Buddha, Hall of Mahavira, Hall of Guidance, the Cool and Clear Terrace, and Pilu Pavilion sit on the south-north central axis. The halls are named in the inscriptions on the plaques. If you continue to visit, you will see the "Treasure of the Town Temple" and the only "statue of dry lacquer in storage" of the Yuan Dynasty inside of the Daxiong Hall.

The statues of "Ramie Dry Paint" in the palace are all made of silk and linen, each statue's weighs is between 3 to 5 kilograms. Which is surprised me that the statues have not been repaired since the Yuan Dynasty for more than 700 years, but it still has bright color.

More than 40 steals have been preserved in Baima Temple since Tang Dynasty, Meanwhile, The Zuting Ji of Baima Temple in Luojing, written by Zhao Mengfu, a calligrapher of Yuan Dynasty, is one of the most valuable masterpieces of the scenic spot (on the east side of the mountain gate). Furthermore, there are three graveyards which are quite worth to visit.  The tombs of two Indian eminent monks, Kasyapa Matanga and Dharmaratna (on both sides of the mountain gate) and the graveyard of Di Renjie (A prime minister of Tang Dynasty). But there is also a saying that Xue Huaiyi was buried in the tomb of Di Renjie because he was once the abbot of White Horse Temple. 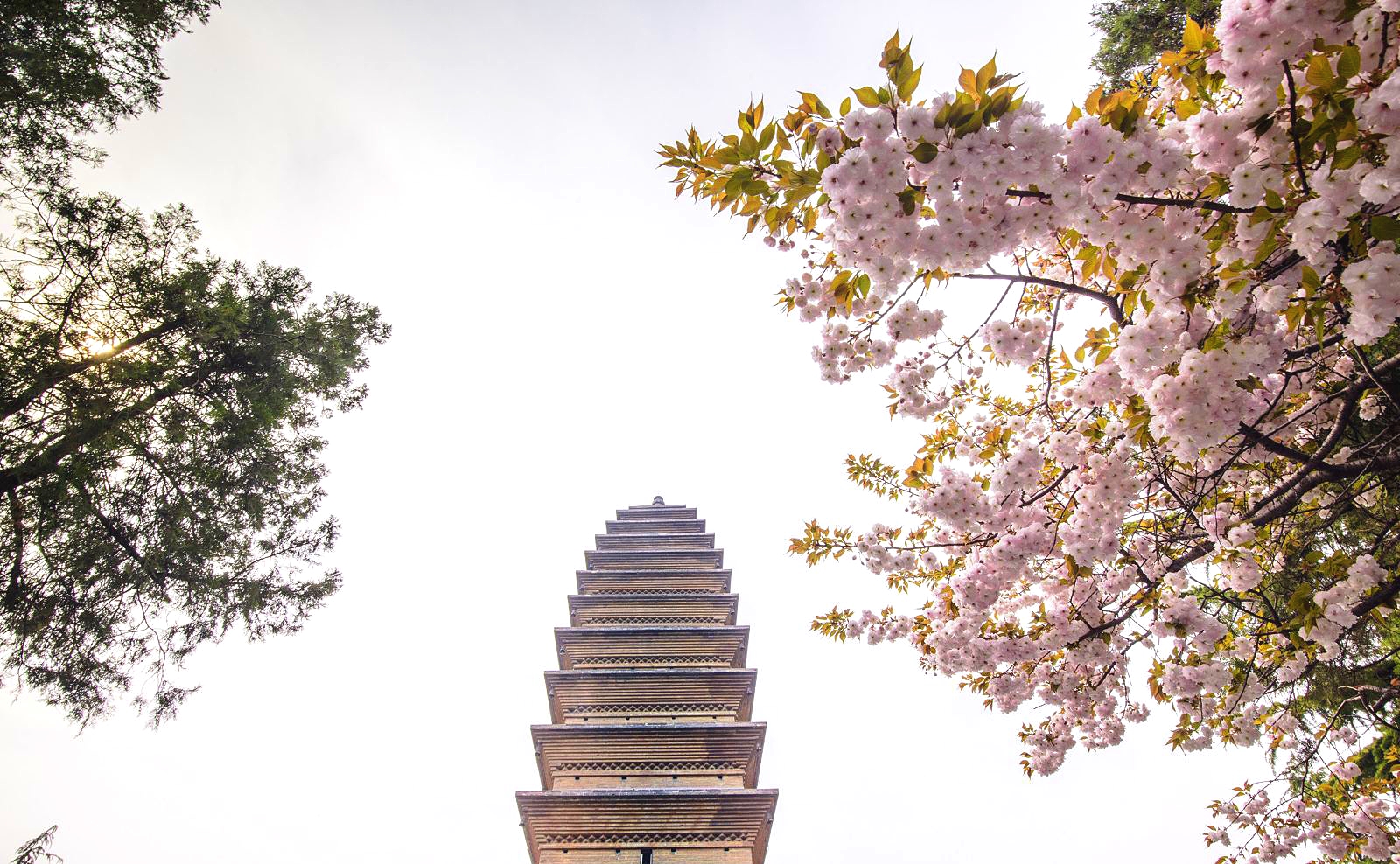 The Qiyun pagoda is situated in the southeast of Mountain Gate, the pagoda was founded in the Eastern Han Dynasty and it was rebuilt in the Jin Dynasty. It is the first Buddhist Pagoda in China and one of the few ancient buildings of the Jin Dynasty in the Central Plains. The "World Buddhist Temple Expo Area" has been built near the Baima Temple, which exhibits the Buddhist temples of India, Thailand, Sri Lanka, Nepal, Myanmar, Japan, Korea and other countries.

April to June is the best time for visiting. White Horse Temple has many gardens around it. During this period, all the flowers blooming brightly. When you go there, you can smell the fresh fragrance of the flowers. It is also a good time to see the Luoyang Peony Festival. September to November is also a good time. The weather in Luoyang is cool and mild. It is comfortable for travelling. White Horse Temple appears magnificent against the clear sky.