The price is based on 2persons 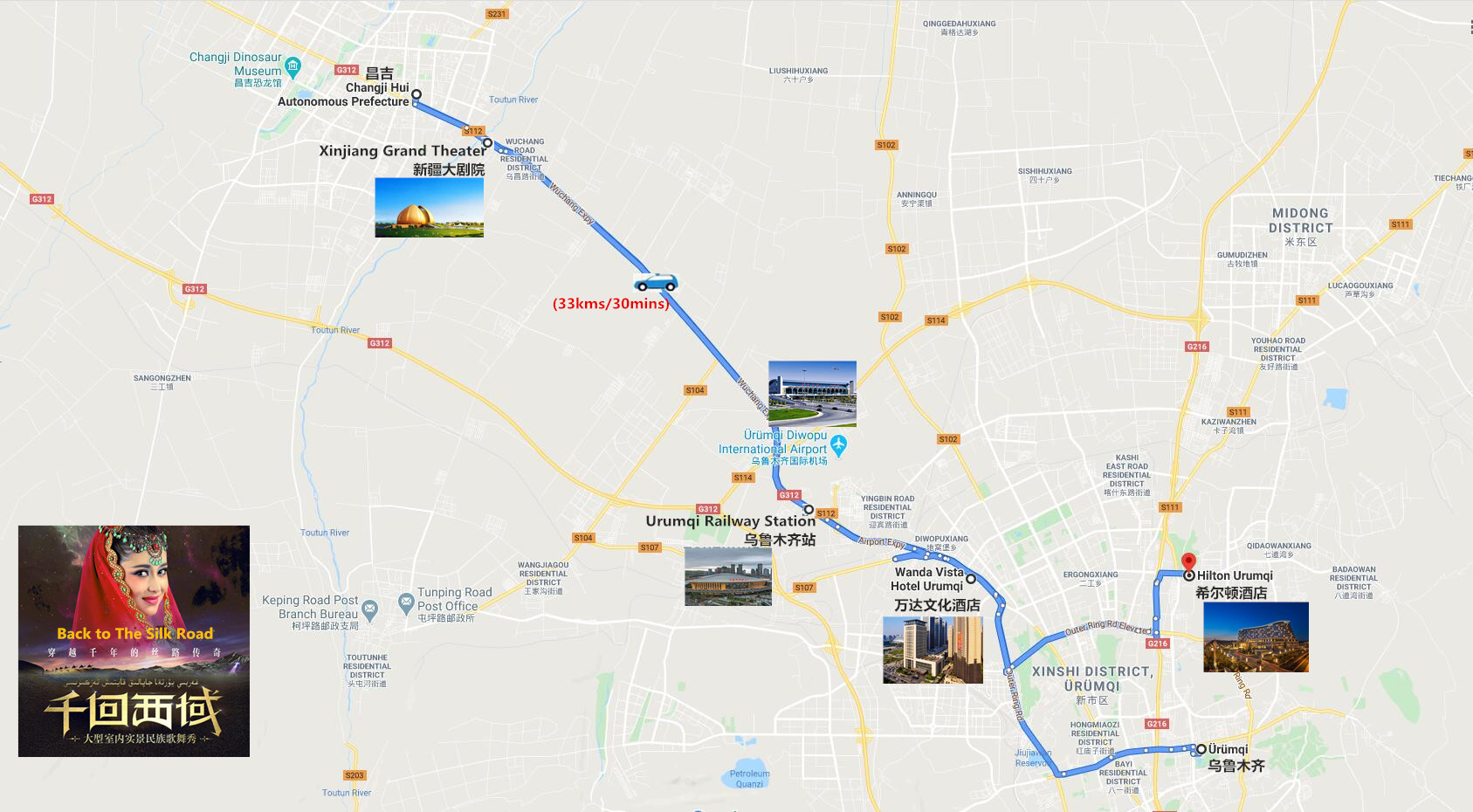 Welcome to Changji, a city and the capital of the same name district in the province of Xinjiang Uighur Autonomous Region. It is situated in the northern foothills of the Tian Shan, along the southeastern edge of the Junggar Basin, bordering Mongolia in the northeast. The city has been famous since ancient times as a necessary part of the route into Central Asian and European countries along the New North Road which is part of the "Silk Road". Morning our professional tour guide will meet you at your located hotel lobby. Your private day tour to Xinjiang Grand Theatre to enjoy one of world’s largest folk dance productions---Back To The Silk Road

The Xinjiang Arts Theatre was founded in 1949, and is home to over 800 members of staff. While four of the troupes are based in Urumqi, three are scattered around the autonomous region. Artists perform a range of talents, from instruments to dance to musicals. Their hard work is shown off during tours around the country and the world.

Visit Back To The Silk Road

About Three hundred people. 2000 costumes. 3600 square meter LED screen. The performers are from a wide range of Chinese ethnic groups, from Han to Uygur to Kazakh to Tajik. The show includes folk dancing as well as acrobatics, ballet, ice-skating, high technology and even horse show. The performance is an extravagant exhibition of the rich culture and a perfect blend of modernity and traditions, in northwest China's Xinjiang Uygur Autonomous Region.

Although the Uyghurs, Kazaks, and other ethnic minority groups in the region are known for their artistic prowess, their skills and techniques did not come without hard work. There is a Chinese saying: “台上一分钟台下十年功” which translates as “one minute onstage is from ten years of practice off stage.” Most of these performers have been with the dance troupe from a very young age.

The artists use their bodies to tell stories about the merchants on camels who travel through the desert and mountains. When stopped by a sudden avalanche the merchants are welcomed into the homes of the Tajik minorities. The show exhibits the multicultural facets of China's western region. Taking the audience on a mystical journey through the ice-capped mountains, deserts, prairies and grasslands.

Travel Tips, in an effort to enjoy the very best experience of the show, please bring some snacks for simple lunch. You can have late lunch after the performance.