As one of the major cities along the Silk Road, Tianshui is the birthplace of Fuxi, who was the ancestor of mankind and who was believed to have a head and dragon body. Located at Xiguan Pass of Tianshui city, Fuxi Temple has a history of more than seven hundred years. 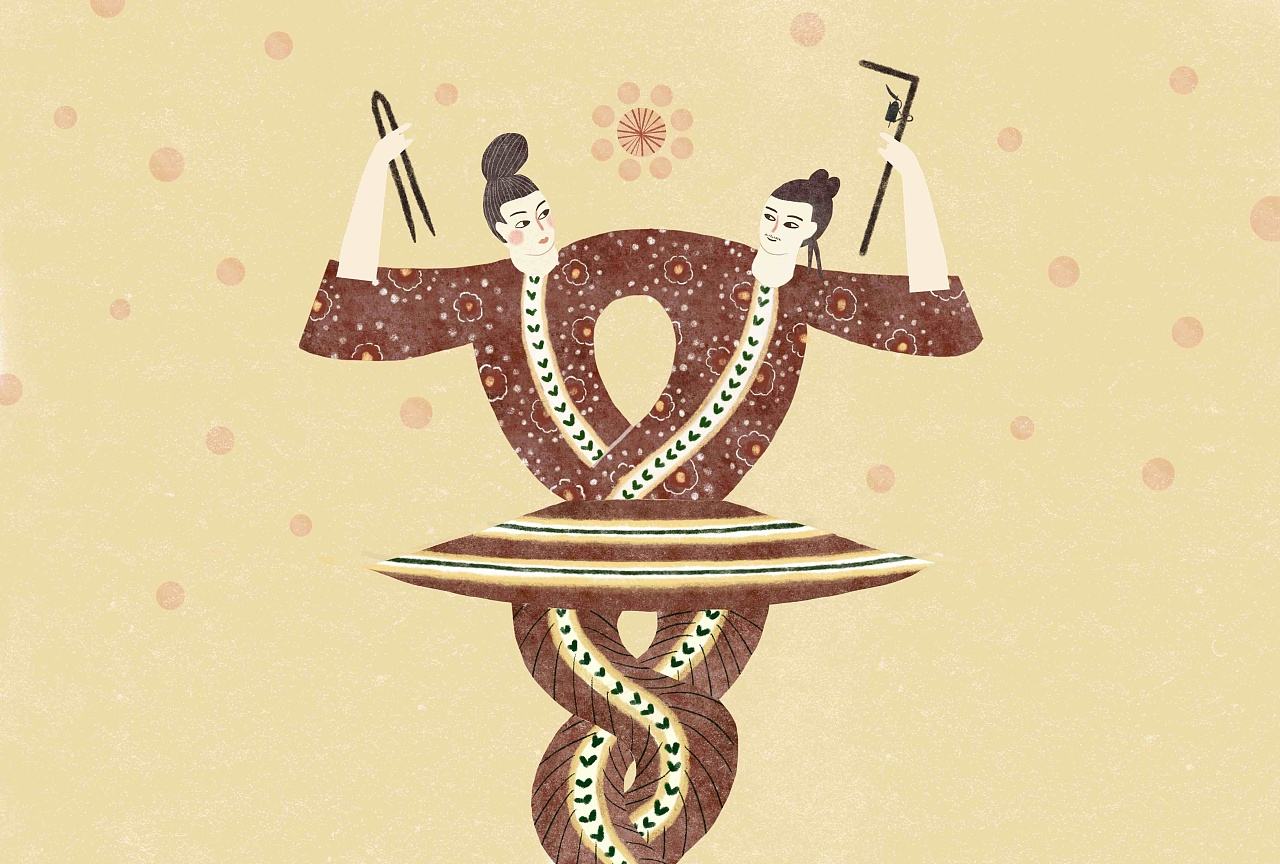 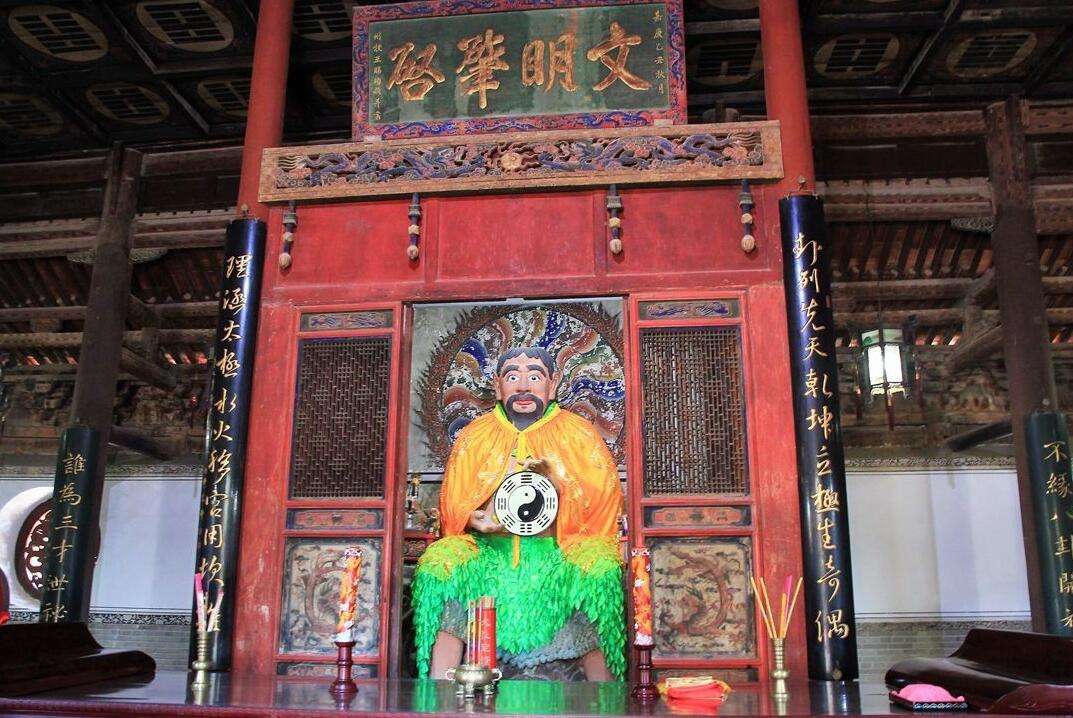 Fuxi Temple is also named Taihao Palace, and it is also known as Renzhong Temple. After the ninth renovation and expansion in Emperor Guangxu's reign during the Qing Dynasty, it covered an area of 13,000 square meters. The remaining temple only covers about 6600 square metres. 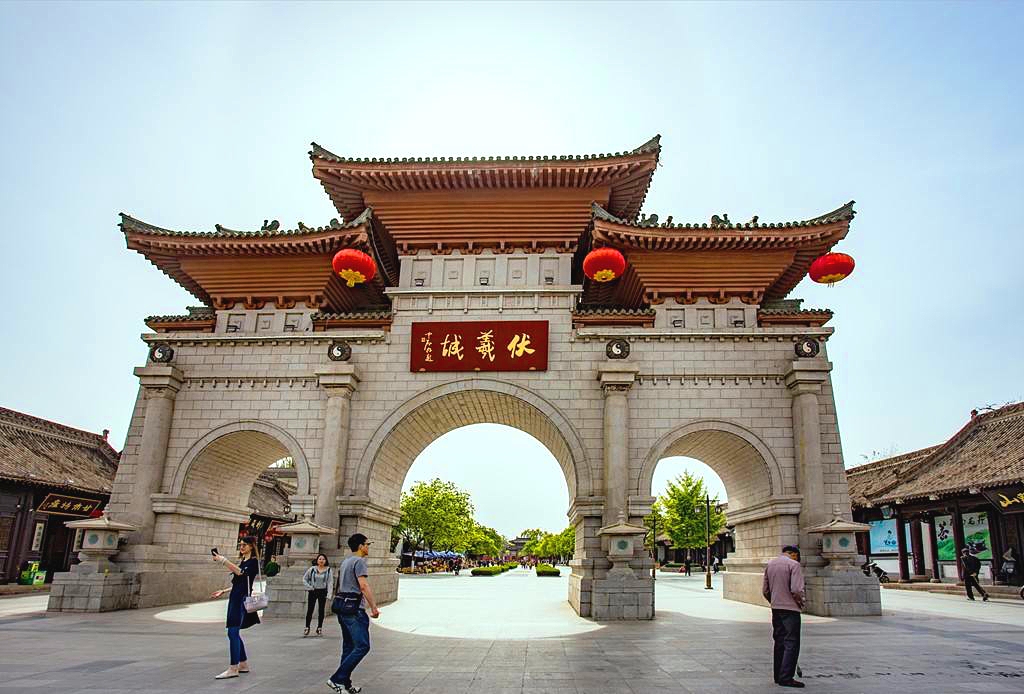 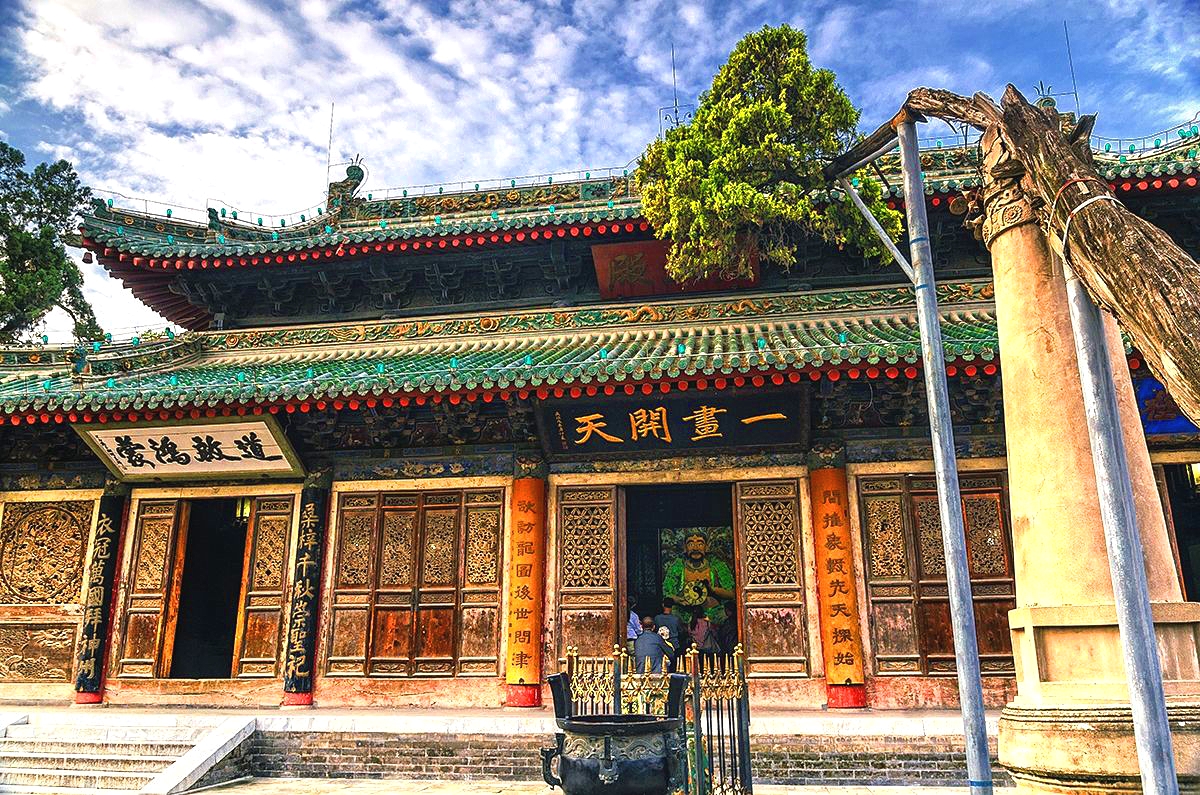 The whole complex faces south. Such grand and majestic buildings as the Memorial Gateway, the main gate, the instrument gate, Congenital Temple, and Taiji Temple are arranged along the axis line advancing layer upon layer, and the Waiting Rooms and the Tablet Gallery are distributed symmetrically and regularly along the horizontal line. This arrangement is the distinctive style of traditional Chinese architecture. Since Fuxi is the first emperor in ancient legends, the complex is like a palace. It is the country's largest architectural complex worshipping Fuxi.

Congenital Temple is the main hall and is located in the very middle part of the back of the middle yard. It is the main building of Fuxi Temple, and it was built grandly on a 1.7-metre high brick platform. In the magnificent hall stands a huge Fuxi painted sculpture. On the ceiling is painted the Taiji Eight Diagram, and its four edges are divided into 64 cells. Behind the Congenital Temple is the Tanji Temple that is also known as the Back Temple, the Sleeping Temple or the Chamber. It was built slightly smaller than the Congenital Hall according to the custom: "sleeping hall after the palace." Originally, the Tanji Temple was built for the oblation of Fuxi, later for the Patron of Agriculture.

64 cypresses, symbolizing 64 diagrams, were planted in every yard of the Fuxi Temple in the Ming Dynasty. There are only 37 remaining cypresses. They are stately and lush, and their dense branches and leaves block the sun. Inside the gate, the Fuxi Temple has two old locust trees. The one on the east side is still alive though the trunk is hollow. It was planted during the Tang Dynasty according to an appraisal.

What is interesting about the image is that it doesn't look Chinese, but like a Western man with a beard. It was said that he repopulated the world after a major flood after consulting heaven about marrying a woman. On Fuxi's birthday, on the 16th day of the first month of the lunar calendar, worshippers come to light candles and incense and listen to the banging of a big drum. With unusual piety, the whole temple is filled with solemn silence. 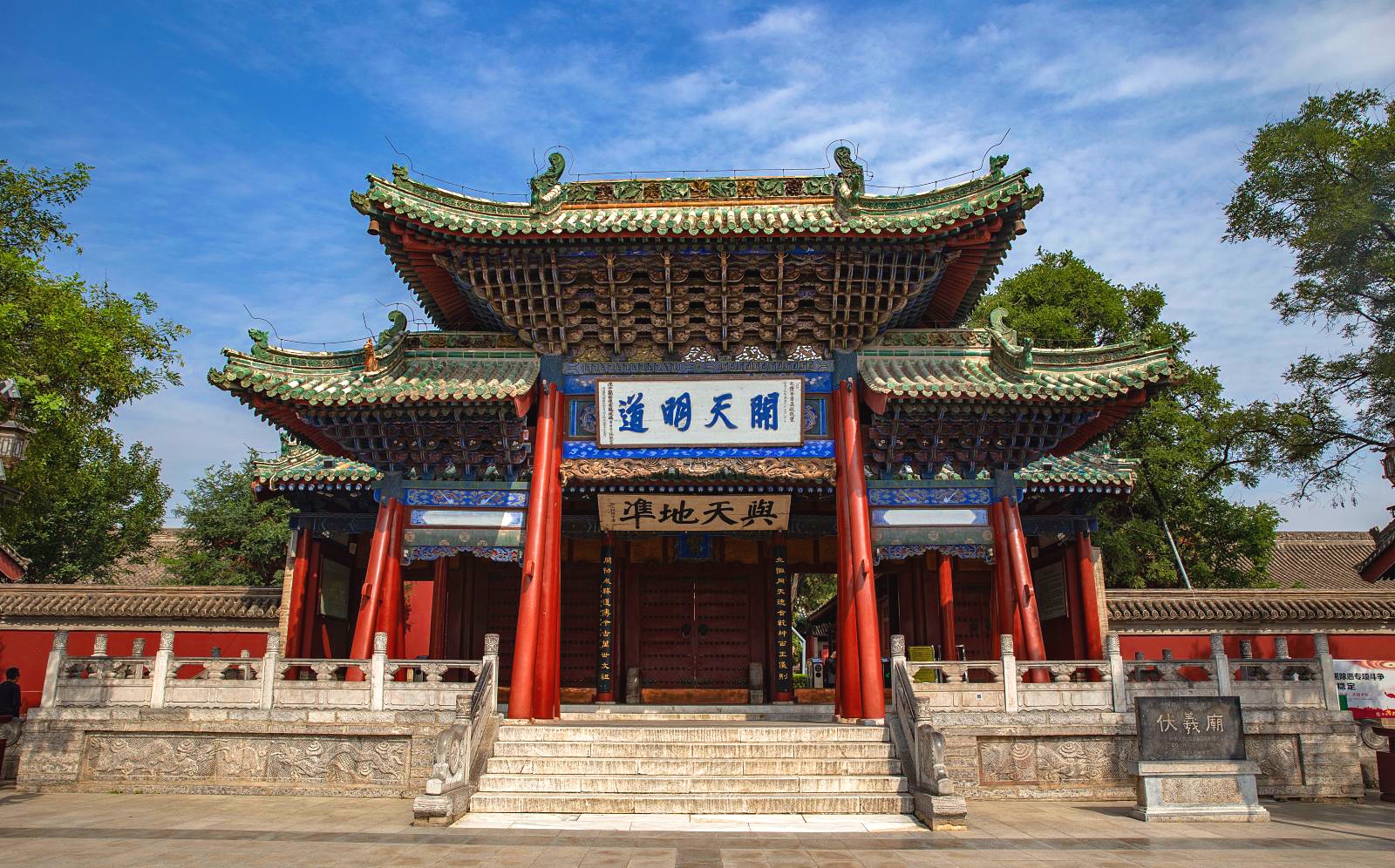 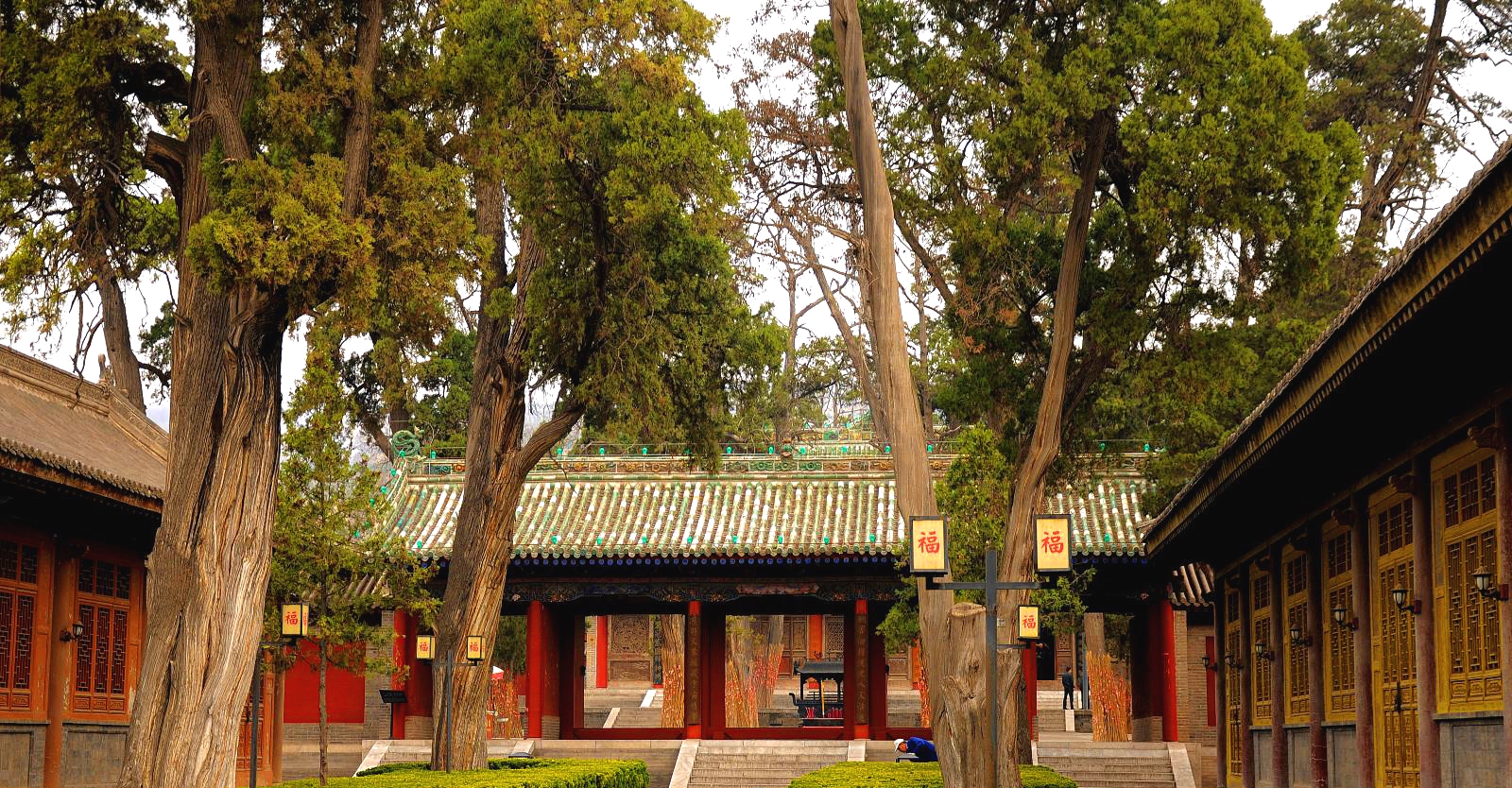 Every July to October is the best time to travel to Tianshui, among them, the traditional temple fair is mainly about the 16th day of the first lunar month and the activities of Fuxi festival in the 19th autumn of the seventh lunar month. 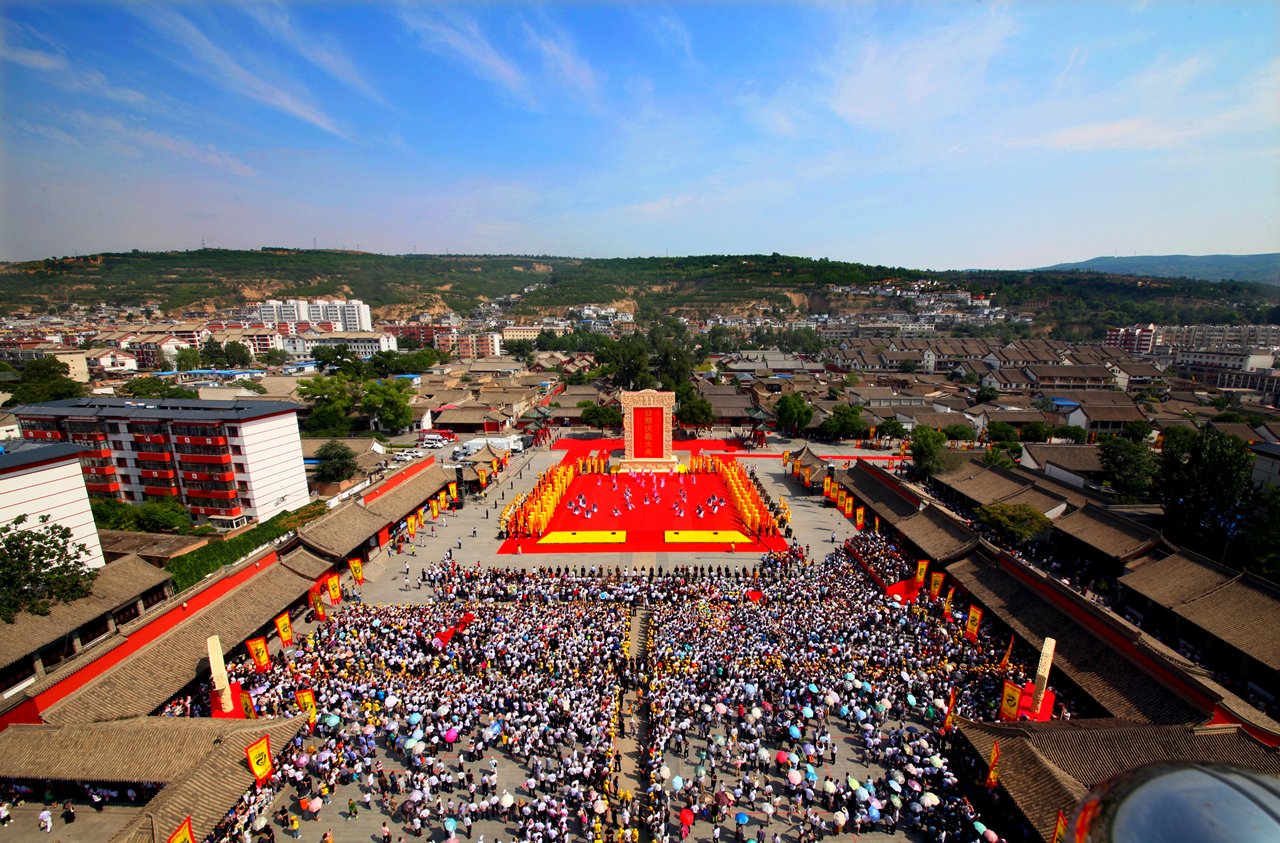 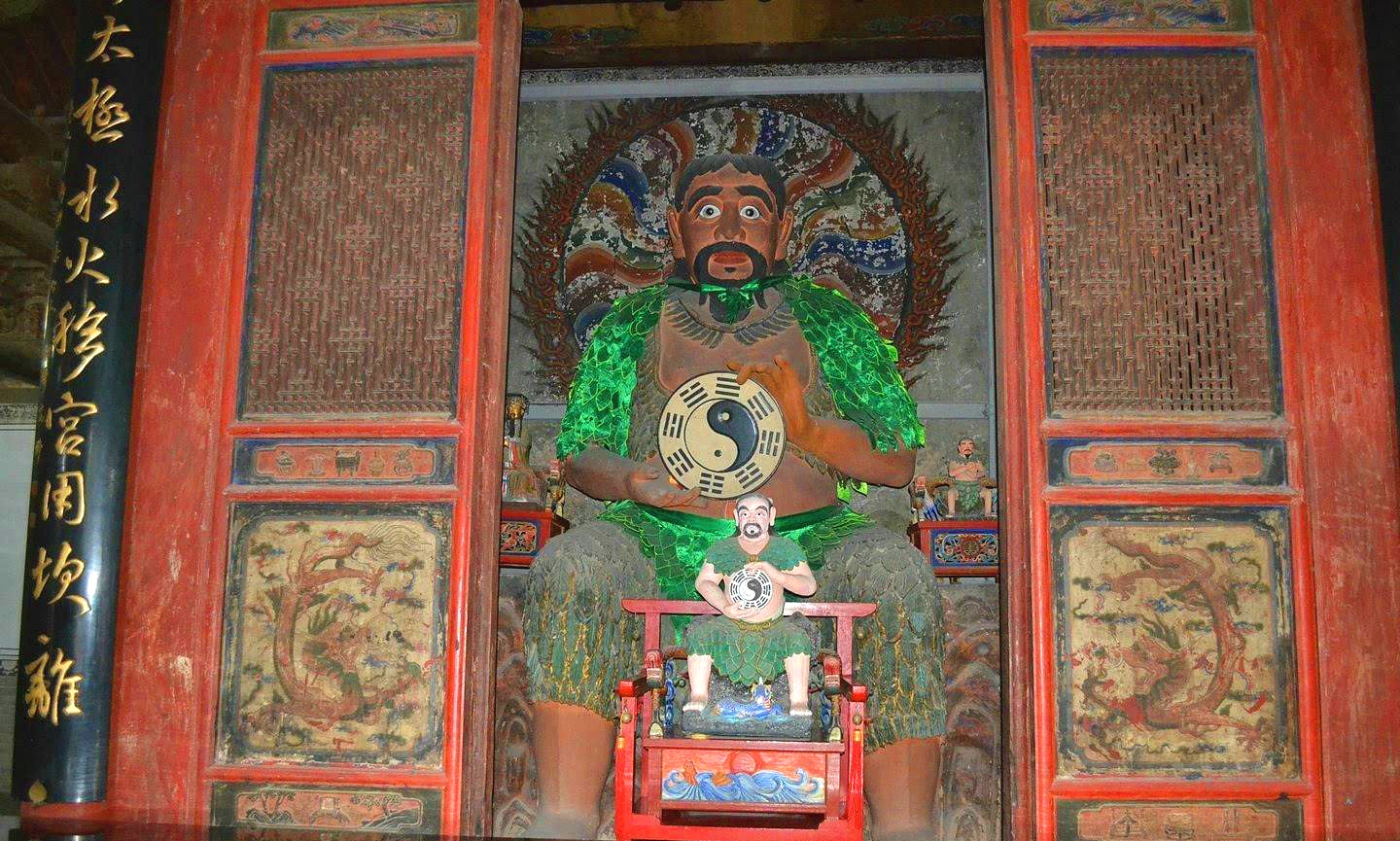