Lahore is one of the world's greatest ancient cities. For at least 2,000 years this northeastern city in Pakistan has been a center of learning for scholars, poets, and mystics. To better understand the long history of this city, it's a good idea to start your tour of Lahore in the city's cherished museum.

Try to set aside a couple of hours to make the most of a visit to the superb Lahore Museum, which has exhibits spanning the recorded history of the subcontinent. Part of the collection was removed to India after Partition but this is still the biggest and perhaps most impressive museum in Pakistan.

The museum has almost 20 galleries with items dating from the Stone Age to the 20th century. It's particularly famou 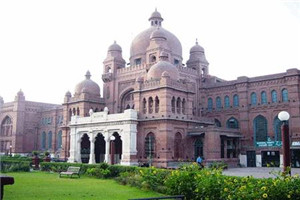 s for its display of Gandharan sculpture (especially the haunting Fasting Buddha), manuscripts, Qurans, its sensational array of miniature paintings, carpets, various pieces of art from the Islamic period, articles from Moenjodaro, Harappa and other Indus Valley civilisation sites and its magnificent collection of coins from the Achaemenian period onwards.

Kim's Bookshop, in the museum compound, stocks an interesting collection of novels and general-interest books.

The oldest objects in this museum go back 500,000 years. Visitors can marvel over stone artifacts like tools and religious objects in the Pre & Proto-Historic area. A few important items discovered and donated to the museum by British archeologists include measuring weights, pottery, and even terracotta jewellery. These pre-historic items remind visitors just how far back Lahore's history stretches back.

People interested in coinage will find a wide variety of coins on display in Lahore Museum. Believe it or not, the Lahore Museum now has 40,000 coins from all over Southern Asia, some of which date back to the 6th century. Check out how civilizations like the Mauryan, Indo-Parthian, Hun, Arabs, Sikhs, and Mughals did business all those years ago!

A few other popular exhibits in this museum include an ancient and modern weaponry area, a postage stamp collection, a hall with Islamic art and calligraphy, and a gallery with miniature paintings.

But Lahore Museum isn't just about ancient relics. There are many sections of the museum dedicated to telling the stor 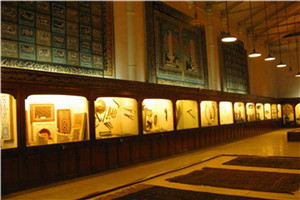 There's also a gallery in the Lahore Museum dedicated to telling the story of the Pakistan Movement. This area of the museum focuses on the historical period between 1757 and 1947. You'll learn everything you need to know about the glories and trials of modern Pakistan through the many historical photographs here.

In addition to the main museum complex, the Lahore Museum has a cafeteria, a bookshop, and an auditorium. Specialists can gain access to the museum's world-renowned library, which has thousands of rare manuscripts. The museum does host a few events throughout the year, so be sure to check out what's going on here during your visit. Foreigners will be charged 400 Pakistani Rupees to enter Lahore Museum.