● Walking in the capital city Ashgabat, where you can see the biggest number of structures in the world made out of the white marble.

● Visit the Nissa fortress - the Sanctuary of Parthian Kings, a world heritage declared by UNESCO in 2007

● Discover a small desert village when crossing the Karakum desert

● Travel to Kunya Urgench to find the ancient ruins, Mausoleums and minarets 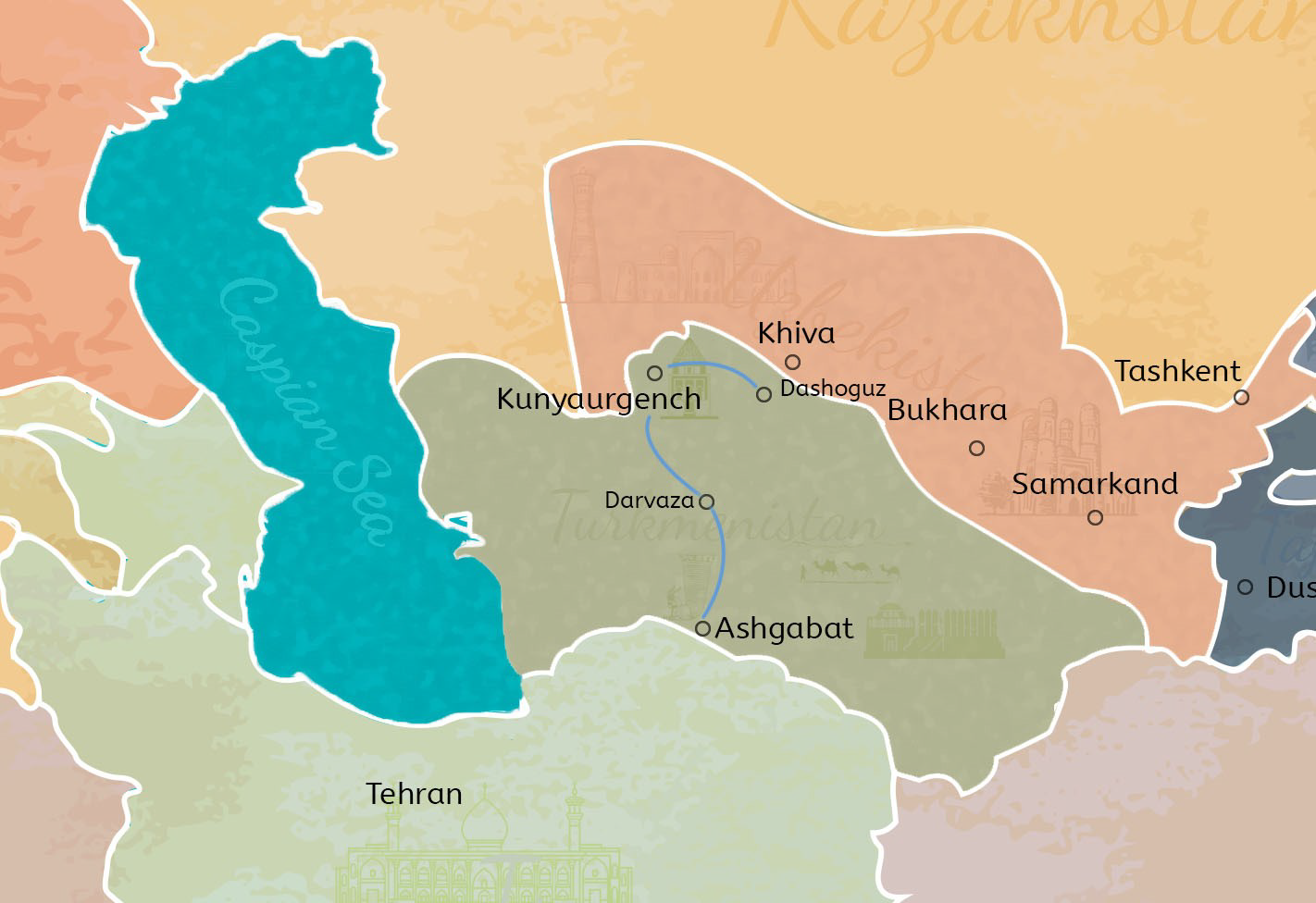 Arrival in Ashgabat International airport. You will be met by our representatives and transfer to hotel. Free time.

Nissa Fortress -the Sanctuary of Parthian Kings. UNESCO declared the fortress a World Heritage Site in 2007. Nissa described as one of the first capitals of the Parthians. It was founded by Arsaces I (reigned c. 250 BC – 211BC), and reputedly the royal necropolis of the Parthi-an Kings, although it has neither been established that the fortress at Nissa was a royal residence or a mausoleum.

Afternoon you will have Ashgabat city tour. In 2013 the Guinness Book of Records named Ashgabat “white marbled city” – here you can see the biggest number of structures in the world made out of the white marble. You will see Presidential Palace, Ruhyyet Palace, Wedding Palace, modern “Yildyz” Hotel, Ferries Wheel, Constitution Monument, Arch of Neutrality, Monument and park of Independence, Ertogrul Gazy Mosque, Ashgabat Sports and Housing facilities, the Earthquake and victims of WWII Mon-uments.

Afternoon drive to Darwaza burning Gas Crater (3.5 h) dubbed by locals as "The Door to Hell". The Darwaza area is rich in natural gas. While drilling in 1971, former Soviet geologists tapped into a cavern filled with natural gas. The ground beneath the drilling rig collapsed, leaving a large hole with a diameter of 70 meters. To avoid poisonous gas discharge, they decided to burn it off. The geologists had hoped the fire would be putout in a few days, but the gas is still burning today. En-route we cross Karakum desert, and will make a stop in small desert village Erbent. In the evening to watch the spectacular and fascinating view of the gas crater. BBQ dinner at Gas Crater. Overnight in camp.

After the sightseeing, drive to Turkmen-Uzbek border "Shavat".