As one of the famous travel destinations along the silk road, located in the south of Wuwei city, Tiantishan (heavenly ladder mountain) Grotto, also known as Temple of Giant Buddha(Da Fo Si), was built by the Later Liang administration when sixteen regimes ruled in succession concurrent to the Eastern Jin Dynasty (401-439). After many generations of digging and building, the grotto caves became so impressively huge with majestic structures. Hence, some scholars named it "originator of Chinese grottoes" The total area of murals inside the caves amounts to several hundred square metres. The extant caves are in three tiers with over one hundred Buddha statues. The seated statue of Tathagata Buddha in the main structure "Giant Buddha Cave" is so meticulously carved with vivid facial expressions. 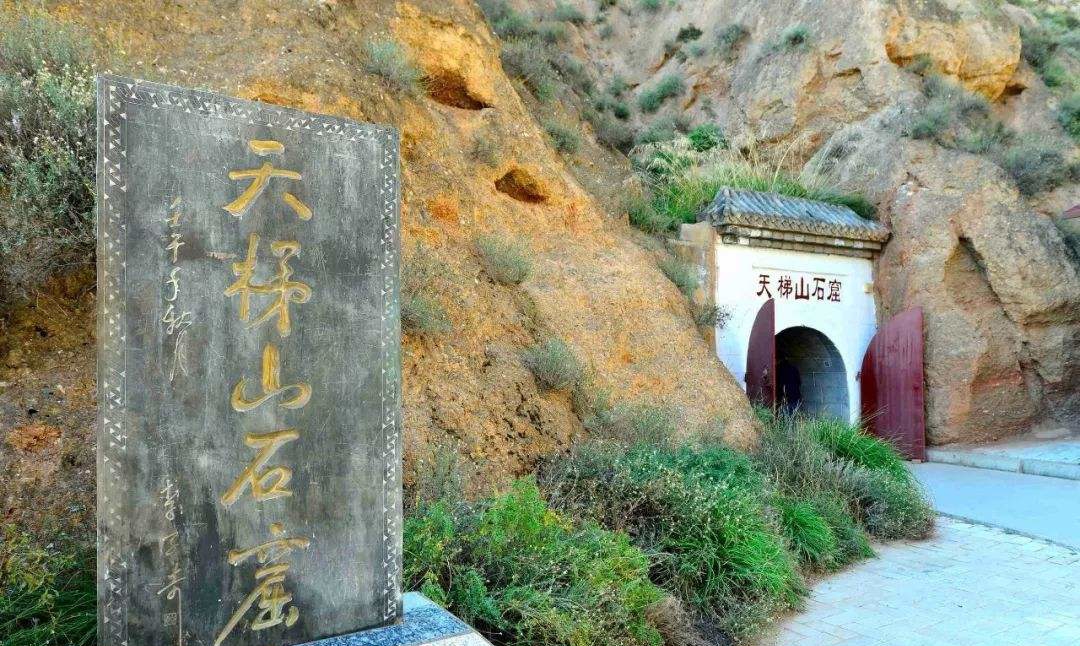 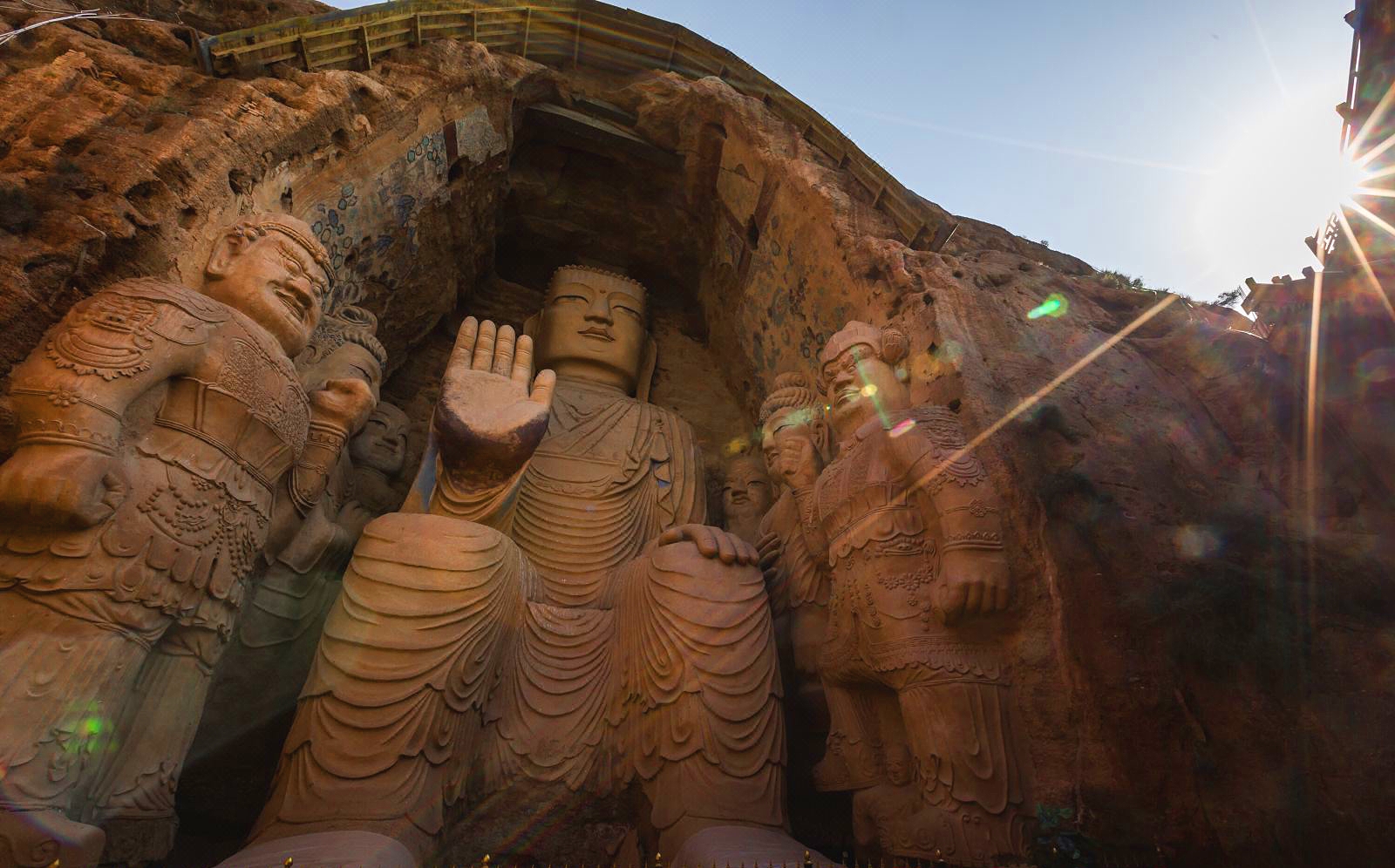 What to visit in Tiantishan Scenic Area?

Based on the style, content, and inscriptions on the wall paintings and landforms, archaeologists believe that the Tiantishan grottoes may be the Liangzhou grottoes mentioned in historical documents, such as the Fa Yuan Zhu Lin. According to historical records, the Liangzhou grottoes were ranked with the Yungang and Longmen grottoes as the three major cave temple sites to have exerted a profound influence on the development of Chinese painting and sculpture.

At present, there are only three layers of Tiantishan Grottoes and 17 large and small grottoes, the largest cave is 30 metres high, 19 metres wide and 6 metres deep. When you enter the scenic area, you can see a statue of Sakyamuni in the cave, which is 15 metres high and 10 meters wide. Meanwhile, there are six statues of Manjusri, Puxian Bodhisattva on both sides of the Buddha, Guangmu, Duowen Tianwang, Jiaye, and Ananda, they have vivid shapes, dignity and different images. 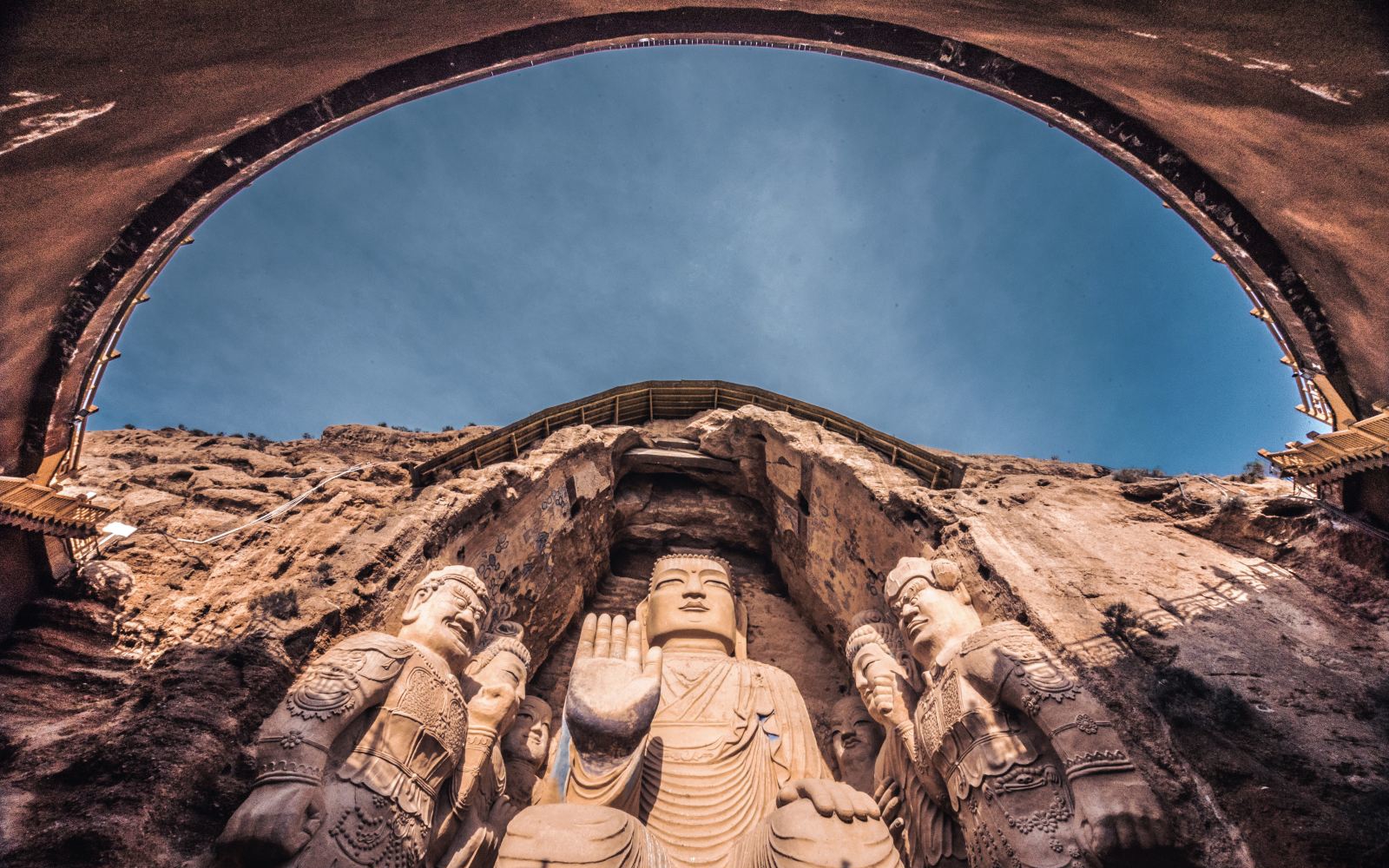 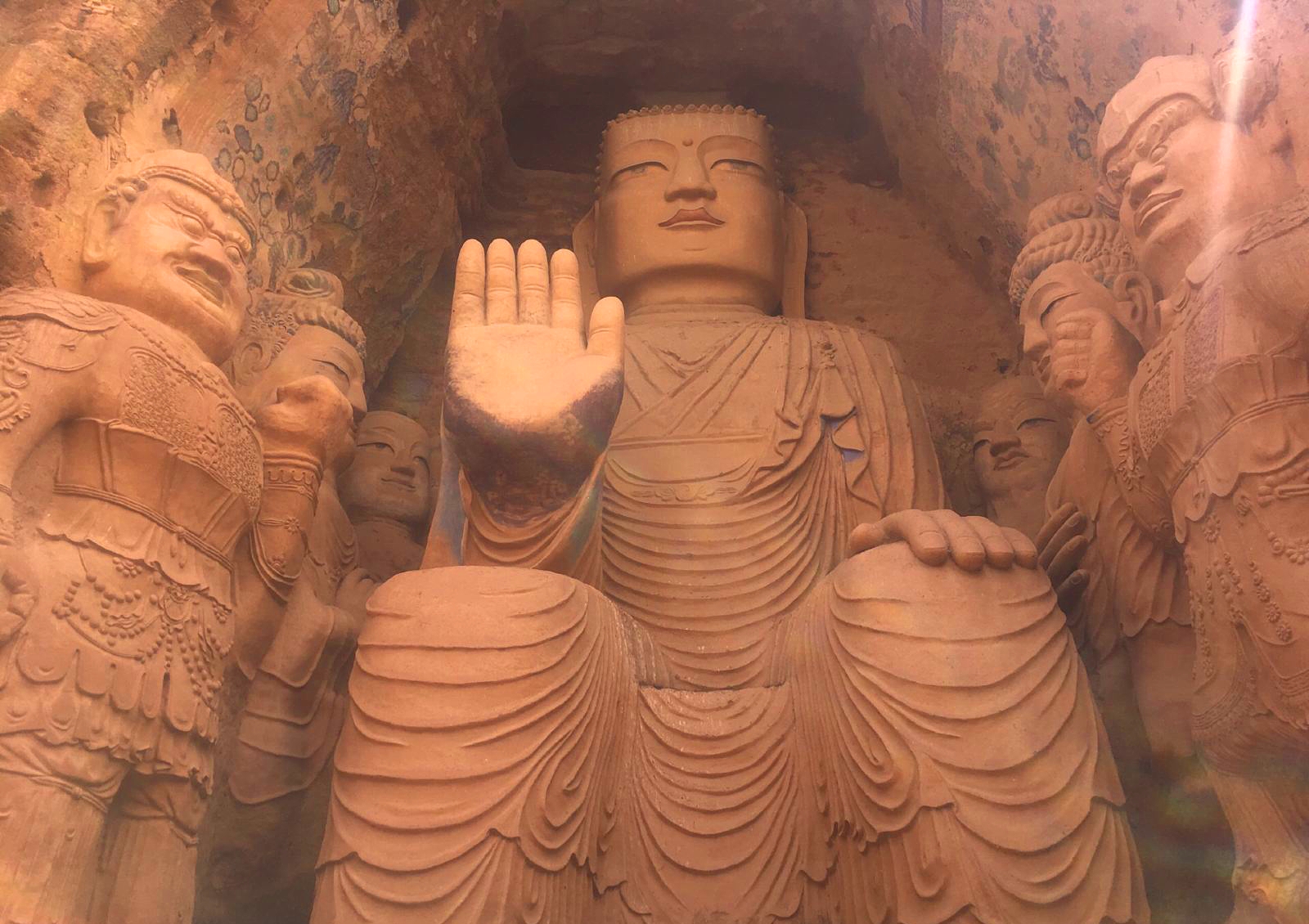 The murals of Tiantishan Grottoes:

When you visiting the grottoes, you will see some large murals painted on the north and south walls of the caves. The south wall is a moiré blue dragon, the middle is an elephant Sika deer, the elephant's back is covered with shining rolls, and the underpart is tigers, trees and flowers. The upper part of the north wall is painted with green dragons, while the middle part is painted with white horses, ink tigers, and Bodhi trees. With the fresh brushwork, bright in colour, tremendous in momentum and vivid image to name just a few, that will glut your eyes. 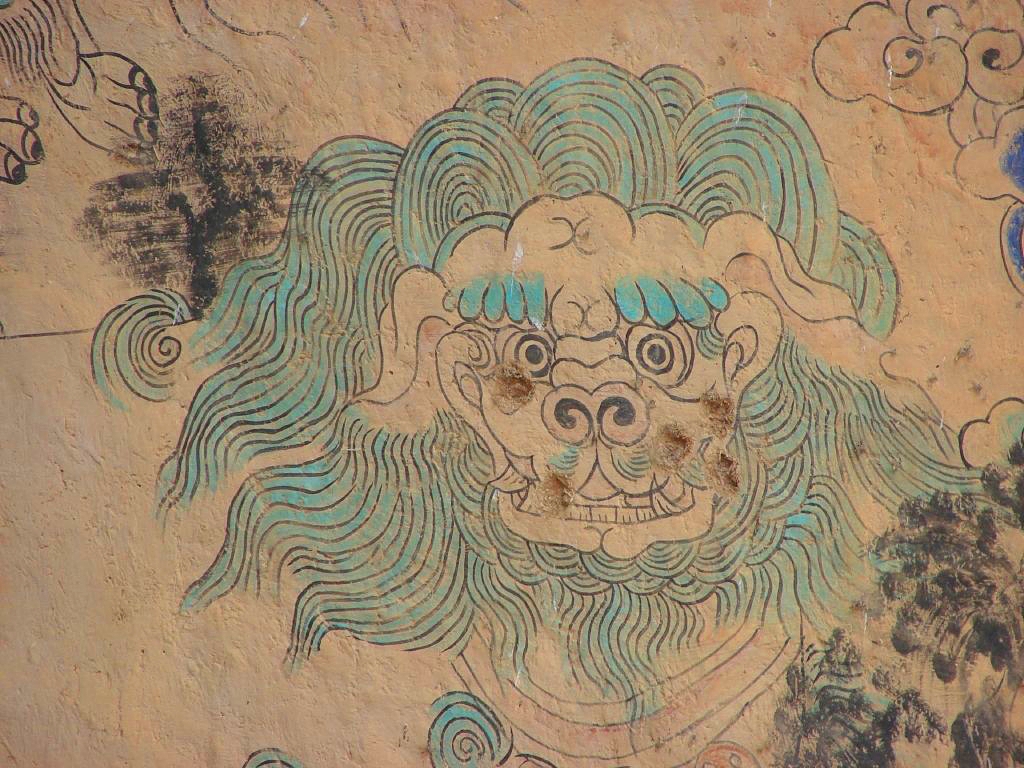 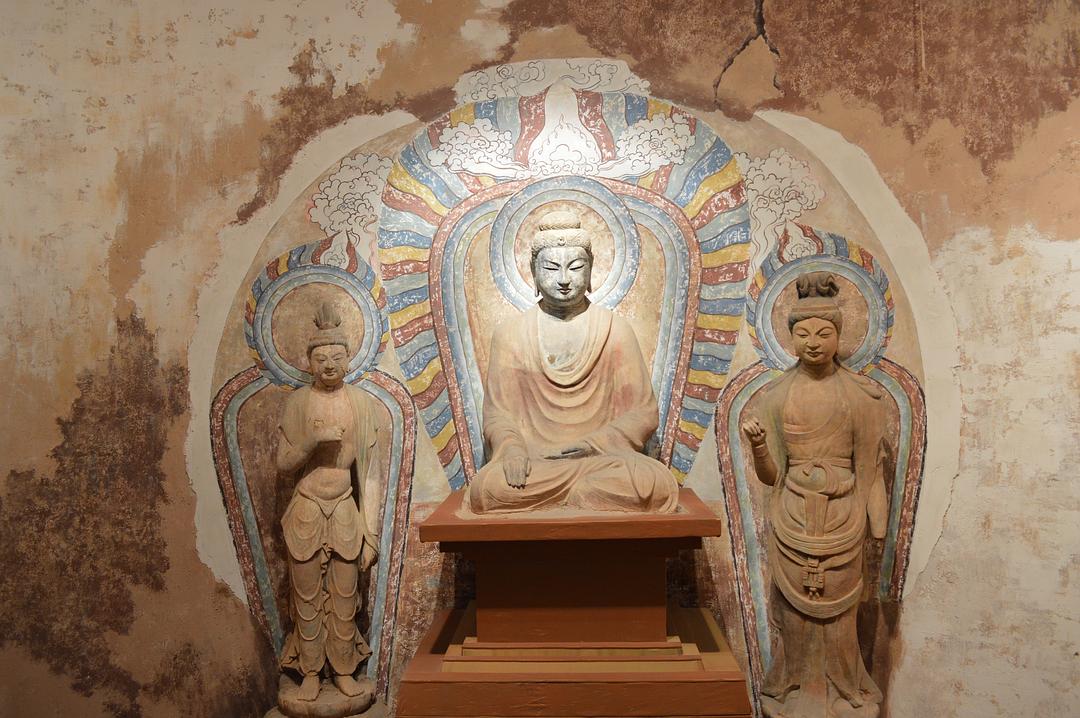 The history of Tiantishan Grottoes:

During the reign of Later Liang of the Sixteen Kingdoms Period, a well-known Buddhist monk from the Western Regions Kumarajiva stayed in here for nearly eighteen years where he preached Buddhism and translated Buddhism scriptures. The Kumarajiva Monastery located in the north of present-day Wuwei was built to commemorate this great man. The Kumarajiva Pagoda inside the monastery is said to be the place where Kumarajiva's tongue was buried.