As one of the famous grottoes in Xinjiang,Kizil Grottoes were excavated on the cliff of Qul-tagh Mountain by the Muzart River, as the earliest caves in Xinjiang, they care also the earliest ones in China. The contents of these paintings are very rich. Including jataka stories, Buddha’s life story and the stories about karma. 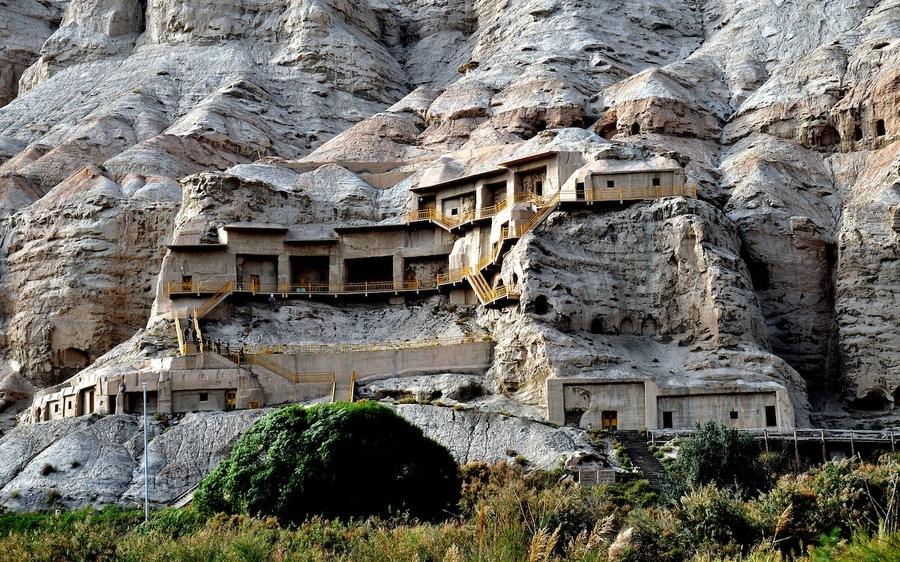 The Introduction of Kizil Grottoes

7 kilometers southeast to Kizil Town of Baicheng County and 60 kilometers east to Kuqa County,Kizil Thousand Buddha Caves are seen on the cliffs of Querdagh Mountain.Two forms of rock caves exist here:monk houses for monks to live in and to sit in mediation.The caves were structured with bedrooms with passages and the rooms had plain furniture;Buddhist Halls which were for Buddhists to lecture and dis cuss,of which some were very high with gates and Buddha figures standing.There are 236 caves,of which the monk houses are 64 and the Buddha Halls were 172.The Two types of caves were arranged in one unit after another,and each unit may be a temple. 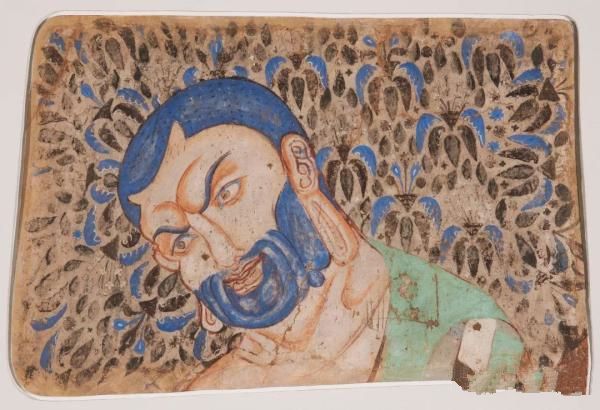 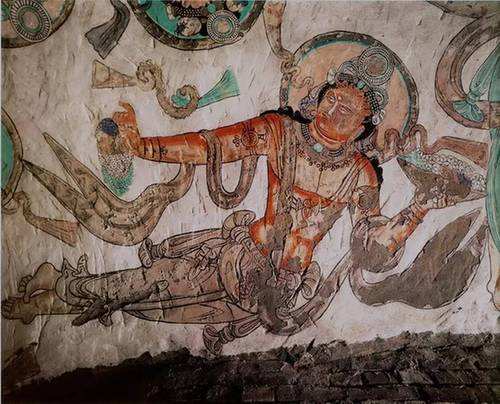 Kizil Grottoes arts were the birth place for Qiuci Grottoes arts,which consists of construction arts,sculpture arts and fresco arts,which have extremely important position in the Buddhist arts of Central Asian and the east.Although many sculptures are damaged,we still can see the very fine techniques of Qiuci grottoes arts.There are wooden sculpture, rock sculpture and relief sculpture and colored sculpture with figures of Buddha,heavenly king,warrior and donators.The area of frescoes here is about 10 thousand square meters.The contents of the frescoes are that of Buddha,stories of the Buddhism,animal,landscape flower and plants.Kizil Grottoes are the earliest and largest Buddhist caves in China and they reflect the conditions of Buddhism in Qiuci times.In 1961,the grottoes were authorized as a major cultural relic site under state protection. 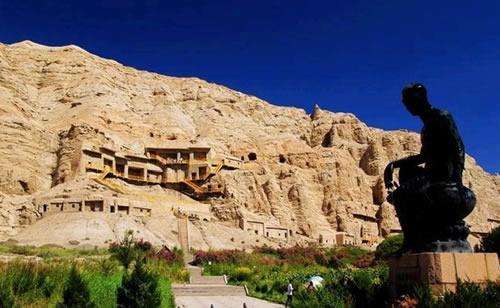