Kumbum Monastery or Ta’er Monastery is located in Xining City Qinghai province. It is one of the most popular tourist attractions in Xining with its magnificent temple and numerous treasures. And as a well-known lamasery in China, Ta'er Monastery is the cradle of Tsongkhapa, the founder of Shamanism under Lamaism as well as the centre of Buddhist in Northwest of China. The monastery has a grand scale once with over 800 halls at its peak as one of the six well-known lamaseries in China(the other lamaseries are Sera Monastery, Drepung Monastery, Tashihunpo Monastery and Gandan Monastery in Tibet and Labrang Monastery In Gansu), which are well-known in both China and Southeast  Asia. 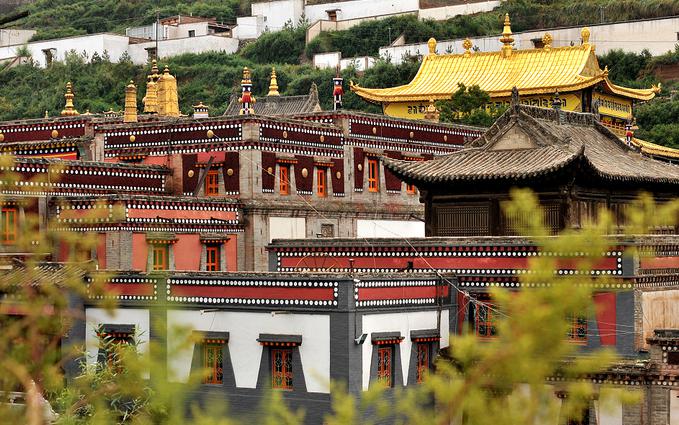 If you don't go into a sutra or hall and just hang around outside, you don't need to buy tickets, but when you get into some open sutras or halls or it is your first time to come, and you have to buy tickets to visit. At present, it has more than a dozen courtyards and halls are open to tourists. 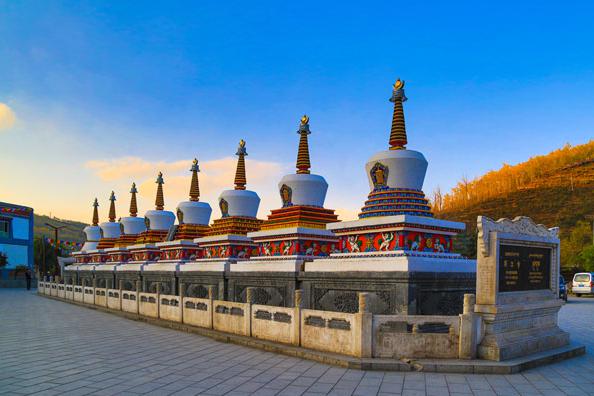 The Great Golden-tiled Hall is the centre of the whole complex, it     is  said that on the site where Zongkaba was born, now stands the   Great Golden-tiled Hall, an umbrella-shaped Bohi tree came out     as a result of red nectar dripping into the soil when his umbilical     cord was cut. Later, the pagoda and the temple was built, hence   the name of Ta'er Monastery. Nowadays, many Believers think that   the tree and the tower are the embodiment of the Master.

Ta'er Lamasery is not only a holy centre of Buddhism but an artistic treasure house of Han and Tibetan cultures. It is well known for its sumptuous architecture, Precious relics and religious artefacts of superb workmanship with strong nationality style.

There are also some precious gifts granted by emperors and famous visitors, and a vast accumulation of ancient Tibetan literature as well. Butter sculptures, murals and embossed embroidery are known as the "Three Artistic Uniques". Additionally, in recent years, woodcarvings, another unique work of art, are viewed as"the Fourth Unique in the lamasery". The pagodas, stupas, red walls, green tiles, golden roofs, green trees the wheel of laws, colourful flags, the emblems of the wheel of dharma and the Golden Deer all make it a monastic centre richly endowed with faith, mystery and awe. 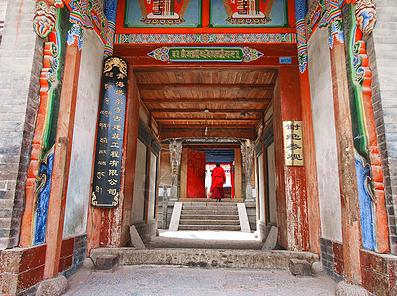 The best time to travel to Ta'er Lamasery is from June to September, at this time the four religious activities are held in Chinese lunar calendar of 8th to 18th January, 8th to 15th April, 3rd to 9th June and 20th to 23rd September respectively. On these occasions, tourists both from home and abroad swarm here to enjoy such various and colourful religious activities as ‘the Grand Buddha Basking in the Sun’, ‘Lama Dance’, ‘Praying for Buddha’, and so forth.

1. In Ta'er Monastery, the Turret and the Prayer Wheel are clockwise.

2. As a kind of respect for the local customs, visitors are not allowed to take photos in Ta'er  Lamasery .

3. The altitude of Ta'er Monastery is about 2700 metres, although it is not too high, some tourists may have a slight altitude reaction, so they should have a mental preparation.

4. There are many hotels in Rushal Town where Tar Temple is located, but most tourists will return to Xining after visiting Ta'er Temple. Although there are many restaurants in the small town, but the food condition is not as good as Xining, so the travelers are suggested to bring some drinks and snacks.