Dacaidan, called Ikqaidam in Mongolian, meaning great Salt Lake, is located in the northwest of Qinghai Province, the northern edge of Qaidam Basin. Qingxin Highway (315 national Road), Liuge Highway (215 national road) and Qinghai-Tibet Railway run through the whole territory, among which 315 national Road and 215 national road meet in Qaidam town.The altitude ranges from 2,829 to 5,655 meters, with an average elevation of over 3,400 meters.  In the area, high mountains and clean water, unique scenery.  The special geological structure of Dacaidan area has formed the modern natural desert landscape peculiar to the poor land, among which one of the most typical and peculiar landforms in the South Baxian Yadan landform has "imperial tomb", "thousand military tents" and other natural landscapes.There are high mountains and salt lakes all over the region. The geological structure and soil structure are complex, and the metallogenic conditions are good. Da Chai Dan hot spring is a natural spring water with a water temperature of 80~90℃. It is rich in more than 20 beneficial trace elements and can treat skin diseases and arthritis. 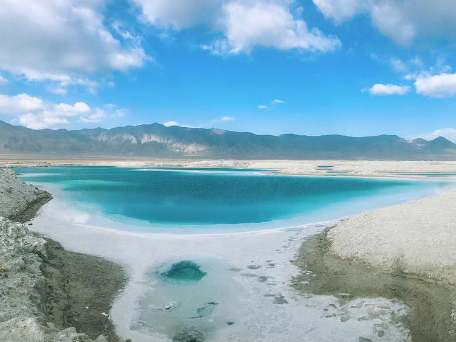 What to Visit in the Da Qaidam

Located in the north of Qinghai Province, China, the southwest foot of The Qaidam Mountain, the bank of The Qaidam Lake."Great Chai Dan" means great Salt ze, named after the lake.It covers an area of 11,000 square kilometers.  It has a population of about 20,000, most of which are Han, Mongolian, Tibetan and other ethnic minorities,Dun ge highway(Dunhuang to Golmud),  Qing Xing highway(Qinghai to Xingjiang) across the border.Located in the Qaidam basin abdomen, northeast is higher  than southwest .Poor natural conditions, landform meanly for Gobi desert, dunes and mountains.The average altitude is 3,173 meters.It is a plateau temperate continental climate, with an average annual temperature of 0.8℃and an average annual precipitation of 82 mm.Water resources are mainly groundwater(underground water).Rich in mineral resources, industrial power, machinery,metallurgy, automobile repair, oxygen, chemical industry as the pillar. 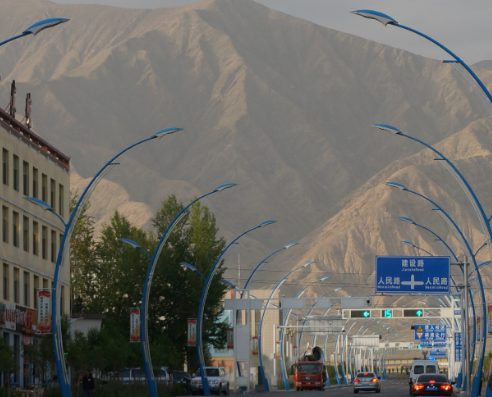 It is located in the northern margin of Qaidam Basin on the Qinghai-Tibet Plateau.It consists of a series of intermittently elongated mounds spaced by grooves, known to geologists as the Yardan landform.The Yadan landform in Qaidam is composed of lake sediments from the late Tertiary and early Quaternary 75 million years ago, which were lifted out of the water by geological movements, during which the salt and sand condensation of the crust was carved by erosion from the west wind.  They are widely spread in the northwest of Qaidam, is one of the world's largest and most typical Yadan landscape, distribution area of more than 1,000 square kilometers.Because of its strange and grotesque landform, erratic wind, the mysterious wind generated by the strange terrain, coupled with the iron rich rock, geomagnetic power, often make the compass failure, leading to the direction can not be lost,the world is regarded as the devil city, labyrinth, unique.With a total area of about 21,000 square kilometers and an average elevation of 3,260 meters,the Yardan in here is the largest wind-eroded soil forest group found in China. 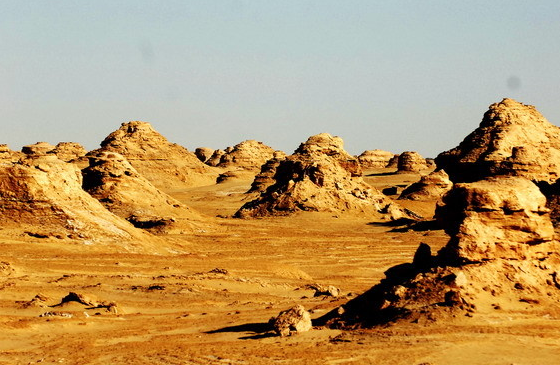 Little Chaidamu Lake, also known as Little Chaidan Lake, is located in the east of Little Chaidan transportation hub in Haixi Mongolian and Tibetan Autonomous Prefecture of Qinghai Province, covering an area of 69.82 square kilometers and belonging to the Qinghai-Tibet Plateau.  Its basin is divided into internal flow area river, two basin for the Qaidam internal flow area.You can come to the lake from the exit of the highway near the junction of the Deoko expressway and the Liuge Expressway.In the vast northwest Gobi, small Chaidan Lake like an oasis,From far can see it will be green,the lake is so blue, clear even can see the bottom.A half - man - tall reed grows in the lake, the breeze blowing, swaying swaying swaying, the environment is very beautiful, and opposite the vast Gobi desert formed a sharp contrast. 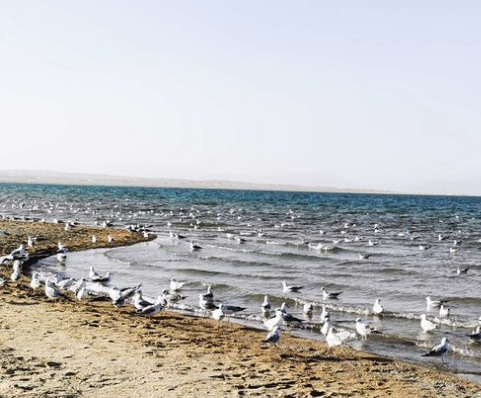 Jade Lake is located in the former Da Chai Dan Chemical Plant Salt Lake mining area in Haixi Mongolian and Tibetan Autonomous Prefecture, Qinghai Province.Because the lake is clear and blue under the sun, the color is like jade, so got the name "jade lake".Jade Lake is still a pristine, undeveloped landscape.The color of jade Lake is related to the concentration of minerals in the lake and weather conditions. The color of Jade Lake varies at different times of the year. 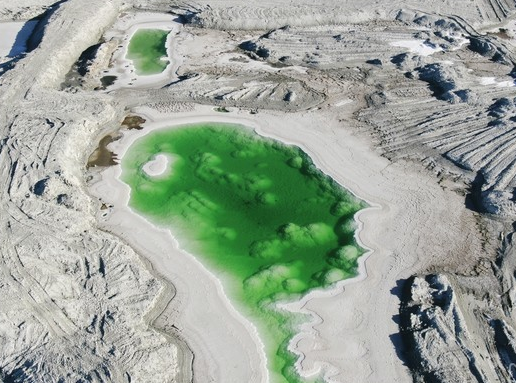