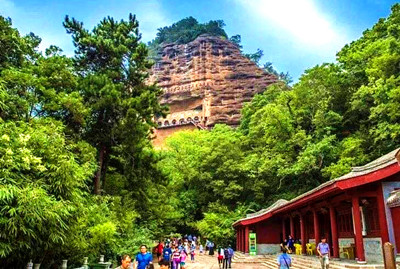 Locate 45 kilometers southeast of Tianshui City in Gansu Province, the Maijishan Grottoes, included on the World Heritage List in June 2014, is one of the most famous Buddhist Grottoes in China.

There are over 7200 sculptures and mural paintings that stretch over 1000 square meters. The site integrates the spectacular geomorphological landforms with historical, cultural, and artistic values, due to the significance and scale of the statues. 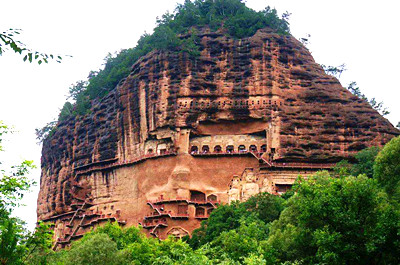 Best Time to Visit: Every July to October

What to Visit in Maijishan Grottoes

Many of the statues, especially those inside the grottoes, are exquisite and unusually beautiful. These elaborate statues were generally not created with indigenous stone, where the rock for these huge ornate statues was hauled up the mountainsides from somewhere else. 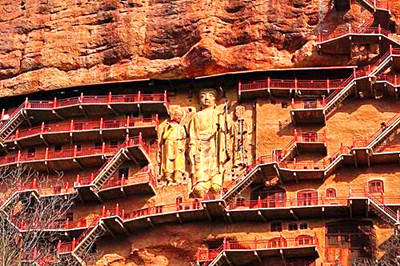 One hundred ninety-four grottoes of dynasties such as the Beiwei, Xiwei, Beizhou, Sui, and Tang, the Five Dynasties, Song, Yuan, Ming, and Qing are preserved in the area. There are 7000 clay sculptures and carved stone statues. Unlike the caves in the famous Mogao Grottoes, this grottoes group was built fully according to ancient Chinese tradition. 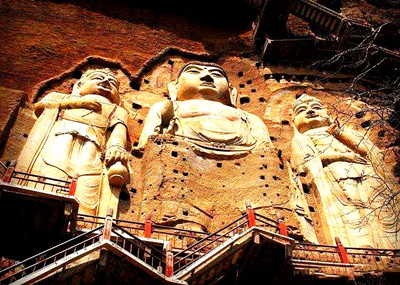 The Maijishan Grottoes are part of the Maijishan Mountain scenic reserve area with forest and various plants and animals. It is a beautiful scenic spot in the area and has exciting geology. The mountain peak is about 1,700 meters above sea level.

The tallest statue in the Maijishan Grottoes is 16 meters tall, and the smallest is only 10 cm tall. The figure in Grotto No.44 is called "The Venus of the East. "On the frocks of the statues in Grotto No.78 and Grotto No.128, patterns were curved with vivid detail. The figure is of delicate beauty in the seven-Buddha Pavilion, which is over 70 meters in height, and the frescoes on the top of the aisle are exquisite. The carved carriage and pedestrians are at the western end of the aisle, which is heading in different directions that can be viewed from different angles. It can be rated as the masterpiece of Chinese fresco composition. 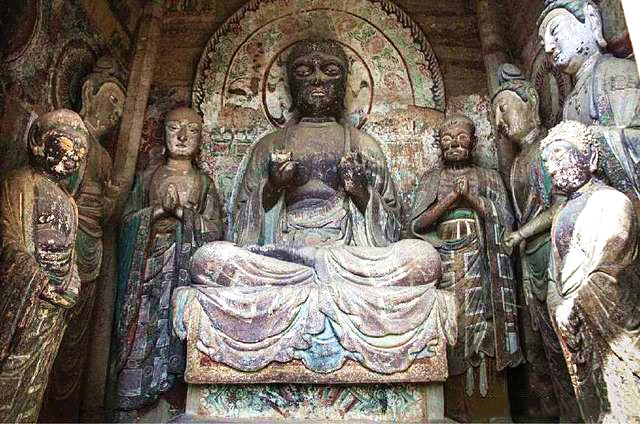 Located above the three great Buddha on the Eastern Cliff, about 70 meters from the ground, this magnificent cave with 31.7m in width and 13m in depth is the largest and highest in Maijishan Grottoes. Unlike other murals, these in Cave 4 present a combination of decoration and relief, which endows the flying apsaras a robust three-dimensional sense, and it looks like they will fly out of the wall at any moment.

Grotto No. 121: Whispering Bodhisattva and Disciple

At the west end of the upper layer on the Western Cliffs, it was created in the Northern Wei Dynasty (386-534 A.D.) and rebuilt in the Song Dynasty (960-1279 A.D.) while the original works of Northern Wei are still well preserved. A group of statues of a Bodhisattva and a disciple The most famous of this grotto. They lean towards each others'others' shoulders and smile sweetly, which seems like they are whispering. Unlike our ordinary impression of solemn Bodhisattva, they are like a pair of friendly sisters and brothers talking about something interesting. Based on real-life, ancient artisans created this group of immortal works that can arouse travelers' infinite imagination. 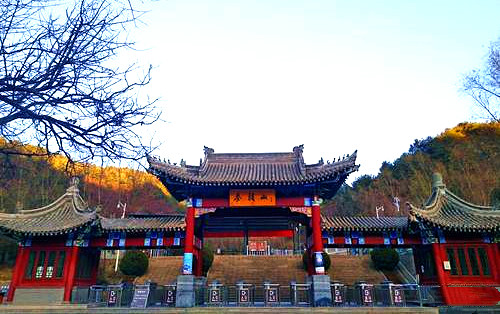 a. It takes about 1.5hrs to take a bullet train from Lanzhou West Railway Station to Tianshui South Railway Station. Upon arrival, take bus 60 to the parking lot of the Maijishan scenic area.

b. It takes 4-5hrs to take a normal train from Lanzhou Railway Station to Tianshui Railway Station, and then take bus No. 34 to the parking lot of the Maijishan scenic area.

Take a bus from Lanzhou Central Bus Station or East Bus Station to Tianshui and then take a taxi or local bus to the scenic area.